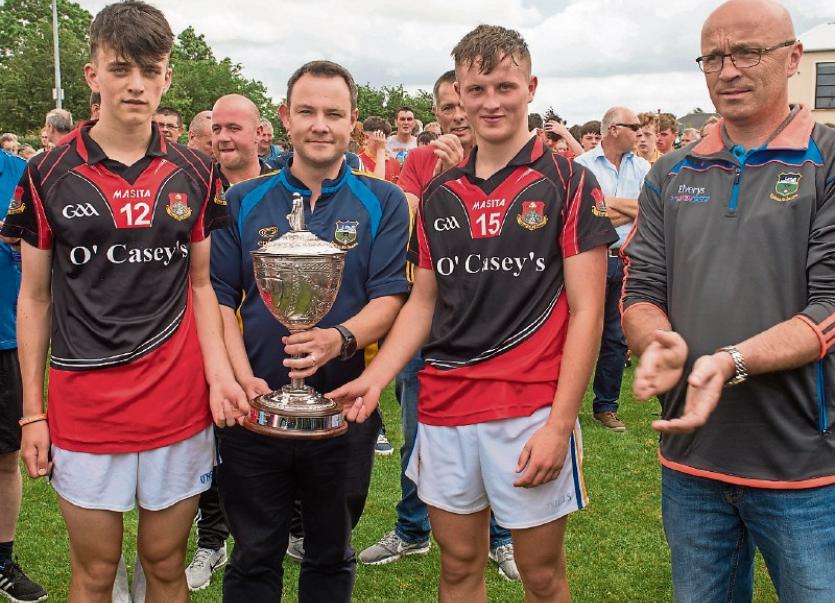 A first half Moycarkey goal blitz rocked the Ballyporeen-Clonmel Óg combo in the County u-16 'A' footbal lfinal at Golden but unfazed they kept their composure and when they levelled it with time almost up,  Christopher English was on hand to point a free to claim the win, 2-12 to 3-8.

A fast start for the South boys gave them a five point lead that felt like a distant memory as Kyle Shelly showed his skill set scoring three goals.

Losing Oisin Brennan after an early black card didn’t help the South boys, Kyle Shelly added two points as he accounted for all of Moycarkey’s first half total.

Ballyporeen Clonmel Óg, who went twenty minutes without a score, did score six without reply, three points either side of the halftime break saw them regain the lead.

It didn’t last long as  the lead changed hands on three occasions, the final change  coming with normal time just up a fortunate goal was followed by Darragh Brennan won free.

The scores came in waves, the first a  Christopher English goal, he pointed his first of five frees followed by a Darragh Brennan point from play. 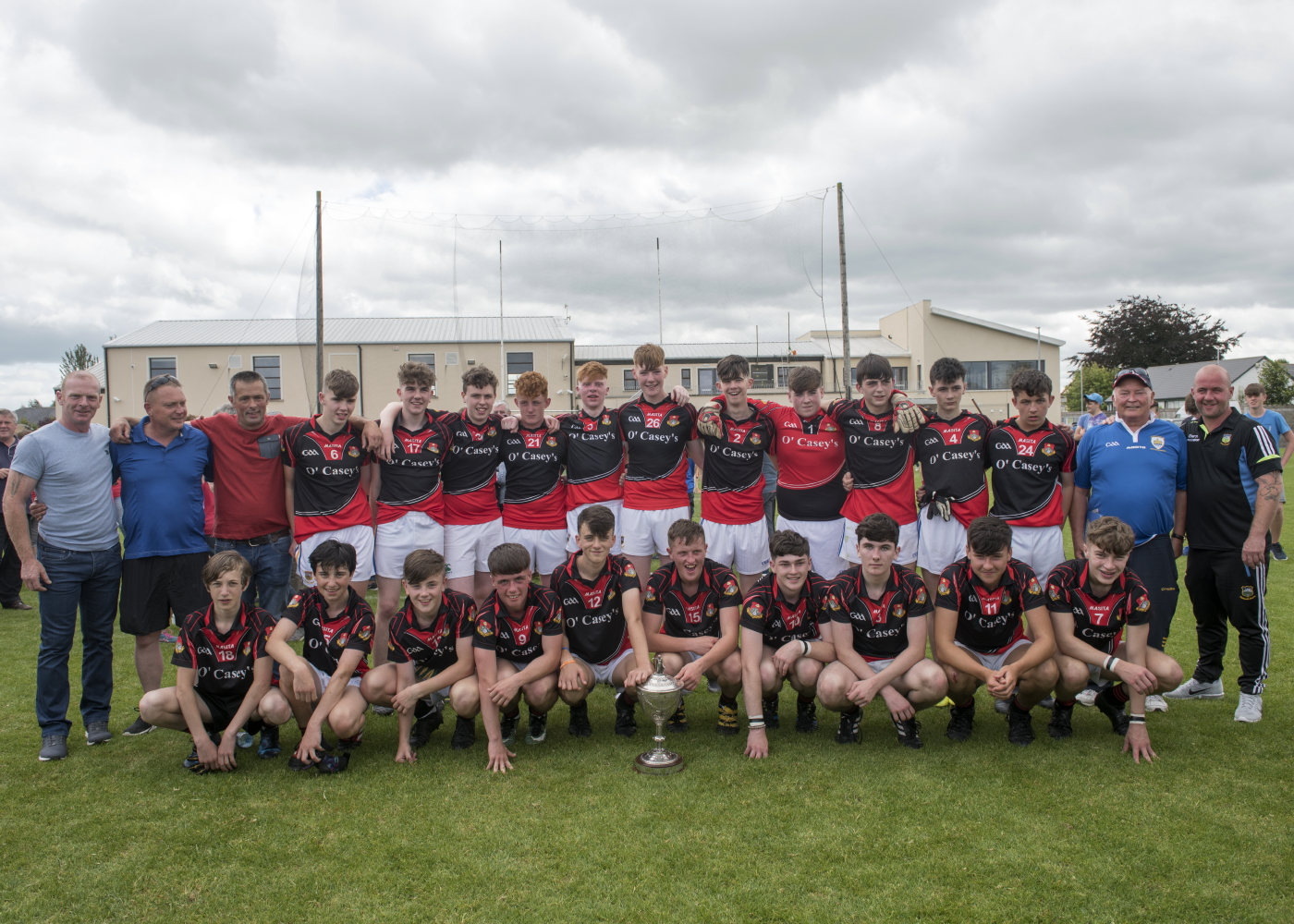 The Ballyporeen-Clonmel Og team pictured with the cup after winning the title.

Moycarkey five down would go three ahead - Kyle Shelly had a point from play followed by a free that saw centre back Oisin Brennan given a black card for a foul on Michael O’Donnell. Kyle Shelly blitzed the combo scoring a hat-trick. Christopher English bridged a twenty minute gap between scores with his second free. Ballyporeen Clonmel Óg had their best spell of the game Jack Dillon pointed a free, David Boyle added a point from play with the first half scoring ending with a Christopher English point from play, 3.2 – 1.6

The South boys  drew level and it  was the cool Jake Dillon’s point that gave his team the lead once again. Moycarkey equalised but once again the South combo retook the lead thanks to Darragh Brennan and a very difficult right side-line free by Christopher English.

Moycarkey had one last burst that looked to give them the win. A superb Liam Hayes point ended a sweeping move that started with goalkeeper Callum Gooney.

John Coffey and Andrew Alexander chipped in with points before a rousing Kyle Shelly free.

Time running out and the crucial final change of lead, Callum Gooney’s dive and save stopped Darragh Brennan’s initial shot on goal somehow the ball ended up crossing the line. It was all level and Ballyporeen Clonmel Óg had pep in their step. C onor Anderson and Darragh Brennan combined well earning a free up stepped Christopher English to point the winning score. Captains Rhys O’Regan & Christopher English collected the trophy from Chairman Tom Dawson and secretary John Sheehy.