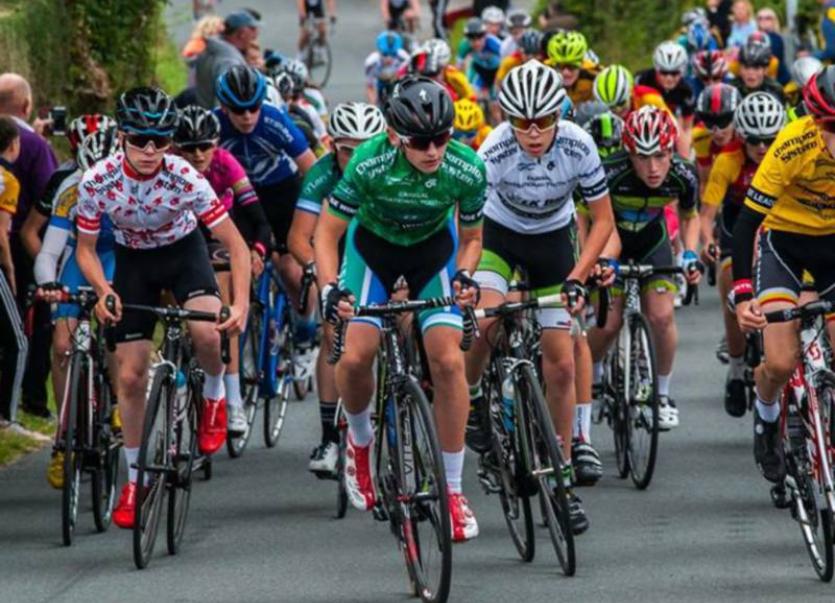 130 cyclists from Ireland, Italy, Britain, France, Poland and Spain will be racing around the roads of South Tipperary and West Waterford this weekend when the 11th annual Suir Valley 3 Day International Cycle Race takes place.

Final preparations are now being made for the event, which is the second biggest cycling race in the country after the An Post Ras.

"The cyclists' back-up crews and families, and support crews for the race, will bring hundreds more people into the area for the weekend", says Race Director Declan Byrne.

"The event is firmly established on the cycling calendar and is going from strength to strength", he said.

A strong contingent of Irish teams includes Team Aqua Blue, Strata 3 Velo, Mercedes Benz MSL, Team iTap, Planet X, Donegal Cycling Club and a team from Leinster, while there will be great local interest in the performance of Carrick Wheelers.

"The criterium around the streets of Clonmel on Sunday evening should be spectacular", says Declan Byrne.

"The circuit has been reduced from 2.1 kilometres to 900 metres and the cyclists will be coming around every minute and 20 seconds, and hopefully the crowds will come out to see all the action", he said.

The Suir Valley 3 Day is the only race in the country that's availing of the services of a professional timing company from Holland, and it will use the exact same timing system as the Tour de France.

All stages start from Kickham Barracks.

The first stage on Saturday 5th August starts at 1pm and heads to Carrick-on-Suir, crossing the bridge to take the Dungarvan Road to Lemybrien. Just before entering the village the race will turn right in the direction of Kilbrien but will have to go over the MauMau climb first.

From there it's onto Ballymacarbry, Newcastle, Clogheen, Ballylooby and finishing in the square in Cahir at approximately 3.45pm.

Stage Two on Sunday 6th August starts at 11am and follows a route made famous by Sean Kelly during his winter training spins as a professional.

The race heads to Dungarvan, then ascends the Pike Climb to Lemybrien, turning left to Carrick-on-Suir and heading on the back road to Clonmel, crossing the Gas House Bridge and up the Quay to finish in O'Connell Street at 1pm.

The fourth and final stage on Monday 7th August starts at 11am and heads to Cahir, Kilbehenny, Ballygiblin, Clogheen, the climb of The Vee, descending to Lismore, then travelling towards Dungarvan but turning left at the Master McGrath Monument ascending The Colligan Climb, then onto Ballymacarbry, then turning right to finish on The Nire Climb at The Gravel Pit overlooking Clonmel Golf Club.