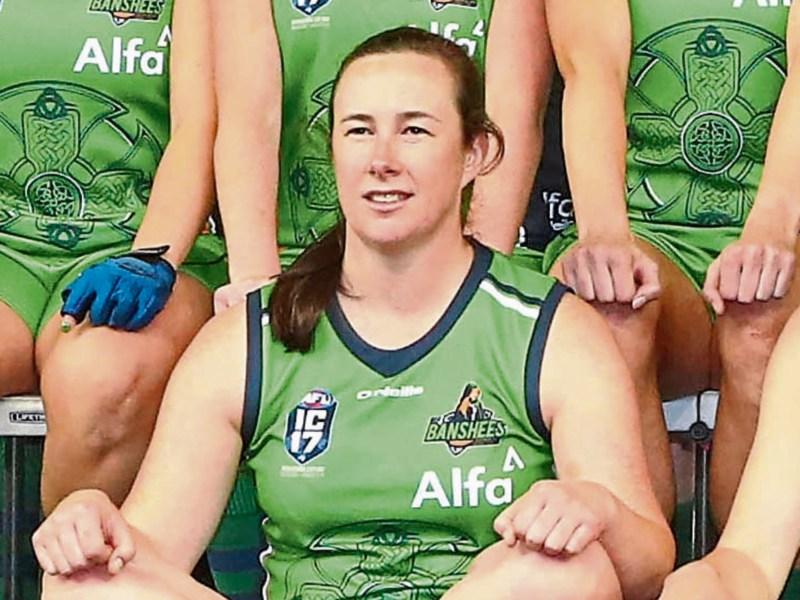 Congratulations to Sandra Ryan, Fethard, now living in Australia and a key player with The Alfa Irish Banshees – the Irish women's Australian Rules Football national team – who won the 2017 AFL International Cup final played in the Etihad Stadium, Melbourne, on Saturday, August 19. In a nail biting finish, with the Irish up by less than a goal, the ‘Irish Banshees’ held the valiant Canadian women out to secure a famous win.

Since first moving to Australia in 2007 on a one-year working holiday visa, Sandra was recruited by fellow Irish to play Gaelic football and Camogie for the Central Coast GAA Club. In 2008 the GAA joined forces with the AFL (Australian Football League) to start the annual Compromised Rules competition.

Sandra, along with some other Irish friends, then set up an Irish ladies’ team where she got her first taste of AFL. She then got involved with the Bondi Shamrocks team and was later one of three Irish players selected to play on the NSW state team to compete in the AFL National Championships in 2011.

Sport-loving Sandra has continued to represent her club, UTS Shamrocks, at International level and has really enjoyed her many years playing AFL – Melbourne’s main sport – the equivalent of hurling in Tipperary.