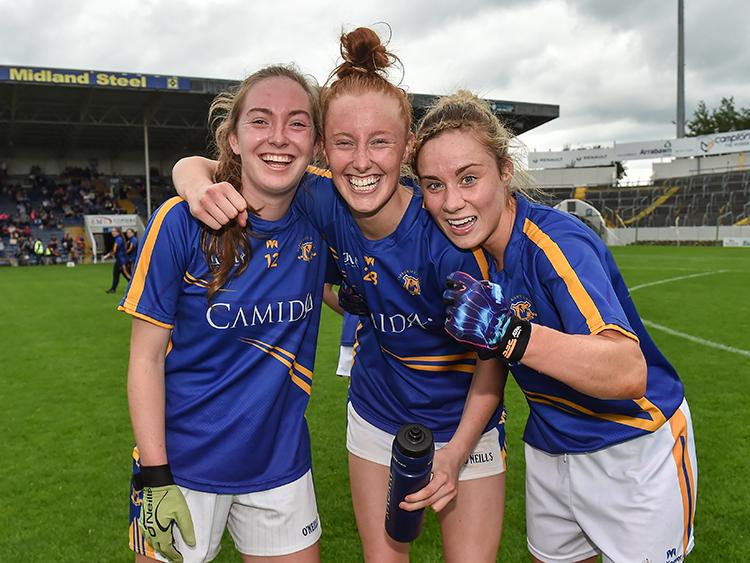 Tipperary’s Samantha Lambert is as impressive a captain as they come - the Ardfinnan player has an unmistakable physical aura and presence about her. Samantha certainly speaks quietly and appears unassuming, but you suspect that she can handle herself pretty well if things get rough. Indeed, Samantha Lambert is looking forward to the personal test that only an All-Ireland final and an opponent like Tyrone can pose on Sunday, September 24th.

"They (Tyrone) have been playing in division two of the league so they have been getting real tough games. They are a very physical side; they are fast and they are strong. We are under no allusions about what they are going to bring to the game. It will be tough and there will be absolutely nothing in it," Samantha Lambert explained.

"I am very excited and I feel privileged to be the captain of such a great team. Hopefully, we can finish off the job and I will be walking up the steps of the Hogan Stand next Sunday. Training is going well and there is a great buzz around. Hopefully we can do the job.”

FOOTBALL IS HER LIFE

The Lambert family is, of course, powerfully associated with ladies football in Tipperary - Samantha’s aunt Antoinette was on the 1980 All-Ireland winning senior team while her cousin Claire was on the 2008 intermediate outfit which claimed the All-Ireland crown. Indeed, Samantha Lambert revealed this week that football is a huge part of her personal life.

“It has always been a dream for me to captain the Tipperary team - this is an absolute dream; to walk up the steps really would be a childhood dream come through. Football has been a huge part of my life and it is my life really - to be honest I don't know where I would be without it. It keeps me going day-in, day-out. So, I would be lost without it," Samantha Lambert said.

The Tipperary captain, however, is experienced enough to know that dreams are for supporters to think about - the key to high performance from a playing point of view is to concentrate on the process involved in winning and not on the winning itself. If you concentrate on the job that needs doing the winning will look after itself.

“We are going to concentrate on the process the whole time - we are not going to think about the outcome at all. It's important that everyone does the job that they have been asked to do,” Samantha Lambert explained.

“If we all do what we can do it will, we hope, lead us to the outcome that we want. We just have to trust in the process that we have put together and trust in ourselves. I am sure that the outcome will look after itself." 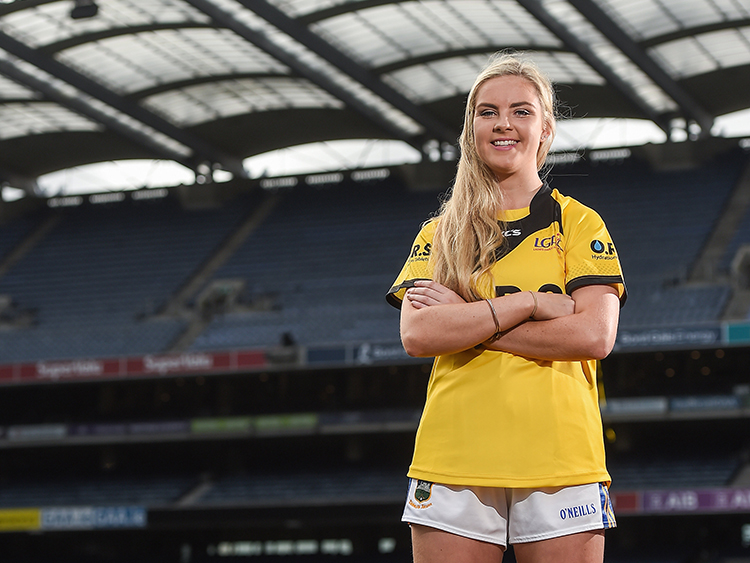 Aisling McCarthy is a rising star on the ladies football scene. Photo: Sportsfile

The 2017 Tipperary ladies football squad features six survivors from the side which won the All-Ireland intermediate final in 2008 (Samantha Lambert, Jennifer Grant, Patricia Hickey, Mairéad Morrissey, Gillian O’Brien & Catriona Walsh). The Premier County, of course, last participated in the intermediate All-Ireland final in 2013 when Tipp lost out narrowly to Cavan (1-12 to 1-14).

Maria Curley, a twenty-year-old rare combination of talent and fiery heart from Templemore, explained to the Tipperary Star this week that the more experienced members of the panel have spoken to the group about “the hurt” they felt following the 2013 All-Ireland final defeat.

“For the likes of us who are new to Croke Park it's not a big thing because we were not there and we didn't experience it. We didn't feel the joy or the hurt that the girls have. Deep down they are probably feeling that their last day in Croke Park was not a great day. They have explained to us how they felt and we really don't want to feel like that. They have not got back to Croke Park since so what they are trying to get across to us is that the opportunity does not come along every day - we might get to a final this year, but we might not get to another for years to come. So, we really have to take the opportunity by the neck and go for it,” Maria Curley said before explaining the impact that team captain Samanatha Lambert and vice-captain Jennifer Grant have on the playing squad.

“Sam (Lambert) just drives us on every single day of the week. Sam is brilliant in fairness - we could not ask for a better captain. And, Jen Grant, the vice-captain, is absolutely excellent. She is the backbone to us and we are so lucky to have her playing with us," Maria Curley said.

According to Maria Curley the Tipperary panel of players are enjoying the buzz associated with preparing to play in an All-Ireland final at Croke Park, Dublin.

“There is no better feeling,” Maria Curley explained.

“We have been training for this for so long now at this stage we are just waiting for it. We are ready and everybody is just biting at the bit. Training is going really well and everyone is just waiting for the game to come. Everyone is looking forward to getting to the big stadium, to seeing the big field and we are hoping to see a lot of supporters there too,” the Templemore star added.

"For myself it will actually be my first time playing in Croke Park. So, personally I am really, really looking forward to it,” Maria Curley said.

"We are unbeaten this year, but that will count for nothing if we don't keep our unbeaten status the next day. We got out of a couple of traps (during the campaign) - Wexford brought us close as well as Clare and we have played some great teams like Meath. If there was one word to describe us I would definitely say resilient - Wexford took us to the line three times and we just kept fighting back. It wasn't easy and credit to them because they are a brilliant team. And, it was the same with Meath. We let it slip for a while, but it was the same thing - we just kept fighting back.” 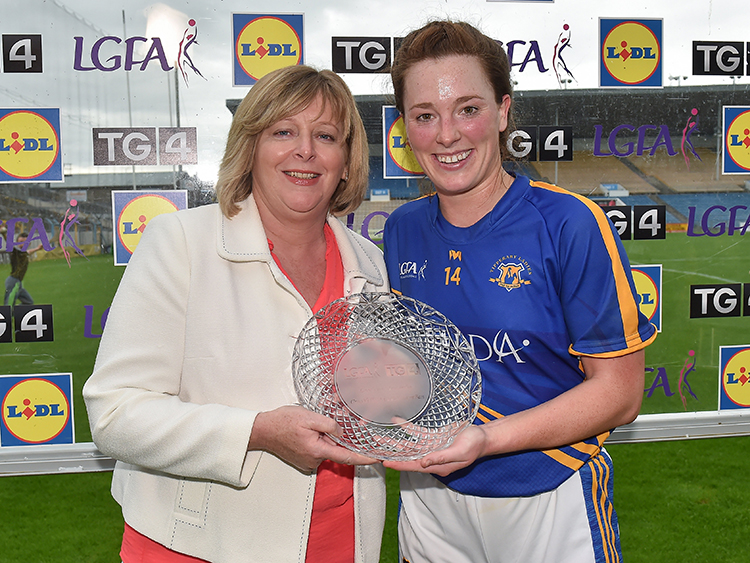