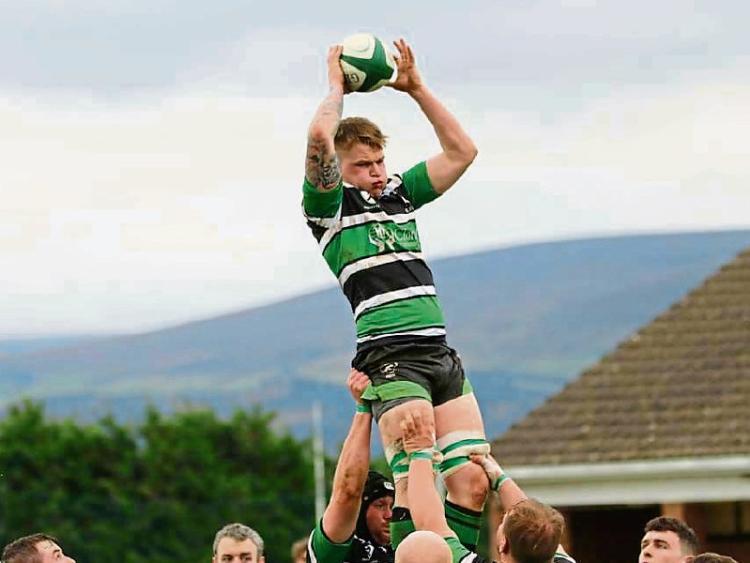 Clonmel set up an away draw against Ashbourne in the All-Ireland Junior Cup on November 11th with a hard-fought win against Westport last weekend.

Clonmel started well, with a penalty by Dylan Cadogan followed by a try for Luke Hogan.

Clonmel have been in try-scoring form in the League and three tries against the Connacht men continued this form.

Hogan made the try for himself with a kick over the head of the Westport backs which he collected to score under the posts. Cadogan converted.

Westport were not out of the game yet, though. An interception by the Westport number eight brought them down the pitch for a fine try.

They followed this up with a second. A wayward quick was received by the big Westport centre, who broke a couple of soft tackles to put Westport into a two-point lead.

A penalty for offside pushed Clonmel into the narrowest of leads.

A second penalty came soon afterwards with a moment of controversy.

As Clonmel attacked, Westport made a forlorn attempt at an intercept. The referee awarded a scrum initially but after consultation with his touch-judge he changed his decision to a penalty and a yellow card, as the Westport player had no chance of making the catch. Cadogan converted the penalty to put Clonmel into a 16-15 lead at half time.

The move of the match came early in the second half as man of the match Luke Noonan played a series of passes down the left wing before Clonmel got in for a try.

Westport came back with great hands and recycling to create a try of their own two minutes later.

Nick Thompson then received the ball in his own half from a high kick. He fed the industrious John Gallagher who broke down the pitch.

This was followed by a rampaging run by Neville Melbourne to bring Clonmel within a couple of yards of the Westport line. Immense pressure brought a penalty to Clonmel. They opted for the scrum and a set play saw Luke Hogan crash over for his second try of the day.

This weekend Clonmel face Kilfeacle away as they resume their league campaign.

These boys are really gaining pace under new management.