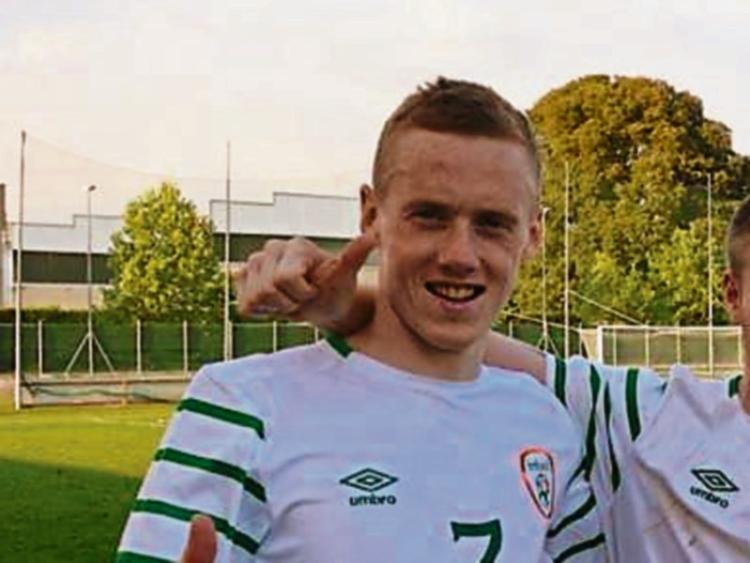 Jimmy Carr played a leading role as St. Michael's beat Waterford side Hibs 4-1 in the preliminary round of soccer's Munster Junior Cup at Cooke Park, Tipperary.

This Munster Junior Cup preliminary round game was a lot closer than the scoreline would suggest, as Waterford Premier side Hibs brought a lot to Cooke Park and outplayed St. Michael’s for spells.

Hibs were in the ascendancy in the third quarter, but eventually the Tipperary side showed why they are a top side and closed out the game to take their semi-final place.

The hosts were aided by three serious goalkeeping errors, which proved that you can’t give gifts to the better teams in junior football.

Saints made a lively start and Jimmy Carr did well to win a corner in the eighth minute which Jonathan Kennedy headed to the net to open the scoring.

A third arrived five minutes before the break when Carr picked out a pass to Richie Ryan on the left and he showed composure to deftly chip the ball over Whitty into the net.

This looked like giving the hosts a very commanding position going into the half time break, but a good Hibs move saw Mark O’Keeffe win possession on the left wing and his cross saw Thomas Whitty finish well from 12 yards to make it 3-1, two minutes before the interval.

Hibs came out strongly at the start of the second half and took the game to the Tipperary champions, enjoying the bulk of possession and pushing their opponents back repeatedly.

The home side fed on scraps for a lot of the half but this was the kind of game that showed what an excellent defensive unit the Saints have had for the past decade or so. They soaked up the pressure and frustrated the Waterford side by giving them no clear path back into the game.

The Saints finally re-asserted their control and fifteen minutes from the end Whitty in the Hibs goal again failed to hold onto an effort from Sean Guerins, and the scoreline was now 4-1 to Saints.

Both sides used their benches but there were no more goals, as the home supporters enjoyed watching their side close out another cup victory.