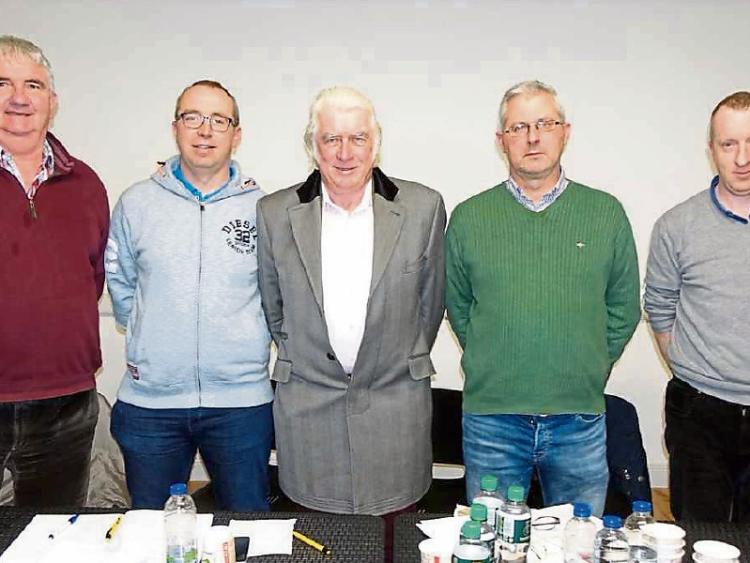 The draws for the 2018 West Hurling and Football Championships took place in Golden at the adjourned convention of West Tipperary GAA.

Just two teams go to post for this year’s West Senior Hurling Championship. Clonoulty/Rossmore will be looking to go clear at the top of the roll of honour, after drawing level with Cashel King Cormacs on eighteen titles in 2017.

Clonoulty/Rossmore will be aiming for a third title in-a- row while Eire Og Annacarty last won the title in 2015, when they completed three in-a-row.

This year’s West final is currently fixed for the weekend of April 22nd.

There will be eight teams in this year’s West Intermediate Hurling Championship, which will be run on a knockout basis.

The first of the quarter finals is a repeat of last year’s quarter final, as defending champions Cashel King Cormacs get the defence of their title underway against 2013 champions Arravale Rovers.

Cashel King Cormacs have won two of the last three titles in the grade while Arravale Rovers will be aiming to win their first game in the competition since their 2013 final victory over Sean Treacys.

In the second quarter final, 2016 champions Sean Treacys will take on 2014 champions and beaten finalists in 2016 Lattin/Cullen Gaels.

Sean Treacys failed to defend their crown in 2017, going down to eventual champions Cashel King Cormacs at the semi-final stage while Lattin/Cullen Gaels also went down to the same opposition in the final.

Galtee Rovers and Cappawhite will meet in the third quarter final, which will be a first meeting in the grade. Galtee Rovers were the last team to retain the competition in 2010 when they completed four in-a- row. They last appeared in the final in 2015, losing to Cashel King Cormacs.

Cappawhite are in their third year in Intermediate and will be looking for their first victory, having drawn two and lost two games in the competition to date. They were beaten county semi-finals in 2017.

The final quarter final sees Knockavilla/Donaskeigh Kickhams take on Golden/Kilfeacle. Kickhams will be playing Intermediate hurling for the first time since regrading for the 1992 campaign, which ended with them claiming county honours.

Golden/Kilfeacle were beaten finalists in 2014 and 2016. Golden/Kilfeacle will be looking for their first title in the grade since 1995. Incidentally the sides last met in the Intermediate grade in the 1992 championship, which was won by Knockavilla/Donaskeigh Kickhams.

Following Knockavilla Donaskeigh Kickhams' decision to regrade to Junior B there will be just three teams in this year’s West Junior A Hurling championship – defending champions Clonoulty/Rossmore, last year’s finalists Rockwell Rovers and Emly, who last won the competition in 2010.

There will be a double round of games, with the top two teams going through to the final following  four games.

The competition will be split into two groups, with the top team in each group qualifying for the semi-final and the second and third teams in each group reaching the quarter finals.

Group 2 features the past two champions, Cappawhite (2017) and Cashel King Cormacs (2016) along with the beaten finalists of the past two years, Arravale Rovers.

Arravale Rovers won their only title in 2011. They are joined by Golden/Kilfeacle, who last won the competition in 2013, and by Knockavilla/Donaskeigh Kickhams who have regraded from Junior B.

The competition will be run on a round robin basis, with the top two teams reaching the decider.

Clonoulty/Rossmore were Minor A Hurling champions three years ago, defeating Emly/Treacys in the final.

There will be eight teams in the reckoning for the West U-21 B Hurling championship. They will be divided into two groups, with the top two teams in each reaching the semi-finals.

Three teams will battle it out to be West Minor A Hurling Champions for 2018 – Cappawhite Gaels, Cashel King Cormacs and Galtee/Golden.

The competition will be run on a double round robin basis, with the top teams reaching this year’s decider.

Seven teams will enter the West Minor B Hurling Championship. They will be divided into two groups, with the top two in each reaching the semi-finals.

The remaining teams will play in a shield competition.

Emly/Treacys were West U-16 B Champions in 2016 and were also beaten county finalists.

In 2018 there will be no link between the divisional and county championships in Senior Football. This year’s championship will be run on a round robin basis, with the top two teams playing in the decider.

Arravale Rovers are defending champions, having won four of the last seven titles in the grade.

Galtee Rovers were beaten finalists in 2016 and 2017 and last won the competition in 2014. Aherlow Gaels were defending champions in 2017 but failed to retain their crown, while Eire Og Annacarty/Donohills’ sole title came in 2012.

Aherlow were the last team to retain the title back in 2010.

As in 2017 there will be four teams in the championship,  which will be run on a round robin basis, with the top team reaching the final and the second and third teams playing in the semi-final.

Rockwell Rovers are defending champions, having won nine of the last eleven titles in the competition. They will be joined by 2016 champions Golden/Kilfeacle, last year’s beaten finalists Clonoulty/Rossmore and Cashel King Cormacs who last won the title in 2012.

Following Cashel King Cormacs' victory in the County Junior B Football championship in 2017 there will be seven teams in this year’s Junior A Football Championship.

The competition will be run on a round robin basis, with the top four teams making the semi-finals.

Knockavilla/Donaskeigh Kickhams are defending champions and they will be joined by 2016 champions and beaten finalists in 2017 Sean Treacys.

Cashel King Cormacs, Junior B champions in 2017, make up the seventh team.

Six teams will aim to become West Junior B Football champions in 2018. The competition will be run on a round robin basis, with the four teams making up the semi-finalists.

The U-21 A Football championship sees four teams enter the race to become champions.

The competition will run on a round robin basis, with the top two teams contesting this year’s decider.

Three years ago in the Minor A Football championship Galtee/Golden defeated Arravale/Eire Og in the final.

‪Seven teams enter this year’s West U-21B Football championship, which will be divided into two groups. The top team in each group will contest the final.

In the Minor B Final in 2015 Clonoulty/Rossmore defeated Knockavilla Donaskeigh Kickhams.

Four teams will play in this year’s West Minor A Football championship, which will be run on a round robin basis, with the top team reaching the final and the second and third teams playing each other in the semi-final.

There will be six teams in the West Minor B Football championship. They will be divided into two groups of three, with the top two teams in each qualifying for the semi-finals.