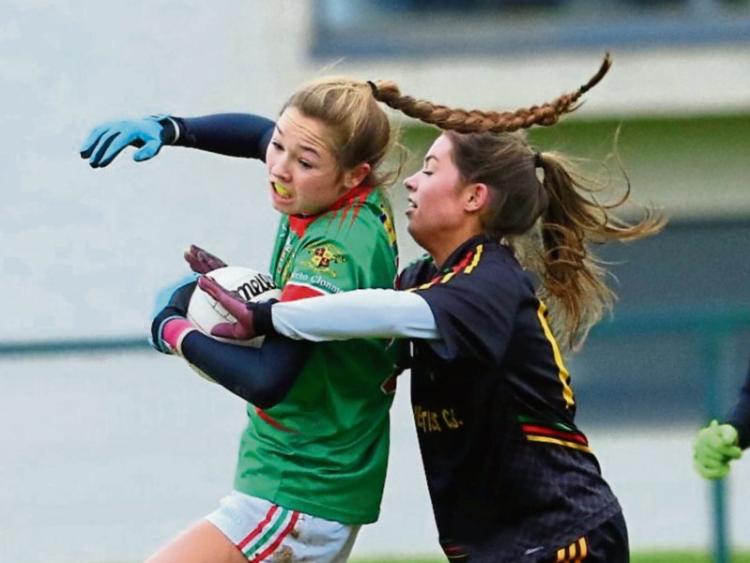 Niamh Martin (left) takes on the St. John the Baptist defence to set up yet another scoring chance in the Loreto's comfortable victory in the Munster Post-Primary Schools Senior A football semi-final

These are exciting times for the footballers of the Loreto Secondary School in Clonmel.

Five years ago their teams were competing in the C division but their Senior and Junior Footballers are now preparing for Munster finals in the A division.

The Intermediate School from Killorglin, Co. Kerry, will provide the opposition in both finals.

The senior contest goes ahead at 1pm in Mallow this Saturday while the Junior decider is scheduled for Tuesday February 27th.

Loreto cruised into the Senior Final following a comprehensive win over Limerick team St. John the Baptist in Kilsheelan.

This match was a re-fixture following the abandonment of the original game in December.

On that occasion Loreto struggled to keep up with the 2017 All Ireland A champions.

However when the sides met again there was only one team in it, as Loreto dominated proceedings from start to finish to win by 6-19 to 2-3.

They raced into an early lead as they picked off some beautiful points. 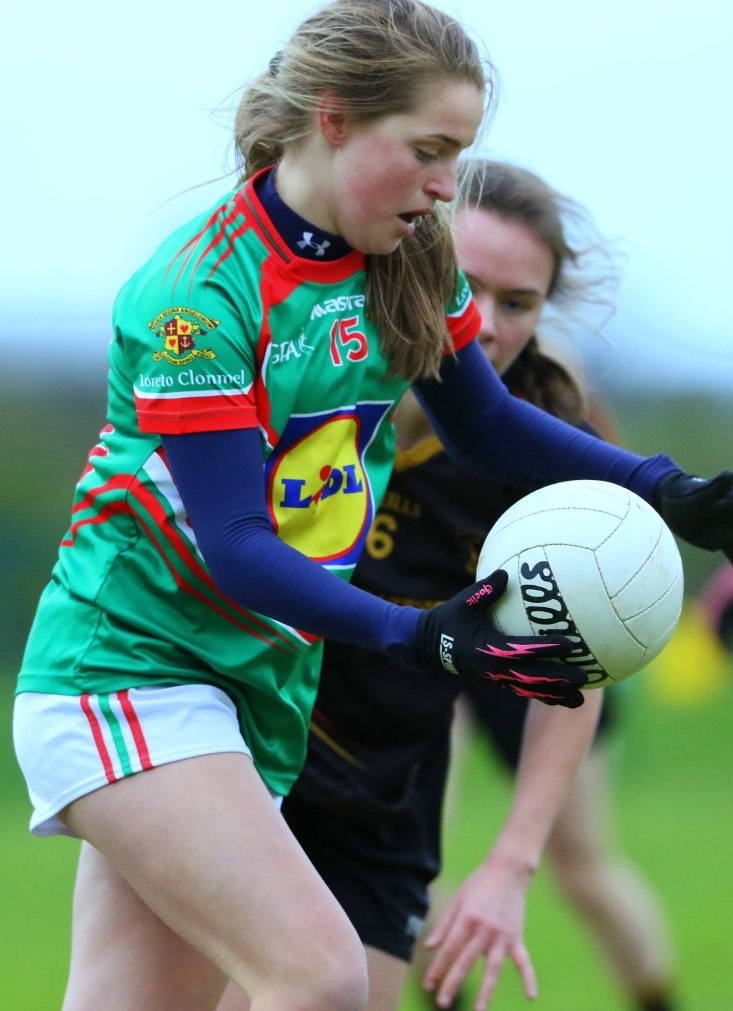 Above - Loreto's Jenny Everard on the move before scoring yet another point in the Munster Post-Primary Schools Senior 'A' semi-final against St. John the Baptist from Limerick, a game that the Clonmel school won easily. They play Intermediate School, Killorglin in Saturday's final in Mallow (throw-in 1pm).

The goals came from Kelly Anne Hogan and Jenny Everard and the game was virtually over at half time when they led by 2-11 to 0-1.

Loreto  continued to dominate in the second half and a plentiful supply of ball from the backs and centrefield created more scoring chances.

Ava Fennessy showed her class, as she scored three goals in the second half.

Reaching the Senior Final is a great achievement for the Clonmel school in their first year in the A competition.

Following the semi-final Anna Carey and Jenny Everard travelled with the Munster Post-Primary squad to play the Interprovincal tournament. Munster lost the final to a strong Ulster side 2-3 to 1-3.