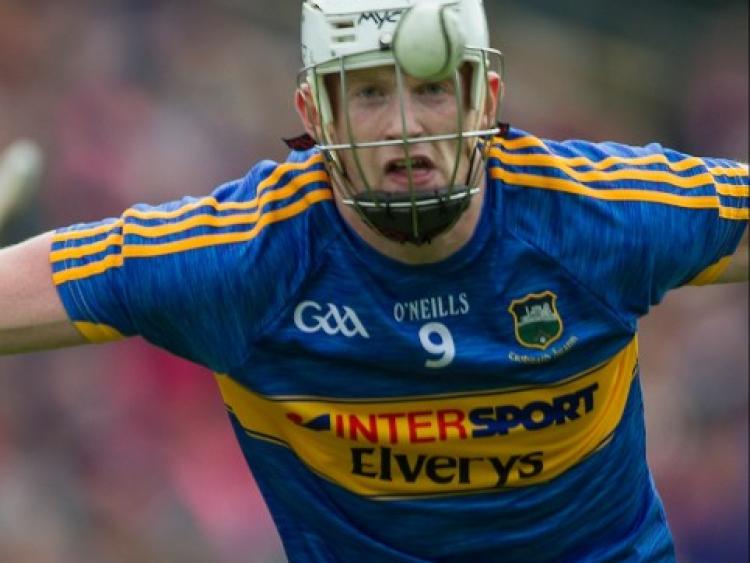 Michael Breen scored 2-9 when Tipp were beaten by Kilkenny in Nowlan Park on Sunday.

Tipperary's hopes of a first Allianz National Hurling League victory in Nowlan Park in ten years were dashed in a frantic finale at Nowlan Park on Sunday.

The defeat means that Tipp must beat Cork in Semple Stadium next Sunday to be sure of a place in the quarter-finals.
In the course of an exciting second half at a sunny but cold Nowlan Park, the visitors came from seven points down to lead by two, but Kilkenny finished the stronger to claim the win.
Kilkenny led by a point at half time but goals from Walter Walsh and Luke Scanlon extended their advantage to seven within three minutes of the re-start.
Tipp, however, who were without several of their marquee names, slowly worked their way back into the game. Michael Breen got their comeback going when he kicked the ball to the nine minutes into the second half. And it was game on again when Breen, who was one of Tipp's best players, scoring 2-9, fired home his second goal four minutes later.
Second half substitute Mark Russell, whose physicality caused the Kilkenny defence an amount of problems, had the teams level midway through the half and Tipp forged two ahead with points from Billy McCarthy and Michael Breen's free.
But they couldn't sustain the momentum. Tipp looked to have snatched a draw when Michael Breen pointed after good approach work by Sean Curran, as the game entered its dying moments. But Kilkenny had the final say with Richie Leahy's winning point in additional time.
Tipp manager Michael Ryan resisted the temptation to summon Padraic Maher and Noel McGrath from the bench, and they were also without Jason Forde, John McGrath, Barry Heffernan and Paul Maher, who were on the UL team that beat DCU in the Fitzgibbon Cup Final the previous day; as well as Seamus Callanan, John 'Bubbles' O'Dwyer, Dan McCormack, Michael Cahill and Joe O'Dwyer, who are all injured. Cathal Barrett was named in the starting line-up but his hamstring injury forced him to give way to Donagh Maher.
Nonetheless they had fine performances from Donagh Maher and Alan Flynn in defence, while Brendan Maher was in good form at midfield.
Michael Breen was the star man in attack, with Sean Curran, 'Bonner' Maher, Billy McCarthy and Niall O'Meara (until his withdrawal with a shoulder injury) playing strong supporting roles, while substitutes Cian Darcy and Mark Russell made good impressions.

Kilkenny held a slender 0-13 to 0-12 advantage at the midway stage, thanks to TJ Reid, who scored nine points in that opening half.
Tipp made a bright start and led by 0-4 to 0-1 after seven minutes, with points from Sean Curran, Niall O'Meara (0-2) and Michael Breen's free.
But their progress was hampered by the six wides that they shot in the opening quarter of an hour, a period during which Kilkenny didn't miss with any of their six shots as they led by 0-6 to 0-5 after 15 minutes.
Tipp finished the opening period with nine wides, compared to Kilkenny's four at the conclusion of a half in which the sides were level five times. Kilkenny had ten wides in the second half, compared to Tipperary's two.
Kilkenny looked like they would be heading to the break with a three-points lead but Tipp took closer order with late points from Michael Breen's free, and another point from play from Brendan Maher
Brendan Maher, who was dominating midfield with good support from Ronan Maher, had three points from play in the first half.
Each side had a sight of goal in the opening 35 minutes. Billy McCarthy snatched at his shot when a Kilkenny puckout went astray in the 31st minute, while two minutes earlier Martin Keoghan's effort was deflected for a 65.