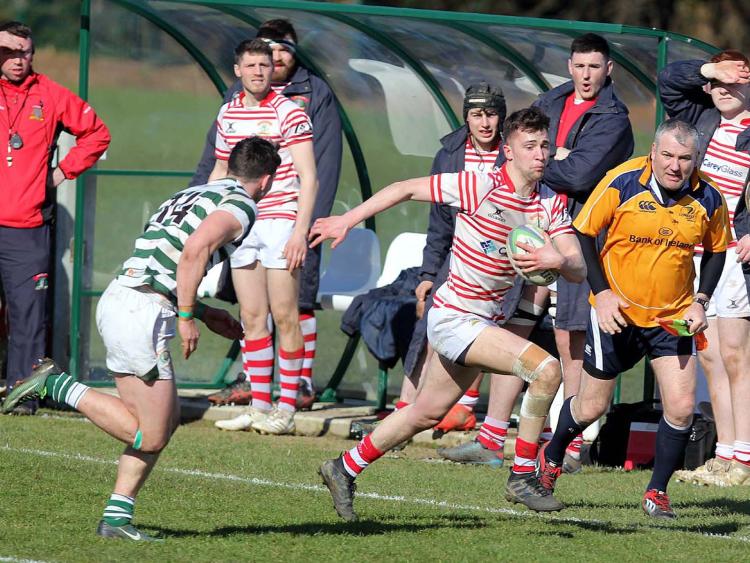 Having now lost four successive games in division 2A of the Ulster Bank League Nenagh Ormond need to find their form fast or the Tipperary outfit could well drop out of the play-off places.

And, on Friday night, March 30th Nenagh Ormond host bottom side Galway Corinthians at New Ormond Park (8pm) in a crucial game - City of Armagh are at home to Blackrock College on Saturday. So, if Nenagh slip up on Friday night having already lost successive contests to Highfield (13-15), Galwegians (14-16), City of Armagh (26-39) and most recently Greystones (24-31) last weekend the Ulster side could well overtake the Tipperary outfit.

League leaders Malone and second-placed Highfield have set the pace in the division this season - Malone appear assured of automatic promotion while Highfield have a play-off berth sewn up. The second, third and four-placed side in the division also progress to the play-offs meaning that, essentially, three teams (namely Nenagh Ormond, Cashel RFC & City of Armagh) are battling it out for the two remaining places.

Last weekend Cashel RFC lost to champions-elect Malone (17-22) and will return to action in the penultimate round on April 7th when both Tipperary clubs are at home: Cashel host Blackrock College and Queens University pay a visit to Nenagh. In the final round on April 14th Cashel RFC face Galwegians away from home and Nenagh Ormond take on champions-elect Malone (away).