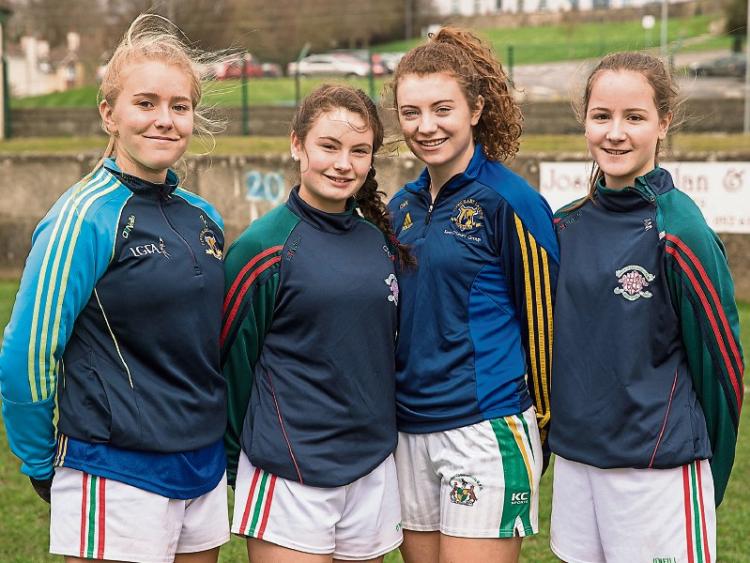 What has already been a fairytale season for the senior footballers of the Loreto Secondary School in Clonmel can get even better this weekend, with the team within touching distance of All-Ireland glory.

Loreto will be hoping to bring plenty of support with them on their trip to the Westmeath town of Kinnegad on Saturday when they take on Loreto Cavan in the Lidl All-Ireland Post Primary Schools Senior A Ladies Football Final.

The throw-in is at 3pm and the outcome will be decided on the day.

The team's qualification for the final ranks as an achievement in itself.

The Loreto won the All-Ireland C title in 2011 and since then the school's standard of  football has come on in leaps and bounds.

They competed in the B grade last season, when they won the Munster Championship and reached the All-Ireland Final, where they were beaten by a very strong Rochford Bridge team.

Their promotion to the A grade this season couldn't have gone any smoother for this talented side, which includes underage stars from Tipperary and Waterford in its ranks, as they go into Saturday's final as Munster champions and on the back of a five-game winning run. "This being our first year in the A grade, we were hoping that we would at least compete in the group stages", says manager Niamh Barry (pictured above with captain Cora Maher and coach Brian White).

"The girls have shown great determination and proved that they were well able for the step-up".

The Loreto began their campaign with a convincing 3-22 to 2-3 defeat of Scoil Mhuire, Carrick-on-Suir. They followed that up by beating St. Augustine's College, Dungarvan, in a high-scoring encounter by 6-14 to 8-7.

Their good form continued in the Munster semi-final, when they hammered St. John the Baptist Community School, Limerick by 6-19 to 2-3.

The final produced a milestone success for the Loreto, when they collected their first Munster A title following a deserved 1-12 to 1-7 win over Intermediate School, Killorglin in Mallow.

The dominance of Player of the Match Kellyann Hogan and team captain Cora Maher at midfield provided the platform for victory and they were well assisted by Ava Fennessy, Niamh Martin, Sadhbh Hallinan and Anna Carey. From there it was onto the All-Ireland semi-final, where they proved too strong for Scoil Chriost Ri from Portlaoise, winning by 3-14 to 2-9.

Ava Fennessy helped herself to 1-8, with Anna Carey scoring 2-2 as they blitzed Portlaoise with a powerful second-half performance, following a slow start.

Now they must raise their game again when they face the Cavan school, which has a rich pedigree in the game, having reached last season's All-Ireland Junior A Final and qualifying again for this year's decider in that grade.

The Clonmel side's manager believes that this "young and fast team" has benefitted from the experience of last year's run to the All-Ireland B Final. "A lot of the players wouldn't have played at that level or reached a Munster Final, let alone an All-Ireland Final, but they've really matured this year", says Niamh Barry.

The Bride Rovers, Cork clubwoman, who is assisted by Brian White, Commercials, says that the players' clubs have played a huge part in the team's success to date.

"They're coming from really good clubs and a lot of the work is done at club level", she says. "It's then a matter for us to get them playing to a system". The manager says that training during school holidays has never been a problem for what she describes as "a very committed and dedicated bunch".

She added, "there's a great atmosphere in the school, everyone is really looking forward to Saturday's final".