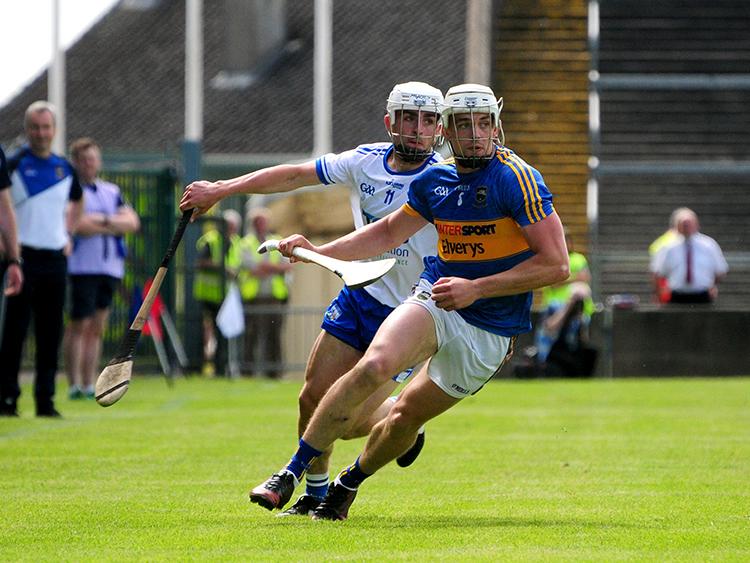 There was plenty of reaction to Sunday's dramatic Munster Senior Hurling Championship clash between Waterford and Tipperary at the Gaelic Grounds in Limerick which finished 2-22 apiece. And, although the result rescued the Premier County's season (for now at least) Derek McGrath's side were well entitled to feel hard done by, especially considering the ghost goal that wasn't.

Waterford had legitimate cause for complaint. This game jack-knifed in the last quarter but a highly controversial goal in the 62nd minute was central to the drama. Waterford’s ire was focused on a goal that should not have been awarded. When a long-range free from Jason Forde dropped into the Waterford square, Austin Gleeson tried to grab it. The ball popped out of his hand but the centre back reclaimed it at the post just as it was about to cross the line. TV pictures showed that his arm was to the side, his elbow didn’t bend backwards as he grabbed the ball just at the post, his fist directly in line with it. Yet the umpire at the far post - who would have had to be looking directly across the line, and he wasn’t in that position - put up the green flag.
Christy O’Connor (The Times, London)

It was an epic contest. Waterford will be disappointed not to have closed the match out. They did lose their way but you have to give it to Tipp too. They were manful and defiant but they are still floundering. They remind me of an old champion boxer, still relying on their class and guile to stay alive, but still just one big punch from hitting the canvas and not getting up. Will Clare be able to deliver that knockout blow next week? After being fresh from a week off, it is certainly possible now. Everything is in Clare’s favour to drive Tipp out through the ropes and out of this championship.
Anthony Daly (Irish Examiner)

For a game that wasn’t won or lost it won’t be easily forgotten - especially the 62nd minute goal for Tipperary, a Jason Forde pot shot, caught cleanly just before the Waterford goal line by Austin Gleeson, rather than over it. Only the one person who did believe it counted was the match umpire, who raised the green flag without consulting with his colleague.
Ian O'Riordan (Irish Times)

To put it simply, they can't go on like this. If Tipp are to be what many believe - genuine contenders for the Liam MacCarthy - then yesterday's get-out-of-jail escape at the Gaelic Grounds will have to mark a watershed moment in their summer. Once again they came out of the blocks like the walking dead, lumbering through a grim first-half performance before eventually finding their feet.
Cyril Farrell (Irish Independent)

The decisions made by Alan Kelly and his umpires will live long in their memories as they will anyone who saw them award Tipperary a second goal at the Gaelic Grounds. Dare it be said but it’s a moment that could, unfairly as it might seem, define Kelly’s career. How Alan didn’t give square ball for Jake Morris being in the parallelogram in the first place was the initial problem. The second problem was obviously the better-placed umpire not nodding to his colleague at the far post with the green flag that Austin Gleeson had actually caught the ball before it crossed the goal-line.
Brian Gavin (Irish Examiner)

Controversy like that which swept through the Gaelic Grounds, has an unfortunate tendency in the GAA to disadvantage the afflicted. The herculean efforts of Derek McGrath’s Waterford to set aside the various injury woes that had beset them after their first championship week deserved better on Sunday in Limerick. That’s not just aspirational piety. The goal awarded to Tipperary in the 62nd minute simply shouldn’t have stood, as camera angles confirm that Jason Forde’s dropping free was caught clearly outside the goalline by Austin Gleeson. There was even a further question of a square-ball infraction.
Seán Moran (Irish Times)

A day threatening to descend into a memorial service for Tipperary hurling turned rogue in the soupy Limerick air, all those old ghosts Waterford suspect lurk in the stonework of this place suddenly coming for their corpse. They struggle to recall a good day on this field and yesterday, despite leaving with a Munster Championship point, came to feel like another cursed excursion. Eleven points up with just 16 minutes remaining and hurling with an extra man, Waterford looked comfortable enough to see out the remainder in shades and flip-flops. But then the sky caved in above them.
Vincent Hogan (Irish Independent)

The width of a post has often been the difference between victory and defeat. Not here. No, it was the width of an umpire’s head that was pivotal in helping to decide that Waterford would not hold on to an astonishing lead.
John Fogarty (Irish Examiner)

Circumstances have been kind to Michael Ryan's side. Waterford are so depleted, it's impossible to see anything other than a Tipperary win. Provided his players aren't thinking that way, the real question appears to be how big the final winning margin is likely to be.
Jamesie O'Connor (Sunday Independent)

Sunday’s comeback draw with Cork was a reminder that Tipperary still have the quality to win an All-Ireland, but the first half echoed a discordant beat that has been produced all too regularly since the glory of 2016.
Shane Stapleton (The Times, London)

Tipp have the sweeper system sussed but they're vulnerable themselves in their full-back line so I'd love to see Waterford throw caution to the wind; put three men in that full-forward line and test Tipp, ask them questions.
John Mullane (Irish Independent)