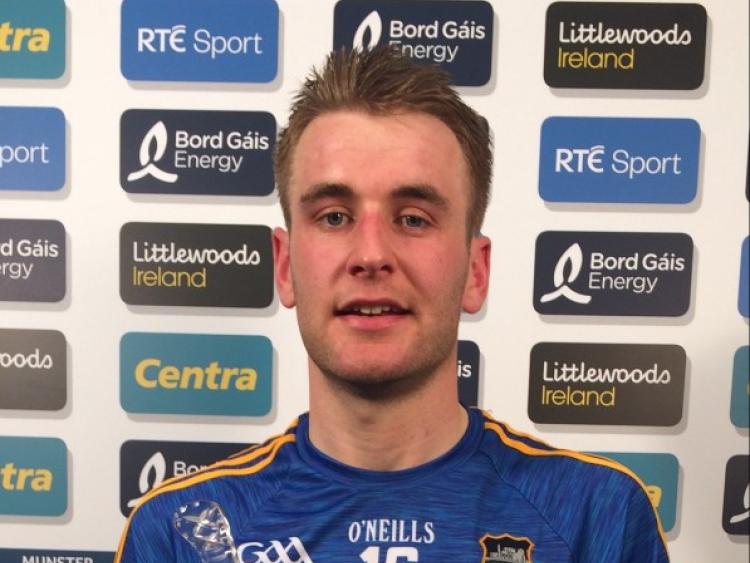 The championship season is over for the Tipperary senior hurlers after they were beaten by Clare at Semple Stadium this afternoon, Sunday.
Tipp led for most of an exciting encounter but were caught by Clare's late surge in a game witnessed by an attendance of 20,782.
A Seamus Callanan point ensured that Tipp led by two points entering the five minutes of additional time, but the game was about to take a dramatic twist.
After Jason Forde had missed his only free of the afternoon, points from John Conlon and Peter Duggan's free had Clare level by the 73rd minute, only for Noel McGrath to edge Tipp in front again less than a minute later.
Playing their fourth game in as many weekends, Tipp were running on empty at this stage and Clare finished the stronger. Impressive substitute Podge Collins equalised when Cathal Barrett's pass went astray, and then Peter Duggan put them in front when his shot was deflected over the bar.
Duggan, who scored 15 points, including 13 from frees, drove the final nail in Tipp's coffin with a 75th minute point. Tipp were crestfallen at the final whistle but the Clare shout reverberated all around the Thurles venue, as The Banner march on.
Having failed to win any of their four games in the re-structured provincial championship, Tipp can have no complaints with their fate.
The game's pivotal moment arrived in the 65th minute. Tipp were ahead by four points when John McGrath and Cathal Barrett put Jake Morris through on goal but from a difficult angle his low shot struck the post.
A Tipp goal at that stage would surely have seen them through to the finish.
Clare came down the field immediately and Podge Collins supplied the ammunition for Ian Galvin's expertly-taken goal.
Tipp had started like a train and after 26 minutes they led by eight points, 1-10 to 0-5. The goal came in the 13th minute from Billy McCarthy when he raced clear of the Clare defence.
However Clare crept their way back into the picture and by half-time had succeeded in reducing the defficit to four points, 1-10 to 0-9.
Ironically, Tipp have been knocked out of the championship after what was possibly their best performance of the round-robin campaign.
He may have only scored two points but Seamus Callanan summed up their work ethic with a wholehearted display. John McGrath and Jason Forde were also prominent in attack, while Billy McCarthy took his goal well and was never found wanting for effort.
Noel McGrath also made a good impression after he was introduced in the 10th minute for Dan McCormack, who was injured in an accidental clash with Clare's Tony Kelly.
Padraic Maher and Donagh Maher were resolute in defence that coped well with the Clare threat until the dying moments of the game.
Clare deserve great credit for staying in touch and taking their opportunity when it presented itself. Peter Duggan's frees kept them in the game during some difficult moments and his two points from play proved the winning scores.
Podge Collins' pace and movement were huge assets while John Conlon, Conor Cleary and goalscorer Ian Galvin also shone.
Tipperary - Brian Hogan, Sean O' Brien, Seamus Kennedy, Donagh Maher, Joe O'Dwyer, Padraic Maher (captain 0-1), Brendan Maher, Ronan Maher (0-1), Cathal Barrett (0-1), Dan McCormack, Patrick Maher (0-1), Billy McCarthy (1-0), Seamus Callanan (0-2), Jason Forde (0-10, 7 frees and 1 '65) and John McGrath (0-3).
Substitutes - Noel McGrath (0-2) for Dan McCormack (10 minutes), Jake Morris for Patrick Maher (60 minutes), Alan Flynn for Joe O'Dwyer (60 minutes), Willie Connors for Brendan Maher (68 minutes) and John O'Dwyer for Billy McCarthy (74 minutes).
Clare - Donal Tuohy, Patrick O'Connor (captain), David McInerny, Jack Browne (0-1), David Fitzgerald, Conor Cleary, Jamie Shanahan, Colm Galvin, Cathal Malone, Peter Duggan (0-15, 13 frees), Tony Kelly (0-2), David Reidy, Conor McGrath, John Conlon (0-2) and Shane O'Donnell.
Substitutes - Podge Collins (0-3) for Conor McGrath (35 minutes), Seadna Morey for David Fitzgerald (47 minutes), Ian Galvin (1-0) for David Reidy (59 minutes), Jason McCarthy for Cathal Malone (62 minutes) and Darragh Corry for Colm Galvin (64 minutes).
Referee - Paud O'Dwyer (Carlow).