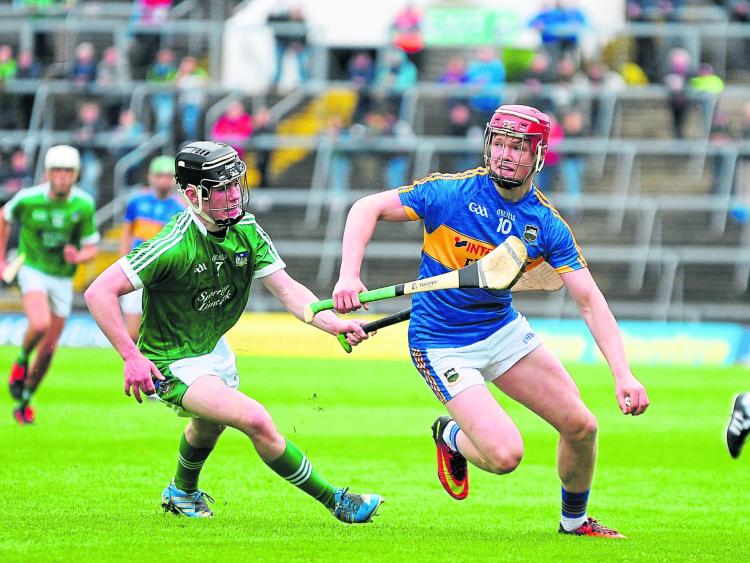 The Premier County are chasing a 40th provincial minor title (Limerick have won seven titles) on Sunday. The Shannonsiders were last crowned champions at this grade in 2014 while Tipperary won the 2015 and 2016 Munster minor hurling finals at Limerick’s expense in successive deciders.

In the opening round of this year’s Munster Minor Hurling Championship Limerick beat Tipperary (1-17 to 2-12) at Páirc na nGael, Limerick on May 20th. With twelve minutes remaining in that encounter the Premier County led 2-9 to 0-10 thanks in no small part to two Seán Hayes goals. The Shannonsiders, however, won the conclusion of this contest 1-7 to 0-3.

In the second round the Premier County emphatically saw off the challenge of Cork (4-15 to 1-14) to get their provincial campaign back on track. Tipperary lost to Waterford (3-9 to 2-13) before beating Clare (2-14 to 1-12) and progressed to the provincial final on scoring difference.

Limerick won three of their four games during the group phase of the Munster Minor Hurling Championship (lost to Waterford) and will enter Sunday’s decider as distinct favourites. Indeed, there is nothing minor about the challenge faced by the Premier County in this Sunday's Munster final. However, the Tipp minors are a capable bunch, they are led by a smart management team and can also take great heart from the example set by Liam Cahill’s under-21 outfit which saw off the Shannonsiders in a provincial semi-final on Thursday, June 21st thanks to a stirring display (1-22 to 1-13).

The Premier County will now take on Cork in the Bord Gáis Energy Munster Under-21 Hurling Championship final on Wednesday, July 4th at Páirc Uí Chaoimh, Cork - the Rebels beat Waterford in their respective semi-final 0-23 to 1-17. Both provincial finalists progress to the All-Ireland semi-finals alongside the Leinster finalists (Galway and Wexford) on the August Bank Holiday weekend (Sunday, August 5th).

And, irrespective of the result in next Sunday’s Munster Minor Hurling Championship final the Tipperary team will still have another match to play at the very least. Should Tipperary collect the provincial title Tommy Dunne’s men will progress to the All-Ireland semi-finals while the provincial runners-up enter into a round robin alongside Galway and the Leinster final runners-up with the top two teams in the group progressing to the All-Ireland semi-finals.