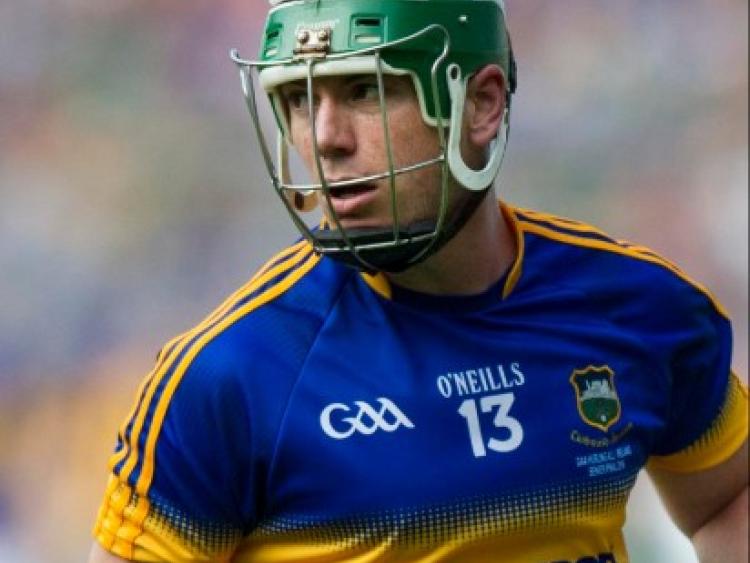 Killenaule won their 22nd South Tipperary Senior Hurling Championship, and their third in the last six years, when they defeated neighbours Mullinahone in Sunday evening's Clonmel Oil-sponsored final in Clonmel.
The Robins atoned for their shock defeat by Carrick Swans in last year's decider with this deserved success, although they were pushed all the way by a hard working Mullinahone team.
When John 'Bubbles' O'Dwyer scored nine minutes from the end of normal time they were ahead by 8 points (0-17 to 0-9) and on course for what appeared to be a relatively stress-free victory.
However they were jolted by a Mullinahone revival that saw them score 1-2 without reply and give Killenaule a few anxious moments.
Kevin Walzer had a point before substitute Graham Horan scored a fine goal when he planted a low shot in the net after cutting in from the wing.
When Eoin Kelly converted a '65 with five minutes remaining, just three points separated the sides, with Mullinahone applying all the pressure at this stage.
However Killenaule regained their composure with a steadying point from 'Bubbles' O'Dwyer. Kieran Bergin and substitute Tom Stakelum added further scores to restore their team's comfortable advantage, before Jack Shelly hit a late consolation point for Mullinahone.
Former Kilkenny great Eddie Brennan, who coaches Killenaule, will have seen much to admire in this display, although he and all connected with the team will know that further improvement is needed before they recommence their county championship campaign.
The win owed much to the scoring contribution of 'Bubbles' O'Dwyer, who struck eleven points, a haul that included nine from frees.
The defensive solidity of man of the match Joe O'Dwyer; Paddy Codd, Eoin O'Donnell and rock steady goalkeeper Matt O'Donnell underpinned the collective endeavour.
Michael Doyle, Paidi Feehan and Kieran Bergin were also prominent throughout the hour.
Killenaule were ahead on the scoreboard from the 13th minute, when Mullinahone goalie Alan Walsh could only push 'Bubbles' O'Dwyer's free over the bar, and Mullinahone were always playing catch-up after that.
When 'Bubbles' O'Dwyer found the target from a free in the 22nd minute Killenaule threatened to turn the final into a procession, as they led by 0-8 to 0-3.
But Mullinahone battled back to make a game of it and by half-time they were just three points adrift, 0-10 to 0-7, thanks to three Eoin Kelly points (two frees and a '65) and another from Sean Curran.
Kevin Walzer hurled an amount of ball for Mullinahone while the Kelly brothers, Eoin and Paul; Alan Curran, Jack Shelly, Sean Curran (despite picking up a leg injury in the first half), Luke Mullally, substitute Graham Horan and the pacy Martin Keogh also gave their all, even if their team's overall performance fell short.