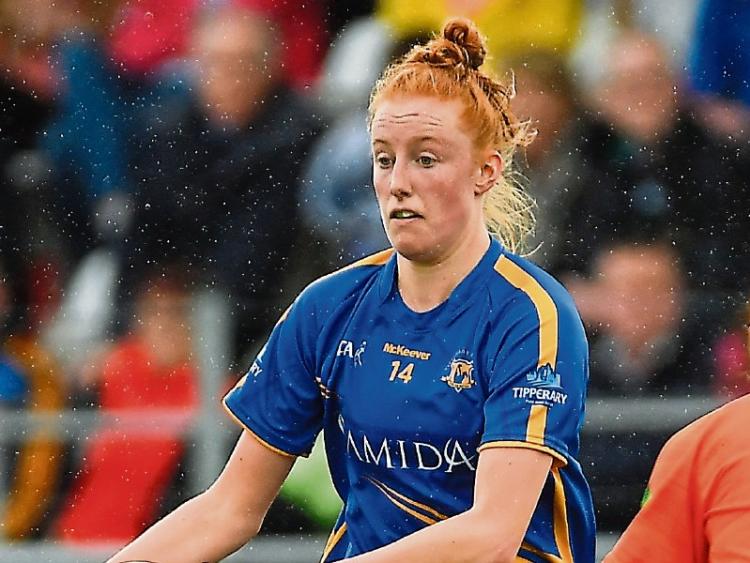 Tipperary ladies footballers have still one more chance to avoid relegation from senior grade  when they play Cavan in the relegation final next weekend.

This follows their 3-13 to 1-13 defeat to Waterford in Callan today.

Earlier Cavan had lost to Monaghan meaning both Monaghan and Waterford are safe for another year.

Tipperary will be fiercely determined to win next week and retain their hard-won senior status.

They battled bravely against neighbours Waterford but just came up short in a tense battle.

Maria Delahunty scored 1-7, including an injury time penalty, as the Waterford ladies retained their TG4 All-Ireland senior status after a thrilling relegation encounter in Callan.
There were scenes of sheer relief among the Déise players and management at the full time whistle as they produced their first championship win of 2018. Tipperary, who took intermediate honours last September, now face a do or die battle against Cavan.
Only two points split these well-matched teams heading into stoppages before the Déise pulled clear. Aileen Wall kicked her third point from play before a foot block on Delahunty by Tipp keeper Lauren Fitzpatrick presented her with the spot kick. Fitzpatrick was dismissed by referee Jonathan Murphy and Aishling Moloney deputised between the posts. Delahunty buried it to the bottom corner.
Experienced forward Michelle Ryan, who has served the county cause since 2001, netted a priceless first half double. She bagged her first on seven minutes as Waterford raced five points in front. Katie Murray's initial effort was smothered but Ryan finished the rebound.
Tipp fought back and a contentious goal from an Aisling McCarthy free on 18 minutes levelled matters at 1-5 each. Kelly Moroney misjudged the flight of the ball and the umpires ruled that it crossed the line. Waterford protests over a square ball also fell on deaf ears. Points by Siobhan Condon and Sarah Everard put the Premier two ahead.
Waterford shot 1-3 without reply in a purple patch before the interval. Ryan won a turnover and fired in her second three pointer on 27 minutes. Dead ball specialist Delahunty ended the half with four points while speedy corner forward Aileen Wall was responsible for two. They enjoyed a 2-8 to 1-8 half time advantage.
Tipp narrowed the gap to two points on three occasions during a tense second period. The prolific Aisling McCarthy finished with 1-6. Katie Murray shot across the face of goal and Sinead Ryan rattled the metalwork at the other end. The Waterford defence frustrated the Tipp attack and limited Aishling Moloney to two points from play. Delahunty's late penalty sealed their place in the senior ranks for 2019.