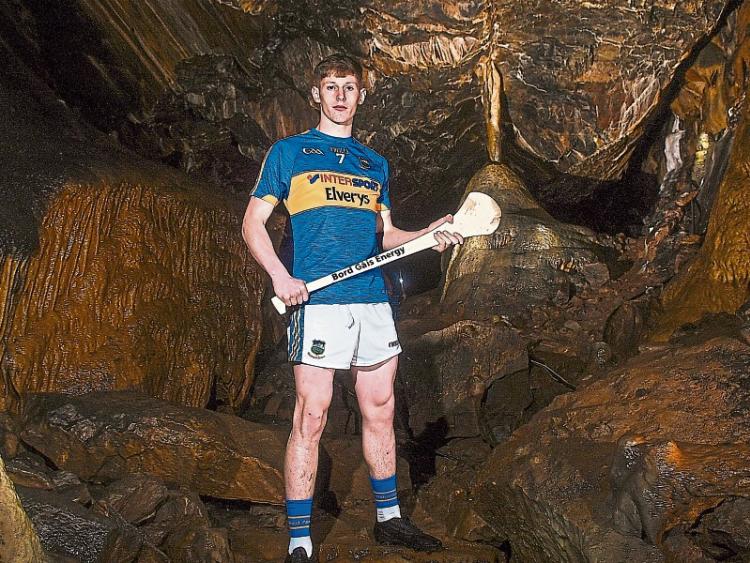 “We wouldn't have any fears going into the final”, says Killenaule's Paudie Feehan ahead of Tipperary's All-Ireland U-21 Hurling Championship Final against Cork on Sunday

He plays in attack for the Tipperary U-21 team and in defence for his club Killenaule, but Paudie Feehan says he doesn't mind where he lines out “as long as it is one to fifteen”.

Looking ahead to Sunday's All-Ireland U-21 Hurling Championship Final against Cork in Limerick, he says “if Liam (Cahill, the manager) wants me to play in the goal I don’t mind, as long as I am playing”.

Speaking before training last week, he said “hopefully I can keep my spot for the final if I put my hand up for it in the next two weeks. I suppose after the semi-final it’s going to be a clean slate again.

“I don’t think we’ve had the same fifteen for any of the three games. There may be changes again.”

As one of the few county U-21s with experience of playing with the county senior team, he enjoyed being part of the panel and getting game time during the National League campaign.

“As well as playing club championship, coming in training every night was great because it brings us on a load.”

Silverware is what a player wants but how strong is the want to right the wrongs and how can Tipp atone for the Munster Final defeat by Cork?

Was that the thinking in the semi-final, knowing Cork were already in the final?

“We had no focus on Cork. We knew we needed to focus on Galway”, he says.

“We had a massive preparation and knew what we had to do and we did it.”

When Tipp were beaten by Cork by 13 points in the Munster final, what does he think went wrong?

“We just did not perform at all. They are a great side so it was a lot down to us. We were flat on the night. Nothing stuck for us. It was a bad night for everyone overall”.

However the Killenaule man insists that it won't affect the team's confidence approaching Sunday's Final.

“We would not have any fears (going into the final). I suppose all the pressure might be on Cork after the last day because we have to prove to ourselves that it was a blip and there is nothing between us, and hopefully we can do that.”

Cork are favourites so Tipp will be going into the game under the radar. Will that suit them?

“We have no choice. We have played as favourites and underdogs so we don’t really mind what people think.

“We just go out as a group and we know we have a job to do and hopefully we can do it.”

What has changed in the mentality in the team as a group over the last few weeks? After losing to Cork they bounced back to defeat a highly-rated Galway team in the All-Ireland semi-final....

“Our mentality is the same all the time. We went out in that Munster Final to win that game. It just didn’t happen on the night. Every night we want to win and do our best.

“It didn’t happen in the Munster Final and thank God it did in the All-Ireland semi- final and that gives us a chance to rectify it in the final.”

“I think we gave a good performance the last night against Galway.

“Our performance wasn’t really polished by any means but it was a good all-round performance and it was great to get the win.”