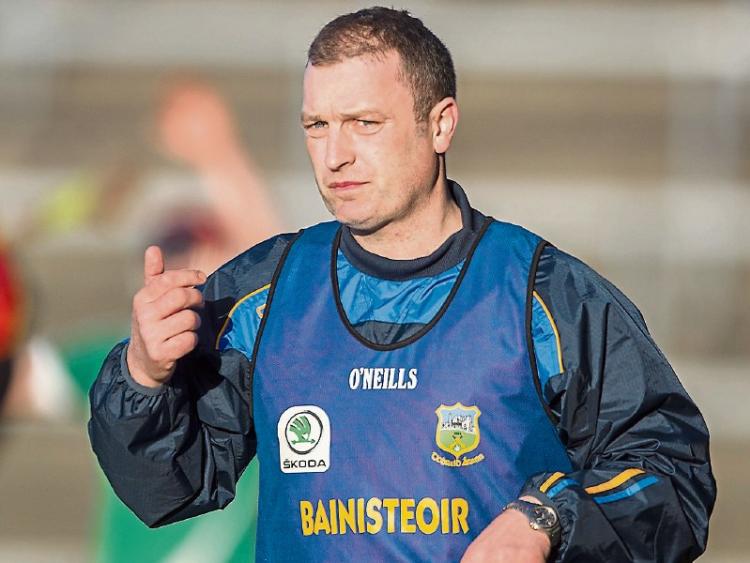 “We have a lot of talent in our young group”, says Tipperary U-21 Hurling manager Liam Cahill ahead of Sunday's All-Ireland Final against Cork

When they were hammered by Cork by 13 points in the Munster Final, an appearance in the All-Ireland U-21 Hurling Championship Final seemed light years away for Tipperary.

However that's exactly what they've achieved, following a tonic semi-final victory over Galway.

Now, Sunday's final at Limerick's Gaelic Grounds (5.30) gives the team the chance "to right some wrongs from the Munster Final", according to Tipp manager Liam Cahill.

"We've a massive gap to bridge, I think everybody is aware of that. The ball is firmly in Cork's court in relation to the advantage going into the game, they look to be a superior outfit all round and we'll have it all to do. We really have to bring a lot of honesty and focus and concentration if we're to close that gap".

However he's preaching caution before a game in which his side are the rank outsiders.

"It could easily go the same way (as the Munster Final).

"We have to believe that we are capable of closing that gap. Cork's demolition of Wexford (in the semi-final), the way they disposed of us in the Munster Final, and the way their key senior players are back now and fully training with their U-21 set-up, they'll have to be even better again than the day they were against Wexford in the semi-final (when they won by 3-26 to 0-13)".

Those Cork senior players include Mark Coleman, Darragh Fitzgibbon and Shane Kingston, who captains the side.

“They have some powerful big men that are able to run in straight lines and run the channels where they can create goal chances, and we're going to have to be really well set up and really well organised.

"If we lose our concentration for even a split second we will be punished. The match-ups will be a big defining factor for us and for our management team to get that right. Above - Tipperary U-21 player Jake Morris

“I don't think Cork have anything to get right at their side. I think we have it all to get right on our side to turn this one around".

The Ballingarry man has also hinted at changes to the line-up.

“There are horses for courses and we'll have to see what way we'll go about our training, and what way we'll set ourselves up in training to counteract the areas where Cork are strong and just hope that we can find the players that are able to do that job for us.

"We have a lot of talent in our group. It's a young group but we have a lot of fellows that didn't feature the last night who are very capable of featuring in an All-Ireland Final and that's the hope we cling to.

"We've a great panel and a very committed panel. Like any typical inter-county panel we have players coming at different stages and at the moment, thankfully, they all seem to be coming at the right time".

Tipp had to survive a strong second half rally by Galway in the semi-final and that's another area of concern for the manager.

"We seemed to be in fairly firm control for long periods. For a ten-minute period we just didn't seem to start the second half.

“I'm sure Cork are aware of that too, and they'll be looking to capitalise on a phase of play if that happens, where we're not as committed to do what we need to do to get into the Cork game plan and break it down.

"So we'll have to close off that opportunity where we do go missing. That just can't happen in a final or we'll be chasing the game again, and probably won't even get to chase the game. It could be gone on us if we allow that to happen".

Does the responsibility of being the last remaining Tipp team in the championship weigh very heavily on them or is it an honour?

"The way we're coming into this final it's exciting for us. It puts a bit of emphasis on us having to perform as well and giving the Tipperary public something to go on after a relatively poor year at senior level. And obviously your senior team defines your year across the board, because that's your key team.

"Our minors had a good run too, I know maybe they felt that they didn't play to their potential in the All-Ireland semi-final against Kilkenny, and we are back in the final with a group of players that have been there at Minor level.

"While this year might have been poor, as regards looking at it from the outset in a snapshot, we're doing a lot of right things too in Tipp, to be honest.

"We can't forget that. I know there are a lot of things we can improve on, but we're doing a few good things as well, to help us improve our standing in the game and getting fellows up to the level to play at senior level". Whichever team emerges victorious on Sunday will also go down in history as the last winners of the U-21 title, with the grade due to revert to U-20 from next year.

“With the restructuring going back to U-20, a lot of players, the majority of my team and panel, won't be around next year to play U-20 hurling and that's a pity for those players because it's a brilliant competition”, says the manager.

“It's something that brings out great matches year on year. And as I said before it's a massive stepping stone for every county.

“It's no coincidence that Limerick were in an All-Ireland senior final off the back of a couple of U-21 successes. Clare are knocking on the door there since 2013, as a result of three consecutive U-21 championships. And this Cork team that is coming as well is backed by the majority of senior players already, even though they are probably arriving before their time.

“So it's a brilliant competition to get fellows ready and get them prepared for what's coming, and it's just going to be like the Minor.

“While the quality of the Minor games was reasonably good this year it was juvenile hurling, and I said at the time I wasn't sure about it going back to U-17.

“This U-20 (format) might take again from the quality of the matches. Twelve months is a lot of time in a player's development. That's the decision that's been made and we have to go with it”.