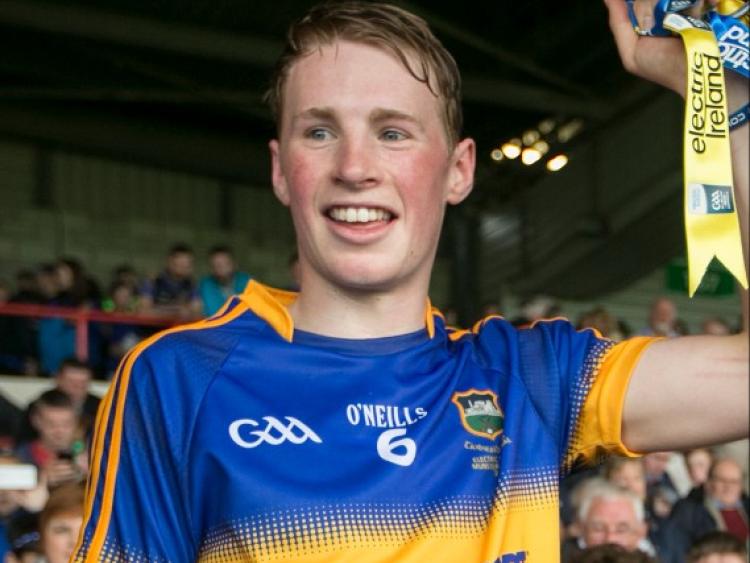 Tipperary caused a shock of massive proportions when they upset 1/5 favourites Cork to win their first All-Ireland U-21 Hurling Championship since 2010 after an exciting final at Limerick's Gaelic Grounds.
They were two points behind at half time but a tremendous effort in the second half saw Liam Cahill's team crowned champions.
The teams were deadlocked at 1-12 each when Stephen Nolan found the net for their second goal six minutes from the end of normal time.
Tipp performed with renewed confidence after that but Cork were a point in front over three minutes into the five of additional time when Tipp substitute Conor Stakelum forced his way through the Cork rearguard for the crucial third goal.
Brian McGrath, Eoghan Connolly, Robert Byrne, Jake Morris and Stephen Nolan were all superb for Tipperary, who denied Cork a first All-Ireland U-21 crown in 20 years.
Tipp had the advantage of the strong breeze from the throw-in and they started the brighter and early scores from Jake Morris, Jerome Cahill, a Jake Morris free, Jerome Cahill again and Cian Darcy had them ahead by 0-5 to 0-1 by the 11th minute.
At that stage Eoghan Connolly, Killian O'Dwyer, Robert Byrne and Brian McGrath, especially, were all hurling strongly in defence and reading the play well. Stephen Nolan was prominent in midfield while Jerome Cahill - who scored three first half points from play - Mark Kehoe and Jake Morris were winning plenty of ball in attack.
When Kehoe was hauled to the ground after a quarter of an hour Jake Morris' penalty was low and true and suddenly Tipp were ahead by 7 points, 1-5 to 0-1.
However instead of pushing on they somehow went off the boil after the goal and didn't score for another 14 minutes.
Cork found their elegant rhythm and one of their best, Conor Cahalane, cut a swathe through the Tipp defence to fire a shot to the net to put them ahead for the first time in the 25th minute (1-7 to 1-5).
Paudie Feehan's point provided some respite for Tipp, with the wing-forward being immediately substituted after his score.
Further points from Declan Dalton's free and Robbie Flynn pushed Cork three clear before a late point from Tipp's Jerome Cahill ensured that Cork led by 1-9 to 1-7 at the midway stage.