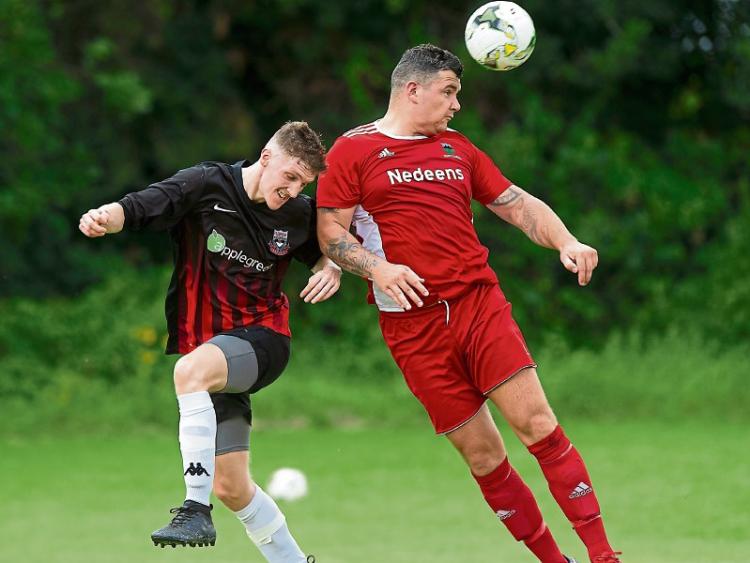 Stephen Guiry (Old Bridge) and Brian Sweeney (Vee Rovers) in this aerial duel at Green Lane on Sunday last when the sides clashed in the Premier League.

Many people would have cast this tie as a potential relegation six pointer prior to the start of the season, and the home side were certainly desperate for points after suffering two early defeats.

It was a tightly contested game with both sides finding it hard to establish any kind of rhythm. That might have been different had the visitors been able to capitalise on a mistake by the home keeper in the eight minute, but the final shot went agonisingly wide.

The Bridge had their best chance just after the half hour mark when Gary Madigan found room in front of goal but when the visiting keeper spilled Madigan’s effort there was no one on hand to apply the finishing touch.

Ten minutes into the second period the deadlock was finally broken after a poor clearance by the home side was returned back into the area and Thomas Vaughan fired a shot past the home keeper.

Eoin Leahy had a half chance to equalise late on but he couldn’t find the net and at the end it was the visitor that took the spoils to the delight of their supporters.