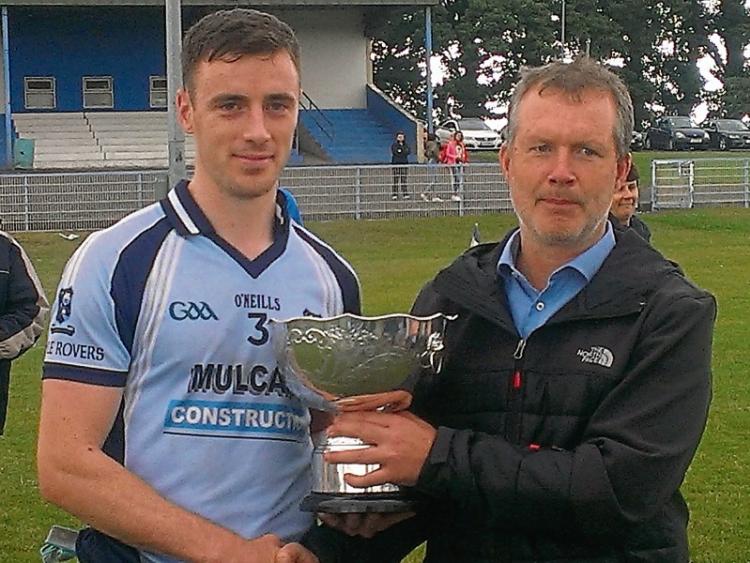 While Moyle Rovers will go into  Sunday’s County Senior Football Final at Semple Stadium, Thurles, as strong favourites with the bookmakers (4/11), the Powerstown/Lisronagh side will be at pains to dismiss such a tag as irrelevant to the destination of the title which can, as ever, only be won on the field of play.

Last crowned champions back in 2009, the Monroe outfit has suffered the heartbreak of defeat in three finals since then, to Thomas MacDonaghs (2011), to Clonmel Commercials (2015) and to Loughmore / Castleiney (2016).

Understandably, they will be fully focused and determined that nothing will stand in their way of lifting the O’Dwyer Cup this time round, certainly not complacency, even with both Commercials and Loughmore/Castleiney out of the equation.

They will be fully aware -  and need to be - that a vastly improved Ardfinnan side, who have built up a mountain of momentum under manager John Evans this year, will provide them with a huge obstacle in their bid to end their  nine-year drought. That Moyle Rovers are back in this county decider at all must be a huge relief to them. They may not openly admit it but they rode their luck to the very end on Sunday week last in the semi-final against arch-rivals Clonmel Commercials.

All day long they trailed the county champions and looked a beaten docket when Seamus Kennedy pointed the town side ahead deep into time added-on. Miraculously, and arguably perhaps well overdue, against a team that has had the upper hand of them in recent years, the Rovers got a break. Like manna heaven, forward Sean Carey caught a probing ball across the face of the goal, and blasted his chance to the net for a most unlikely victory. Whether it will ultimately lead Moyle  Rovers to the Promised Land of a county title on Sunday next remains to be seen.

Statistically Moyle Rovers remain unbeaten all season having won through their three Group 2 matches, quarter-final and semi-final, but in truth they have been far from convincing and manager Niall Fitzgerald will be the first to appreciate that a much better effort will be required if he is to outfox John Evans’ side. While county final days are a law to themselves, Rovers need to kick on to find that extra gear they promise but have yet to engage for a full 60 minutes this year.

They  commenced their campaign at Golden in late April when they outscored Arravale Rovers by 1-14 to 1-8. The Monroe side seemed to have ‘Lady Luck’ on their side that day with a fortuious swirling goal scored by defender Paddy Morrissey and a brilliant save made by Ciarán Kenrick late on as Arravale chased the game. The six points advantage flattered the winners in the end. There was clear room for improvement.

When the championship eventually resumed in late August Moyle Rovers defeated Upperchurch by 3-9 to 1-5 in Cashel with Liam Boland banging in two goals early in the second half and Danny Owens also raising a green flag in their victory over the Mid Tipp side.

Moyle Rovers completed their table-topping Group 2 campaign with a victory in September in Ardfinnan winning by 3-13 to 1-3 against a Galtee Rovers side who after a bright opening faded and scored just one point in the second half. Rovers who led 2-5 to 1-2 at half-time had their goals from David McGrath and Danny Owens in the first half and a Liam Boland penalty  after the break.

Perhaps the most significant feature of this game was the return to action of former county senior captain Peter Acheson who at the time was home on holiday from Dubai. Acheson has been an ever-present since for the Rovers and will be a huge asset to them as they try to wrestle back the county title on Sunday next.

Denied a place in last year’s county final by a defeat to Killenaule, Moyle Rovers and ‘The Robins’ came face to face once more in this year’s quarter-final at New Inn. This time, however, after another slow start,  Rovers prevailed by 3-13 to 1-9. The win was far from flawless even if the 10-points winning margin would suggest otherwise.

At one stage in the first half Moyle Rovers trailed by five points 1-4 to 0-2, but a pair of goals from Liam Boland (penalty) and Sean Carey had them ahead by 2-5 to 1-6 at half-time. A third goal early in the second half, scored by Paddy Morrissey, seized the initiative and thereafter the Killenaule challenge petered out.

The victory earned for Rovers a tilt at the county champions Commercials last Sunday week  before a bumper crowd at Cahir. For most of the match they did well to hang on to the town side and having trailed by three points in the second half got back into it with another Liam Boland penalty. Sean Carey’s 65th minute matchwinner produced the grandstand finish that sent the Rovers  home happy.

Having won seven titles since their first in 1995 under the captaincy of Derry Foley, this year’s captain Alan Campbell now has a chance of bringing the club level with Ardfinnan, Grangemockler and Clonmel Shamrocks on eight titles each - Fethard lead the lot with have 21 titles.

The undoubted potential is there in a panel speckled with county talent at senior, under 21 and minor level.

Peter Acheson’s return to the fold is inspiring to all around him as he demands a level of performance from himself and others that has to be 100% committed. In defence the likes of Ross Mulcahy, Luke Boland and David McGrath provide plenty of attacking options, Richie Power is a midfield dynamo, while upfront Liam Boland, Shane and Diarmuid Foley and Stephen Quirke are all well capable.

If they reach their potential Moyle Rovers  have it in them to capture a long awaited title. But the if is big.