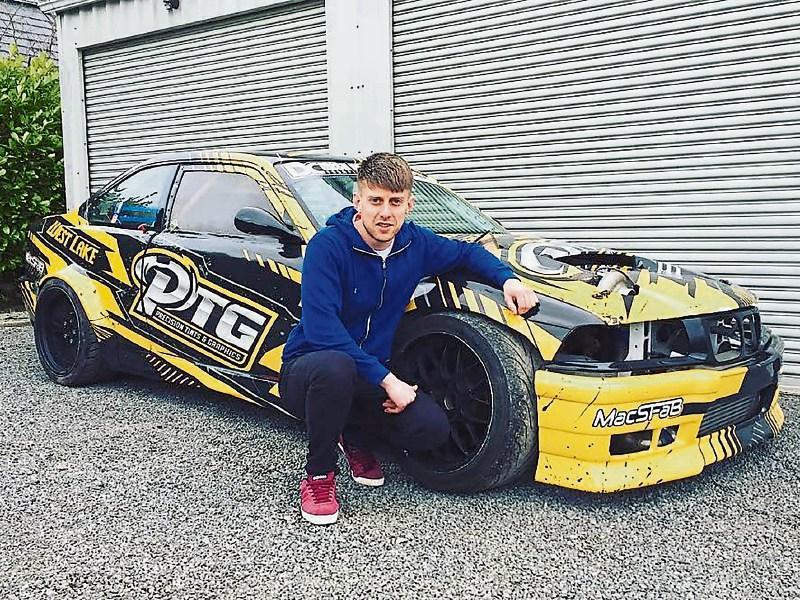 The Drift Masters European Championship final round was held in Mondello Park, Co. Kildare, and was a combination of the final round of the Irish Drift championship as well as the Drift Masters final round. Paul was up against machinery with more power and teams with much bigger budgets and support crews but despite all that, Paul’s incredible driving saw him take down some of the top drivers from across Europe including  sponsored drivers who travelled from the USA to compete.

This year Paul entered the season with a newly built Turbo E36 BMW M3 which he built and maintains himself in a shed in Clonmel. This season also saw him gaining new sponsorship in the form of a full car vinyl wrap from Precision Tints and Graphics.

Paul has been competing in the drift championship for the past decade and is working full time as a mechanical engineer. You can follow Paul on Facebook/Instagram @paulmccarthydrifting