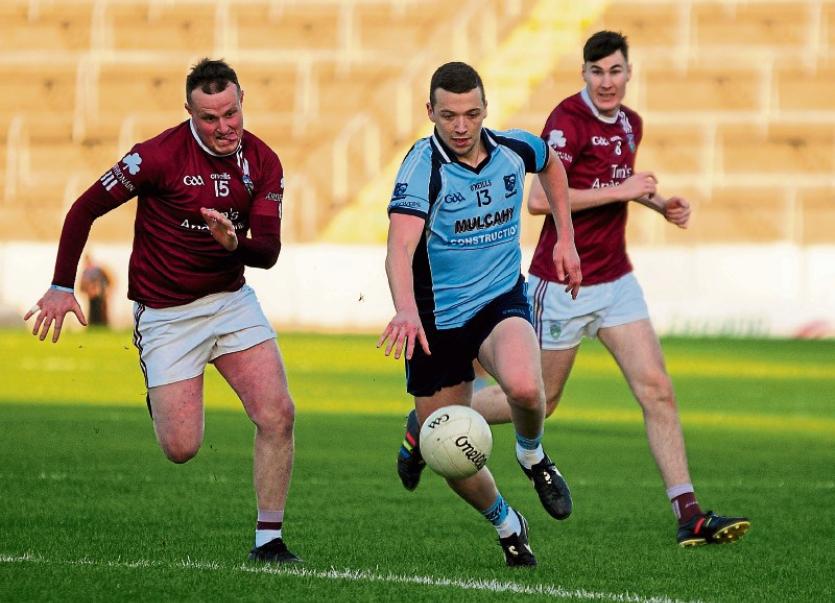 Moyle Rovers won their first Tipperary Senior Football Championship title since 2009 on Sunday last with an eight-points victory over fellow South Tipp side Ardfinnan. It was a win that brought a mixture of great joy and relief to a club that has more than its fair share of dark days in recent years.

We got reaction from both camps after the final whistle...

Moyle Rovers manager Niall Fitzgerald was a mightily relieved man at the final whistle after his side had finally won a county title.

I put it too him that he must have been very concerned coming up to half-time with Rovers trailing by four points.

“Listen, I was concerned with two minutes to go, you just can’t give up. But I have great confidence in the resilience that this group has built up. In the quarter-final we were down against Killenaule, we were down against Commercials, but the lads they never stop, they keep fighting and they are a credit to their club.”

Of his side’s performance he said.

“I thought Ross (Mulcahy) was great today, I thought Dara Ryan worked incredibly hard, Richie Power another. All great honest performances. On top of that you have to look at the lads who came in, Aidan McGrath came in and made an impact, Diarmuid Foley came in and made a big impact and got a few scores. Tadgh Fitzgerald came in and made a fantastic impact. We have a strong panel and while it is tough for lads who don’t get to start they really showed their character in coming on and getting us over the line to win today,” he added.

Of Peter Acheson he said:

“Peter Acheson is a leader, he is a fantastic footballer and there are not too many players in the country could be out of competitive football for two years and come back and make the impact that he has made for us. It is a credit to him that he was willing to make that commitment.”

I put it to Niall was it a question of belief that was stopping Rovers in recent years in these big games.

“I don’t think the players ever lost their belief. Maybe they just couldn’t get over the line. Look we had the late goal against Commercials and maybe that was the bit of luck we needed to get over the line,” he concluded.

Club chairman John Owens was thrilled with the win and what it means to the club.

“There is a lot of effort being put into the club, off the field as well as on the field, and you need results, and today was a very good day for Moyle Rovers.” concluded the chairman.

Team captain Alan Campbell was another both happy and relieved with silverware.

“At last! he sighed. That first half wasn’t great and I was fearing the worst coming towards half-time. But at half-time we fixed a few things, had a few home truths  and luckily the second half turned in our favour.

“Those five minutes before the break were pivotal to the whole game. We went in just one point down instead of four or five down if they had gotten that goal. It was a big moment. But we managed to stay with them in the first half despite the pressure we were under and that proved good for the second half.

“Then Dee Foley, Aidan McGrath and Tadgh did serious work when they came on, and  Riain Quigley, one for the future as well came on at the end. The strength in depth is vital and it got us those few extra points we needed there,” he said.

Having tasted defeat in a couple of finals the team captain appreciated the win.

“What it means is massive. We have had many a dark day so it is great to finally win something and to get to where we aim at the start of the year,” concluded the Moyle Rovers captain.

Ardfinnan manager John Evans saw the few minutes before half-time as having a huge effect on the result and indeed on his players.

“The few minutes before half-time when they got three  points gave them a lifeline when we were on top, and we also had a penalty call that went against us. Those things disturbed our lads and we never really recovered from them.

“Moyle Rovers are a confident team and they have quality players in every line. When they get moving and start coming at you it is very difficult to contain them. Our lads probably dropped their heads a bit in the second half but they never stopped trying and stayed working to the finish” concluded the former Tipperary coach who was experiencing his first loss with ‘The Village’ since taking over earlier in the summer.