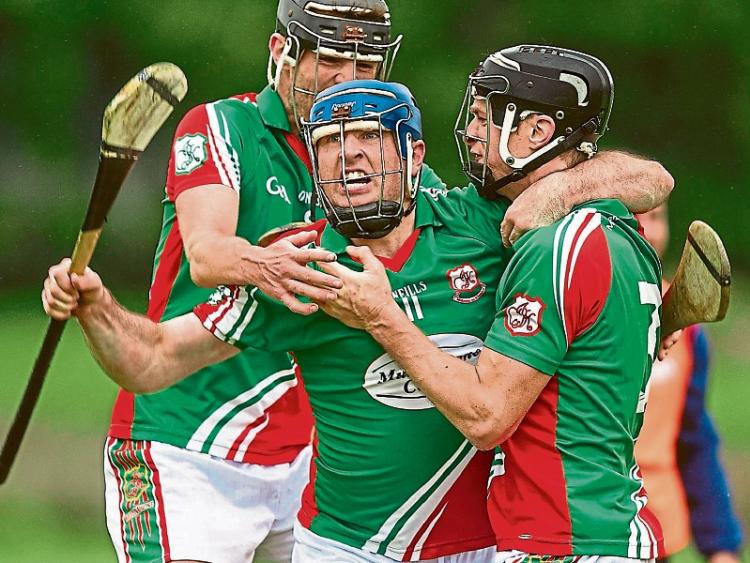 Eoin Kelly celebrates a famous South final victory at Clonmel Sportsfield but there may be lean times ahead now for the Mullinahone club with last Sunday's relegation.

Killenaule are now the only  senior  hurling club in South Tipperary left competing at Roinn 1 of the County Hurling Championship, which provides clubs with a  potential direct route to winning a county senior hurling crown.

In what has been a very disappointing year for the southern division, both Carrick Swans and now Mullinahone have lost their top flight senior status.

Defeat for the ‘Green Above the Red’ at Holycross on Sunday last in a relegation play-off against Portroe sends the Kickhams down a flight to Roinn II for 2019.

On Sunday last Mullinahone got off to a flying start against the North Tipp side and led by 0-5 to 0-1 early on and were still ahead at the break. However,  Portroe got on top in the second half  and eked out a vital  three points win (0-18 to 0-15) to  secure their place at the top table of Tipperary hurling   for another year at least.

For Mullinahone, the county champions of 2002 when they beat  Sarsfields in a replayed county final, it has been a slow and gradual decline for a  very proud club and indications are that an infusion of young blood will again be needed if the Kickhams are to reverse the recent trend.

See this week’s edition of ‘The Nationalist’ for a full report on the Mullinahone v Portroe game.