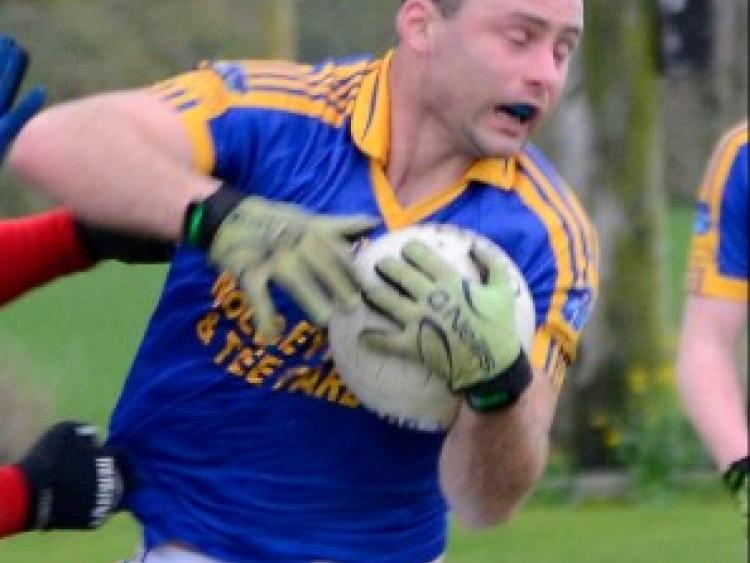 Ballylooby/Castlegrace proved no match for Beaufort in a one-sided Munster Club Junior Football Championship quarter-final at Cahir on Saturday afternoon.

A significant gulf in class between the sides was evident from the early stages, and this game was over as a contest before Ballylooby had their first score in the 20th minute.

By that stage the Kerry team were already 12 points ahead. They hit the ground running from the throw-in, Liam Carey scoring their first goal with a fierce drive in the seventh minute, and when the second followed from Ronan Ferris in the 12th minute the writing was already on the wall, with Beaufort in front by 2-4 to no score.

By that stage Ballylooby had already lost Brian O'Donnell, one of their best defenders, to a black card after just 11 minutes, and it was uphill battle for them for the rest of the game.

The scoreline was heading towards embarrassing proportions when Beaufort held that 12-point lead after just 17 minutes. However Ballylooby are nothing if not competitive. With Luke Murphy, Conor Lonergan, Paddy Kenneally, Shane Flannery and Barry Cooney giving it everything, they succeeded in making the scoreline more respectable with five unanswered points.

The first of those came from Barry Cooney at the end of a fine move between Shane Flannery, Luke Murphy and William Dunne. Dunne was then on target from four frees, the third of which was awarded after James Morgan had a goal-bound shot blocked on the line, and with those scores they managed to cut Beaufort's lead to seven points.

Beaufort's first score in 13 minutes, which came from Ciaran Kennedy, ensured that they led at the break by 2-7 to 0-5.

Whatever hopes Ballylooby might have entertained about getting back into the game were soon dashed, as Beaufort blitzed them with a devastating scoring burst, blasting home 2-4 without reply, within six minutes of the start of the new half.

The unmarked Ronan Ferris punched home their third goal and the fourth came from captain Nathan Breen after a swift attack that tore the Ballylooby defence asunder.

To their credit, Ballylooby refused to throw in the towel. William Dunne had their first score of the second half from a free after 14 minutes.

With James Morgan and Luke Murphy driving them forward, they succeeded in grabbing a consolation goal two minutes later, when Barry Cooney scored from the penalty spot after Micheal Murphy had been fouled.

However Beaufort underlined their superiority when Ciaran Kennedy slammed home their fifth goal five minutes from the end of normal time to put the seal on their comfortable win.

The Kerry side had outstanding performers in Liam Carey, Fergal Hallissey, Ciaran Kennedy, Jonathan Kissane, Ger Hartnett, Ronan Ferris and captain Nathan Breen, and they will be a match for any team left in this championship.