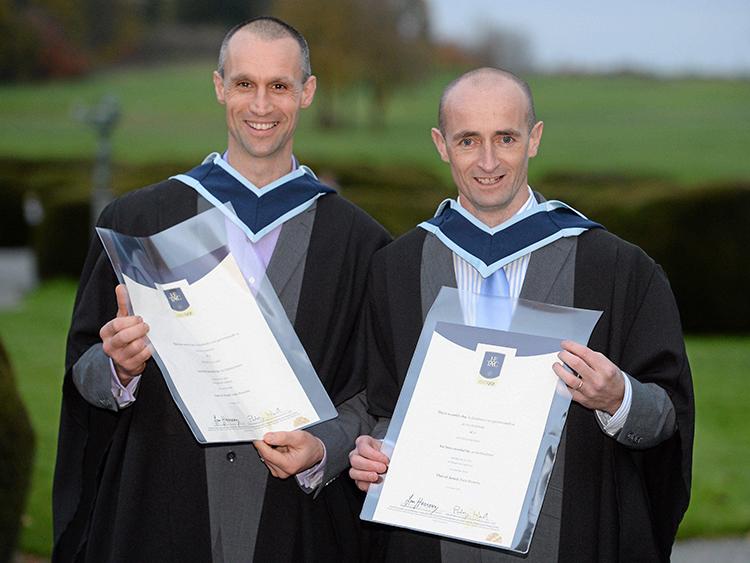 Last week the Kerry County Board appointed Jason McGahan as a full-time head of athletic performance - the Armagh man will operate out of the €8 million centre of excellence in Currans and work to develop the athletic ability of the senior, under-20, minor and underage football development squads in the Kingdom. A similar strategy has been adopted by County Boards like Dublin, Limerick and Galway across the country. Indeed, the Kerry move has been welcomed by Tipperary minor hurling strength and conditioning coach Alan O’Connor who has an absolute wealth of experience in the area.

“It is becoming essential now for each county to have a full-time head of athletic performance. I think, in particular, it is needed in Tipperary because we have a fantastic County Board who promote all games, equally,” Alan O’Connor told the Tipperary Star this week.

“So, there should be a director of strength and conditioning overseeing all of the squads and guiding the conditioning coaches with each team. This message also needs to be transferred to the schools and the clubs,” Mr O’Connor explained.

Speaking at the ‘Developing & Maximising Youth Potential’ conference hosted by the SportsLab on the LIT Thurles campus in 2014 Galway native Des Ryan argued that every single GAA club in the country should invest in a professional strength and conditioning coach (Des Ryan is the Head of Sports Medicine & Athletic Development at Arsenal FC). And, further to that in December 2016 Dr Liam Hennessy (the director of Setanta College) called for a similar appointment to be made in the Premier County during an interview with the Tipperary Star.

Mr Hennessy insisted that the Tipperary County Board needed to appoint an overseeing director of strength and conditioning who could guide the work of a team of qualified coaches who could, in turn, work with individual clubs in order to develop an understanding of the area and train coaches to implement a programme of work. This appointment would be particularly important to the development of emerging talent in terms of preparing them for the demands of the game.

Alan O’Connor is a strength and conditioning graduate from Setanta College (first class honours). Indeed, the Cahir man has described the moment when he graduated in 2013 as a “really proud day”. And, O’Connor this week described course director Liam Hennessy as “one of the most amazing men I have ever met”.

“I graduated with a first class honours degree in strength and conditioning in 2013 with some of the top coaches in the country. It was a really proud day for my family in Carton House when I received my scroll from Dr Liam Hennessy. My mother had passed away suddenly in the January of that year. It was a pity she missed it,” Alan O’Connor explained before acknowledging the unending support that he has received from his wife Christine and two girls, Grace and Amy, on his journey to becoming the very best coach that he can be.

Another significant influence on Alan O’Connor’s career has been Paudie Roche, a Cahir man who O’Connor encountered in 2007 when Roche was working as a sub academy conditioning coach with Munster Rugby.

“A meeting with Paudie Roche changed my life. Paudie encouraged me to enroll in a strength and conditioning course in Setanta College. And, after consulting with my very supportive wife Christine I started in the course in January 2008. In my class were Tommy Dunne, Séamus Moynihan, Tommy Carr, Tadhg Harrington (Pádraig’s brother) and Michael Dempsey (Kilkenny senior hurling trainer). So, here I was, an unknown man from Woodview in Cahir, rubbing shoulders with the some of the all-time best GAA players and trainers,” Alan O’Connor explained.

“In 2011 Tipp minor football manager David Power asked me to do the strength and conditioning team for his team. It was my first solo inter-county job. And, I will always be indebted to David for giving me the role. The rest is history as we won the Munster and All-Ireland titles in 2011,” Alan O’Connor said before taking time to emphasize how much his seven-year working relationship with Bansha-based chartered physiotherapist Stephanie Tarrant has helped to develop his career.

“I have learned so much from Stephanie on working with the physio on rehab for players and the all-round well-being of the players. I still talk weekly with Stephanie about players that I refer to her. She is one of the best in the business,” Alan O’Connor added.