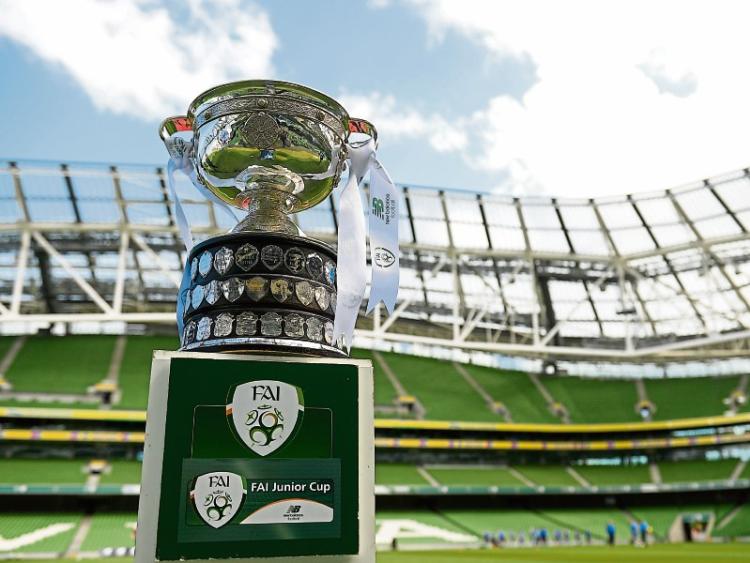 FAI Junior Cup, Round of 64

Currently second in the TSDL Premier League, Peake Villa welcomed Limerick Desmond side Carrig Celtic to Thurles on Sunday with a place in the last 32 of the FAI Junior Cup in their sights and by the end of the game they were one step closer after an excellent display in front of a large and vocal home support.

The first part of the game was very stop start as both sides struggled to come to terms with the sticky playing surface, but the home side eventually put their stamp on the time on the quarter hour mark when a Keith Carroll corner kick was met by the head of Aidan McCormack and he made no mistake

In control now the home side had a number of other chances, notably from Pippy Carroll but they were unable to add to their tally. At the other end Willie Tierney was having a quiet day in the Villa goal, but when he was called upon to make a save seven minutes before the break he did so with the minimum of fuss. The sun finally came out along with the teams for the second half and soon after the start Carroll both won and put away a penalty kick to give his side a two goal cushion.

The hosts didn’t have it all their own way and Tierney was called up a few more times before Villa made the game safe five minutes from time with a spectacular finish from Tommy Teer after he had been set up by a quick free kick from Matthew Fogarty.

On this performance the Thurles side will be one to avoid in the next round as they attempt to join their two other TSDL counterparts in not only the draw but on the Junior Cup roll of honour.

(Reports on Clonmel Town and St. Michael’s to follow)