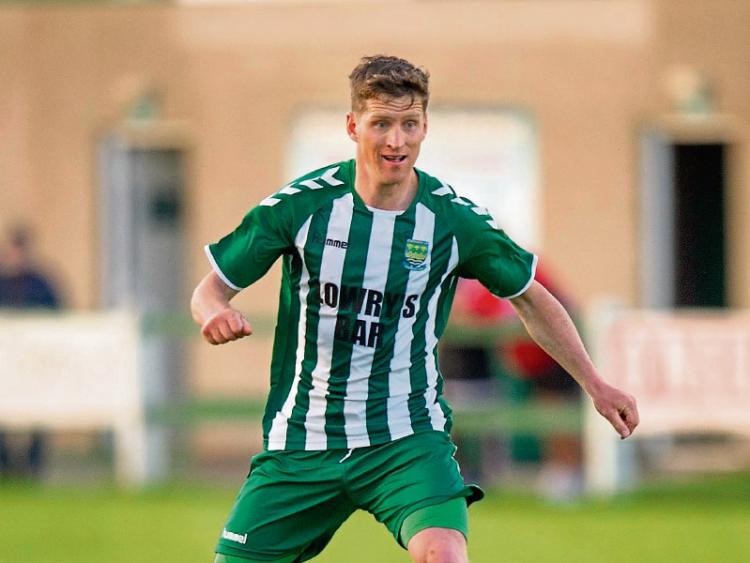 FAI Junior Cup Round of 64

St Michael’s moved into the last 32 of this year’s Junior Cup with a hard fought win over a very big and very physical Manorhamilton side on Sunday last in a game that had to be moved from Leitrim to Sligo due to the bad weather.

The TSDL side were the better team for most of the game, and had they taken more first half chances might have won more easily. However the home side to their credit showed good spirit in the third quarter to cause Saints a few problems, and could have made things very awkward in the end if they’d had just a little bit more quality.

The game was delayed by the move to Sligo IT and eventually kicked off with the visitors almost scoring within the the first minute following a free kick that gave David Slattery a snap shot on goal.

More chances came through Willie Armshaw, Shane Ryan and Paul Breen, before the Tipperary side took a deserved lead in the 21st minute when Armshaw who whipped in a cross which saw Shane Ryan dive bravely to head to the net, injuring himself in the process.

Saints went two up five minutes later when Colin Bargary powered a shot home from six yards after Paul Scanlon had given up a rebound from a Jimmy Carr effort following a Paul Breen cross.

But they were rocked in the 28th minute when Rangers Aaron Hickey hit a rocket from 25 yards out that zoomed into the net to cut the deficit back to a single goal.

The last major incident of the half after that say the Tipperary side claim a penalty kick after an apparent foul on Jimmy Carr but their protests were waved away.

The home side came well back into the game at the start of the second half and had two good chances through Seamus Ryan and Paddy Wolfe but Adrian Walsh was equal to both efforts.

The game now became quite open and both sides had chances to add to their totals, but for a combination of excellent defending and poor finishing, neither could register a score.

This means that  the green and white shirts of the  Saints will be seen again in this season’s competition, and no team will want to see them come out of the draw to face them, especially at their fortress in Cooke Park.