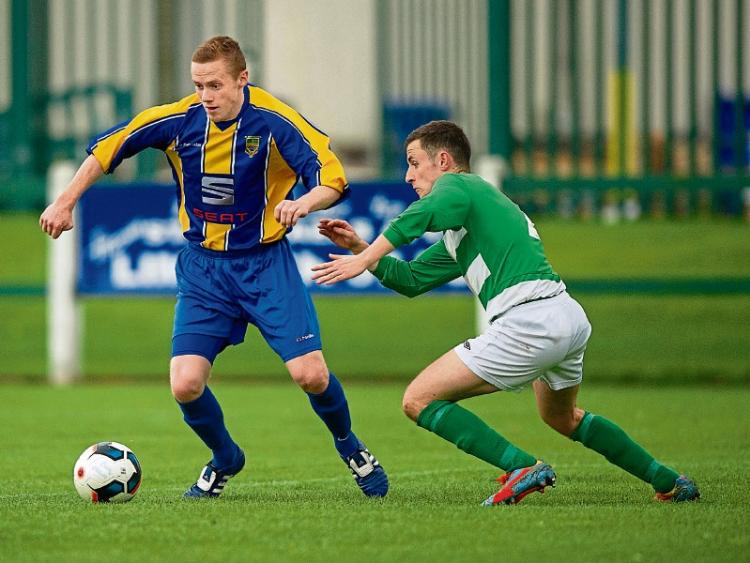 Jimmy Carr (left) scored four goals for St. Michael's in their away win at Cahir Park in the Clonmel Credit Union Premier League on Sunday last.

Cahir Park have had some excellent results since returning to the Clonmel Credit Union Premier League this season, and went into this game with a certain amount of confidence, but by the end of the afternoon they were more than glad to hear the final whistle to get away and regroup after being handed a footballing lesson by a rampant St Michael’s side.

From start to finish the visitors were in complete control of the game picking the hosts apart time and again after John Connery opened the scoring in the 12th minute. Jimmy Carr and Willie Armshaw followed suit in quick order and Sean Guerins struck right on half time to make it 4-0 at the break.

The Saints simply went from strength to strength after half time with Carr adding a second and his side’s fifth from the penalty spot five minutes in. Armshaw delivered the sixth and best goal shortly after when he nutmegged two defenders on the line before finishing to applause from both home and visiting supporters who acknowledged that they had just seen a little piece of footballing magic.

Another brace from Carr gave him four on the day and the game was rounded off by Ollie O’Driscoll late on.

Catch up with all the latest in Tipperary Sport on TipperaryLive.ie