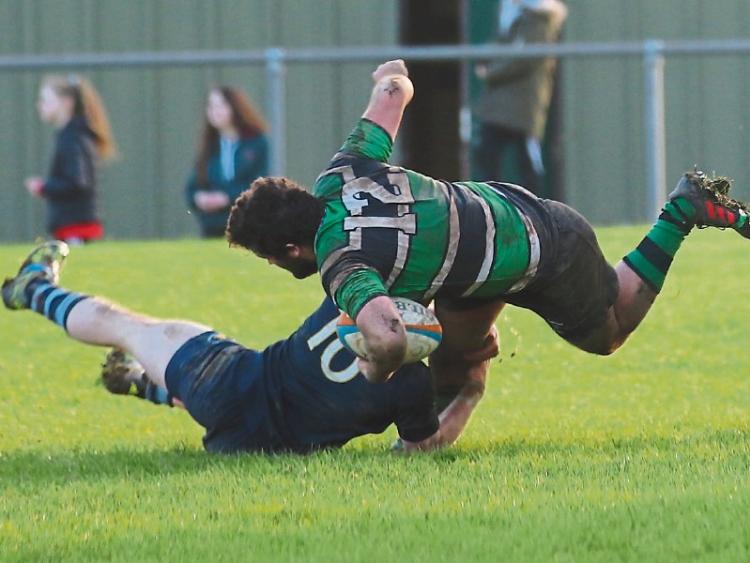 Kilfeacle travelled to Clonmel on Sunday last to face the formidable strength of Clonmel. By the time the 2:30 kick off came around, the large throng of travelling support from Kilfeacle coupled with the vocal Clonmel support had worked up a fever pitch of an atmosphere. Kilfeacle had a game plan and that was to start at high tempo, to score early and subdue the opposing support. Things sometimes don’t go to plan!

The game was played with great spirit and commitment with a lot of free flowing moves and running of the ball and Clonmel started well and Kilfeacle were not able to match their opponents. Tries from Dylan Cadogan and Greg Carroll along with a conversion and a penalty by Darren Cass gave Clonmel a 15-0 lead after ten minutes. Kilfeacle were struggling and looked like they were going to be on the wrong end of a cricket score unless they stopped the flow. After this opening frantic period Kilfeacle and District, through sheer endeavour and bravery stemmed the tide and for the next 10 minutes the game settled into a pattern, a pattern of defences being on top. However slowly but surely Kilfeacle realised that they were not only able to match their opponents but were at times competing better and started to win ball against the head in scrums, rucks and lineout.

After 25 minutes Kilfeacle’s territorial dominance was rewarded when after numerous phases of play they pushed over to score a try by Diarmuid O’Donnell, converted by Brodie Flannery. The score was now 15 points to 7 and the travelling supporters were starting to believe.  Kilfeacle no longer seem too fazed by their opponents and put together one of their best periods of play which ten minutes later saw them only five yards from their opponents try line with a lineout. Kilfeacle lost the ball in contact from the throw in and the relieving kick went bouncing into Kilfeacle’s half. The chase was on. Kilfeacle’s full back James Hogan collected the ball and drove straight through the Clonmel defence and  back into the Clonmel 22. His offload was received by Cian Ryan who passed to Shane Luby to set up the on rushing Jack McLoughlin to score a try which Brodie Flannery duly converted.

Clonmel, if they hadn’t already realised i,t were in a game.

The first half ended and the scoreboard read 15 – 14 to Clonmel as the half time whistle sounded.

Trailing by only a solitary point at half time, Kilfeacle were optimistic about achieving their goal and coming away with a win. Kilfeacle’s main concern at halftime was planning to continue to subdue Clonmel’s attacking options, thankfully and impressively this they managed to do. The second half started similar to the first half,  with Clonmel in the ascendency. However it was 9 minutes before they were able to convert their territorial advantage to points on the scoreboard when a second Cadogan try made it 20-14. Darren Cass uncharacteristically missed the conversion and another penalty 8 minutes later, which were to prove costly. Trailing by 6 points away to the league leaders with 18 minutes to go and buoyed by their late first half performance and a huge travelling support, Kilfeacle were on the ascendancy. Clonmel were now once again on the back foot and Kilfeacle were gaining the upper hand. The last try scored by Darren Lowry and converted by Brodie Flannery was not only a team effort but was a squad effort. 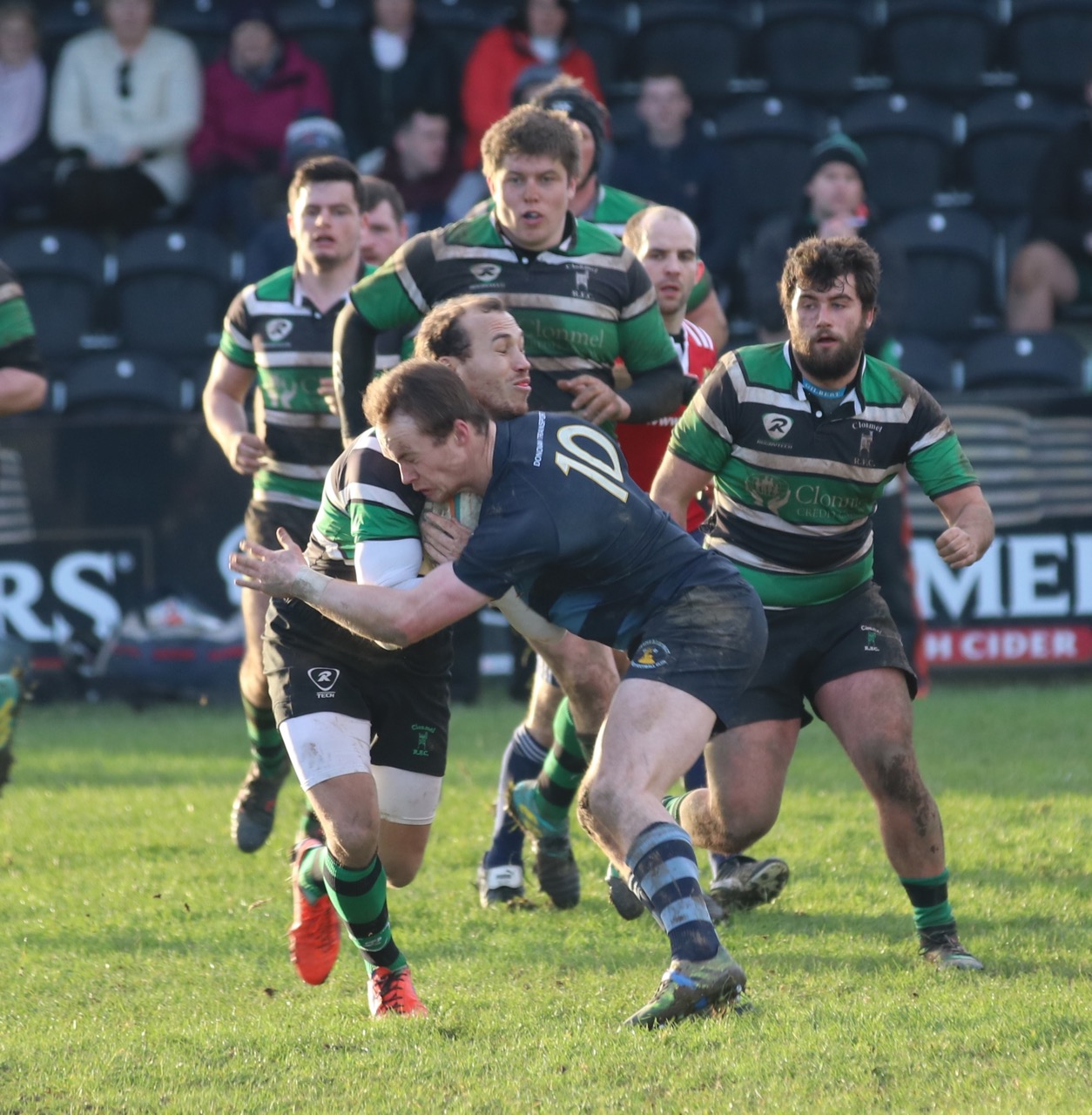 The scoreboard now read 21 points to 20 in favour of Kilfeacle and District.

This was a devastating blow to the Clonmel side, one they never managed to recover from. Kilfeacle once again attacked and were on top and could smell blood. Clonmel were doing everything to stop Kilfeacle from getting the bonus point and score.

Kilfeacle were only inches from achieving this in the dying seconds. However to the travelling supporters’ disbelief the ball was kicked to touch but disbelief turned to relief followed by ecstasy when the final whistle sounded to leave the final score at 21 points to 20 in favour of Kilfeacle and a historic victory was in the bag.

Kilfeacle looked a formidable team when they were playing as a unit and their ability to change to suit the conditions and rectify their problems at halftime seemed to be the difference between the two sides.

Every player wore the blue of Kilfeacle and District RFC with pride and did the club proud. The coaches have asked that no one person be singled out as this was a team effort.

Team captain Kevin Kinnane asked that the coaching and backroom staff get the mention they more than deserve. Everyone at the club was delighted with the result and the achievement. We are a small club with a big heart, a club that dares to dream.

The team as ever are proud and humbled by the amount of support they receive and hope that their supporters will continue to come along and support the “Boys in Blue”.

The season is not over yet!

Keep up with all the best in Tipperary Sport on TipperaryLive.ie