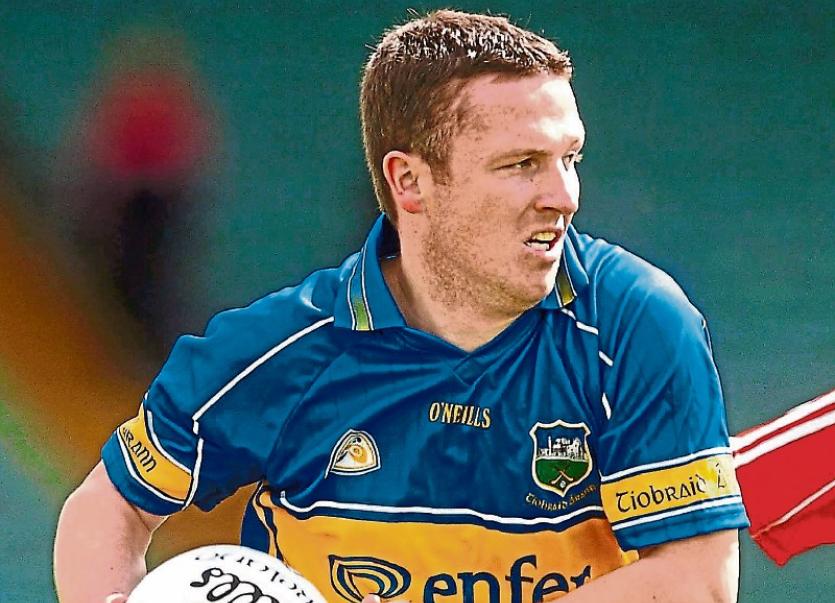 Declan Browne who was man of the match the last time Tipperary and Donegal clashed in a competitive senior football game - 2003.

We will take a look at that later (Tipperary v Donegal Preview and what Liam Kearns thinks of it) but before we look forward we must take a little nostalgic look back.

Tipperary and Donegal have for the most part operated in different football stratospheres for many decades now with clashes between the sides very few and far between.

Next Sunday's meeting will be the sixth between the sides, four times in the League and one championship game in 2003. Of the five previous encounters Donegal have won four, with Tipperary's sole success coming at the unlikely venue of Emly back in 1981 when the home side triumphed by 1-10 to 0-10.

Sub: AN Murphy for Hurley.

The Tipperary goal was scored by Clogheen's Benny Conway.

The only time the sides met in the championship was on Saturday, July 5, 2003 at Croke Park in a Qualifier game, the Ulstermen winning in the end by 2-19 to 0-15.

The counties did also meet in an All-Ireland under 21 semi-final at Parnell Park in Dublin in 2010; Donegal also winning on that occasion.

“This game was nip and tuck for long periods, and the outcome was by no means assured until the final ten minutes, when Brendan Devenney’s goal ensured their would be no romantic victory for Tom McGlinchey’s side.

“Donegal always looked the most likely of victors, but Tipperary were at no stage outclassed by Brian McEniff’s side.”

It was a Tipperary man, Declan Browne, however who outshone all others that day and the match report added:

“Declan Browne, with a personal tally of nine points, thoroughly deserved his man of the match award. The Moyle Rovers man terrorised the Donegal defence, and deserves at least an All-Star nomination,” prophetically wrote Ó Faoláin, as Browne went on to capture his second All-Star that year (his first in 1999).

Hard to think that Tipperary have won only one All-Star since, that by Michael Quinlivan in 2015 – and unfortunately MQ is currently out injured along with a plethora of first choice Tipp players as Liam Kearns’ side prepare to welcome Donegal to Thurles for the first time ever.

Declan Browne’s five points from play and four from frees “was added to with some sublime cross-field passes. Interestingly players in the Dublin-Armagh game (which followed) tried to play exact replicas of the type of crosses Declan produced, and came up rather short on each occasion,” the report went on.

Despite getting off to a poor start that day Tipperary trailed at half-time by just a point, 0-8 to 0-7.

In the second half Tipp drew level on four occasions, and they even took the lead twice.

“Five minutes from time Brendan Devenney, who terrorised the Tipp defence during the second half, goaled and Tipp’s brave challenge was put to the sword.

“Donegal finished off the Premier County with a second goal from Brian Roper and late points from their forward line. In reality they were no more than three or four points better than Tipperary,” wrote the unbiased Galwayman Ó Faoláin.

After the game Tipperary manager Tom McGlinchey announced that he was stepping down after three years at the helm.