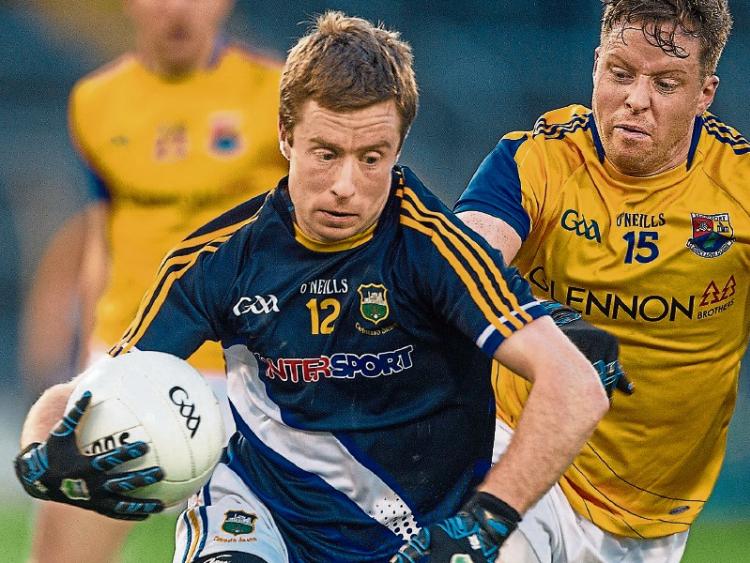 Brian Fox, Eire Og Annacarty/Donohill and Tipperary, whose red card suspension following the game against Armagh has been lifted. Fox can now play against Cork on Saturday night in Thurles.

At last some good luck for Tipperary footballers it seems.

The Eire Og Annacarty/Donohill player was sent off in the 25th minute of last Sunday’s National Football League Division 2 game, after he allegedly struck Armagh forward Jamie Clarke. It was something which baffled many Tipperary supporters knowing the type of player Brian Fox is and always has been on the field of play. Such a straight red card dismissal would normally have meant the Tipperary sweeper sitting out the following game, Saturday evening’s encounter with Cork at Semple Stadium, but at last night’s meeting Tipperary’s objection to the suspension was upheld.

Video evidence provided by the Tipperary County Board was sufficient to overturn the charge that Brian Fox had stuck with his hand and therefore the CCC saw fit to rescind the card which allows Fox to face ‘The Rebels’ on Saturday night.

It will be news well received by Tipperary manager Liam Kearns as his depleted side battle for valuable points at the wrong end of Division 2. Already without the services of many first choice players, including Michael Quinlivan, Bill Maher and Robbie Kiely, fresh injuries from last weekend’s game to Kevin O’Halloran and Paul Maher (in his first game back from injury) puts Tipperary under immense pressure as Cork arrive in Thurles. The availability of Brian Fox, scorer of two goals in the drawn game against Fermanagh, and two superb points in the win over Donegal, will be a boost to a team now fighting to save their status in Division 2.

Cork are in an even more precarious situation currently with just one point from their four games thus far in Division 2 and they know full well that nothing other than a win against Tipperary in Thurles will help keep them out of Division 3 for next year. Promises to be a good contest with a lot at stake.

Throw-in at Semple Stadium on Saturday evening is at 7 o’clock.