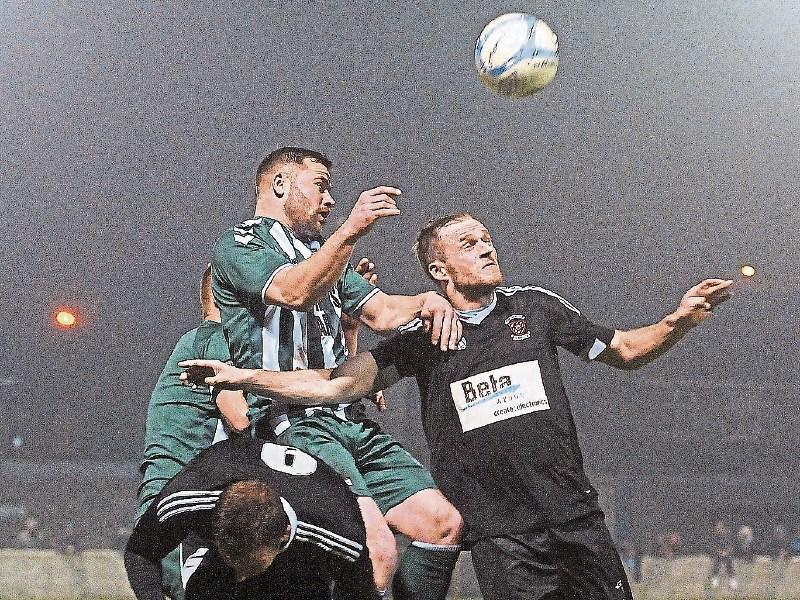 Joey Mulcahy was on the scoresheet for St. Michael's in their Munster Junior Cup win over Kilmallock of County Limerick.

Right about now is generally regarded as the business end of the season for the inhabitants if Cooke Park in Tipperary town, and once again the TSDL kingpins showed that they are going with all guns blazing to try to win Munster’s biggest Junior Cup competition.

In fact the Tipperary club are the record holders in terms of wins in this tournament and they will be fancying themselves to add another title after they secured a semi-final place with a win in Kilmallock on Saturday last.

The game was played in poor weather conditions but the Saints would have been well used to that after their win the previous Sunday in atrocious weather in Kilkenny. And they were on the button right from the very start here with defensive strong man Sean Guerin’s coming forward to put his side in front early on.

The Limerick side however were in no mood to roll over straight away and they got themselves back into the game shortly after when they caught the visiting defence napping.

But as the game progressed the Tipperary side came more and more into it, and eventually retook the lead with a Joey Mulcahy goal just before the break.

The hosts were on the back foot starting the second period after conceding this goal, and were now also facing a stiff breeze which made it harder and harder to clear their lines as St Michael’s began to get a tighter grip on the game.

And midway through the half it was Guerin’s who came forward to get his second and his side’s third goal that really broke the home sides resistance and spirit.

Jimmy Carr as is almost customary on big days at this stage got a goal to make it four and set his side up for a semi-final against Geraldine’s FC, in a repeat of a Munster Junior final from a number of years back.

Keep abreast of the the best in Tipperary Sport on TipperaryLive.ie