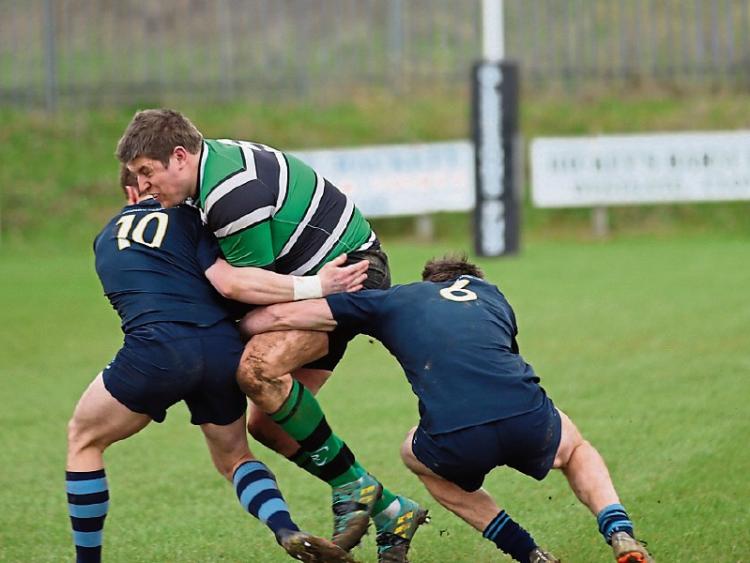 After their league glory last week, Clonmel looked for payback after Kilfeacle beat them in the league last January, and the payback was dealt with a dominant scrum and a flowing backline. But Kilfeacle did not make it easy, and held the lead for the majority of the match.

Kilfeacle started like wildfire, tearing into Clonmel, and it only took three minutes for them to score into the corner. They failed to convert.

They maintained pressure for the majority of the first half. A brilliant kicking game combined with a superior lineout allowed them to subdue Clonmel and turned the game into a dogfight. They got a penalty at 30 minutes, which put them into an eight points lead.

Clonmel eventually managed to wrestle their way up the pitch so Dylan Cadogan could slot a penalty to put Clonmel on the scoresheet. At half-time the score was Clonmel 3-8 Kilfeacle.

Kilfeacle were much more tactically astute throughout the first half, kicking so well  that Clonmel really struggled to attack, but the penalty was important to give Clonmel a gateway into a possible lead. The next score would be crucial for the match.

It was Kilfeacle however who got the first score again, taking a penalty to push themselves back into an eight-points lead. They followed up with two more penalties but they were missed.

Clonmel got into the game after the missed penalties, due to a beautiful set-piece. An inside ball allowed Luke Hogan to cut open the defence, but he still had a lot to do to get to the whitewash. Dylan Cadogan converted.

Clonmel’s confidence increased, and they used their ever dominant scrum to grumble over the line. Neville Melbourne fell on the ball to score, putting Clonmel into the lead for the first time, 15-11.

And Clonmel kept their second half resurgence going through Luke Hogan, as another little pop put him in for his second and final score of the match.

Two second half yellow cards didn’t help matters for Kilfeacle, but Clonmel showed their class and resilience in an extremely impressive second half performance.

Clonmel will now carry on into a Munster Junior Cup semi-final, confident after a great win.