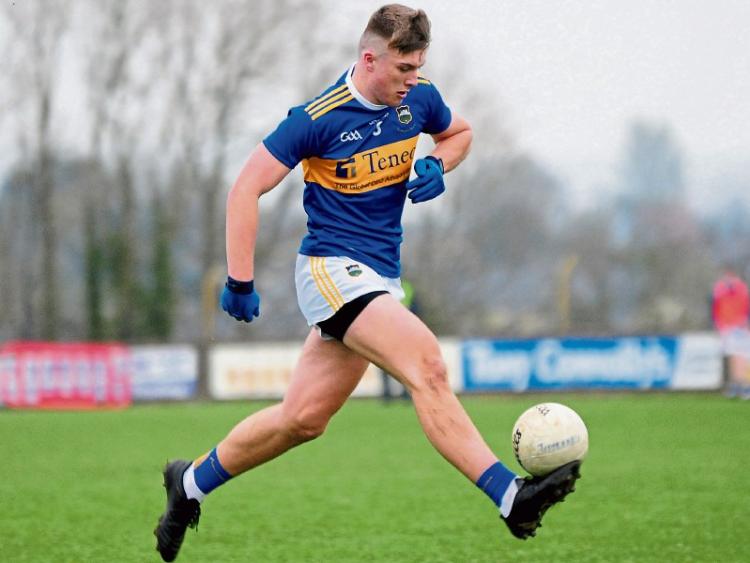 Tipperary minor footballers suffered a disappointing seven points defeat to Clare at Cusack Park, Ennis, on Wednesday evening in their second game in the Phase 1 three-game round robin new-format championship.

This result books Clare a place in the Phase 1 final, but Tipperary, who had a opening round win over Waterford last Wednesday night, can still earn their place in that decider if they get the better of Limerick next week in their third game.

Wednesday evening’s encounter though was a reality check for the Tipperary under 17s after the euphoria of last week’s 18 points win in Tipperary Town. Against much sterner opposition they came unstuck in what was a very strange game which seem to go away from them the further it went on. After a decent enough opening Tipp lost their way coming up to the break, but there was no doubting that Clare were the better team after the break.

The opening half went all of 21 minutes before a flag was raised as both defences reigned in. That opening score eventually came from Tipperary captain Kyle Shelly after good work by centre-forward Ben Comerford.

Christy McDonagh, who had a storming first half in particular, helped in the creation of the second point in the 26th minute when feeding Shelly who was then fouled as tried to get in around his marker. Paddy Creedon converted the close-in free.

And when a minute later a move worked through McDonagh, James Armstrong and Creedon saw the latter kick a fine point from 35 metres it was 0-3 to 0-0 lead for the visitors who were in a good position now as half-time approached.

In boxing parlance Tipp were well ahead on points but before half-time arrived it would all change dramatically when Clare seized the initiative in a very short spell.

A poor kick-out by Tipp was won by Clare captain Shane Meehan who ran at the Tipp defence before setting up Eoin Talty to shoot low past James Griffin for what was a hammer blow that put Tipperary on the back foot in a flash. Arguably it was a setback from which 'The Premier' never fully recovered.

Within a minute ‘The Banner’ were ahead with a point by corner-forward Conor Hassett. And before half-time they stretched that advantage to two when Diarmuid Fahey was fouled close-in and Shane Meehan kicked the free for a 1-2 to 0-3 lead for Clare that looked unlikely just minutes earlier.

On the resumption a superb individual point from Paddy Creedon inside 15 seconds gave hope of a Tipp revival but another Meehan free soon afterwards had Clare’s advantage restored to two.

A fine individual point by Conor Shanahan for Tipp in the 35th minute brought the score to 1-3 to 0-5 as the visitors tried to get back to where they were in the first half. However, Shanahan’s point would be their last point from play for the evening and they wouldn’t score again for 21 minutes  – a Kyle Shelly free – during which time Clare would assert their authority.

Coming under increasing pressure in wave after wave of attack, the Tipperary defence resorted to fouling and Clare converted three frees (Meehan 2 and Jamie Stack another) to lead 1-6 to 0-5 half-way through the second period.

Clare’s first point from play after the interval came 21 minutes in when a length-of-the-field move was pointed by Eoin Talty before their captain Shane Meehan had his first from play in the 57th minute (Shelly’s free separating these scores).

In the four minutes of added-time at the end Clare’s Jamie Sexton tapped over his second freeto wrap up the scoring at 1-9 to 0-6 points.

Overall, this was a big disappointment for Tipperary even allowing for the fact that Cusack Park is always a difficult place to get a result in either code at any level.

The poorly conceded first half goal was pivotal, it seemed to knock the wind out the young Tipp side and by the same token gave Clare an impetus that looked unlikely up to then.

The challenge now for Matt O’Doherty’s youngsters is to get over Limerick next Wednesday and earn themselves another crack at Clare in the Phase 1 final. If they can overcome those two hurdles they will gain the extra experience of more games against Kerry and Cork. Their fate is in their own hands still if they can rise to that challenge. If they do they will deserve their place at the higher table, if not they might be better off away from it.

Not many of the Tipp players will be too happy with their displays in Ennis, however, in defence Christy McDonagh and Tadhg Condon were trojan, while in spurts Paddy Creedon, Tom Tobin and Ben Comerford showed well. However, the forward division, who only had one point from play over the hour were well marshalled by a Clare defence who had their homework done. There is a bit of shaking up needed for next week now.

Clare's Shane Meehan and Cillian McGroary were their stand-out players on the night but the Rouine cousins around midfield, Eoin Talty, Alan Killeen and Diarmuid Fahy also put in strong showings.