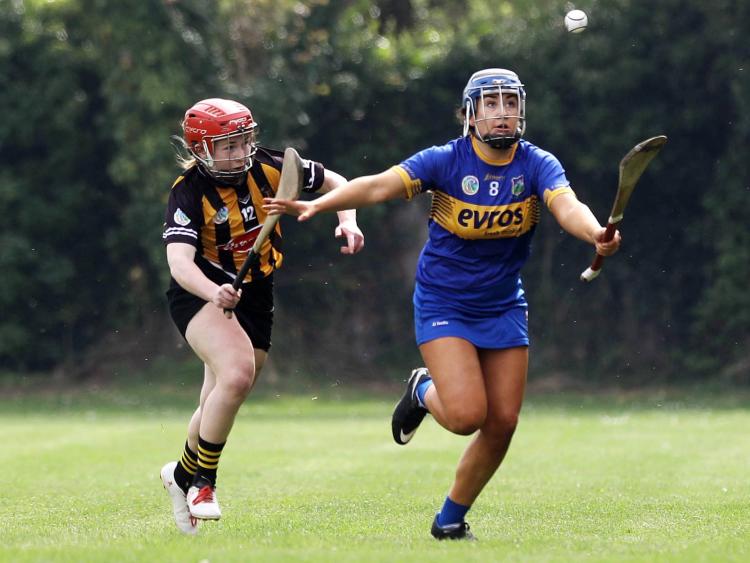 Shauna Quirke pictured in action for the Premier County against Kilkenny. Picture: Inpho

Bill Mullaney’s Tipperary intermediate team out-smarted, out-hurled and out-worked Kilkenny in the Littlewood’s Ireland National Camogie League division two final played at Banagher in County Offaly on Saturday afternoon. The Premier County won by six points in the end and were good value for that margin of victory considering their dominant display.

Kilkenny started particularly well and surged into a 0-3 to no-score lead inside the opening six minutes, but once Tipperary got a grip on proceedings the Premier County dominated the remainder of the opening half when out-scoring their opponents 0-7 to 0-1.

A key feature of this Tipperary display was the positioning of Sarah Delaney as a third midfielder for long stages of this contest; Kilkenny struggled to adapt to the tactical shape which Tipp managed to inflict on the game and although the Cats did create a couple of notable goal-scoring opportunities they persistently struggled against a physically-powerful blue and gold outfit.

Following the contest Burgess-Duharra’s Jenny Grace was presented with the player of the match award, but the accolade could just have easily found it’s way to corner-back Beth Ryan, full-forward Andrea Loughnane or, especially, Shauna Quirke in the middle of the field. Grace and Loughnane delivered some terrific scores for Tipperary, but Quirke represented the key bridge between the Premier County’s defence and their attack. 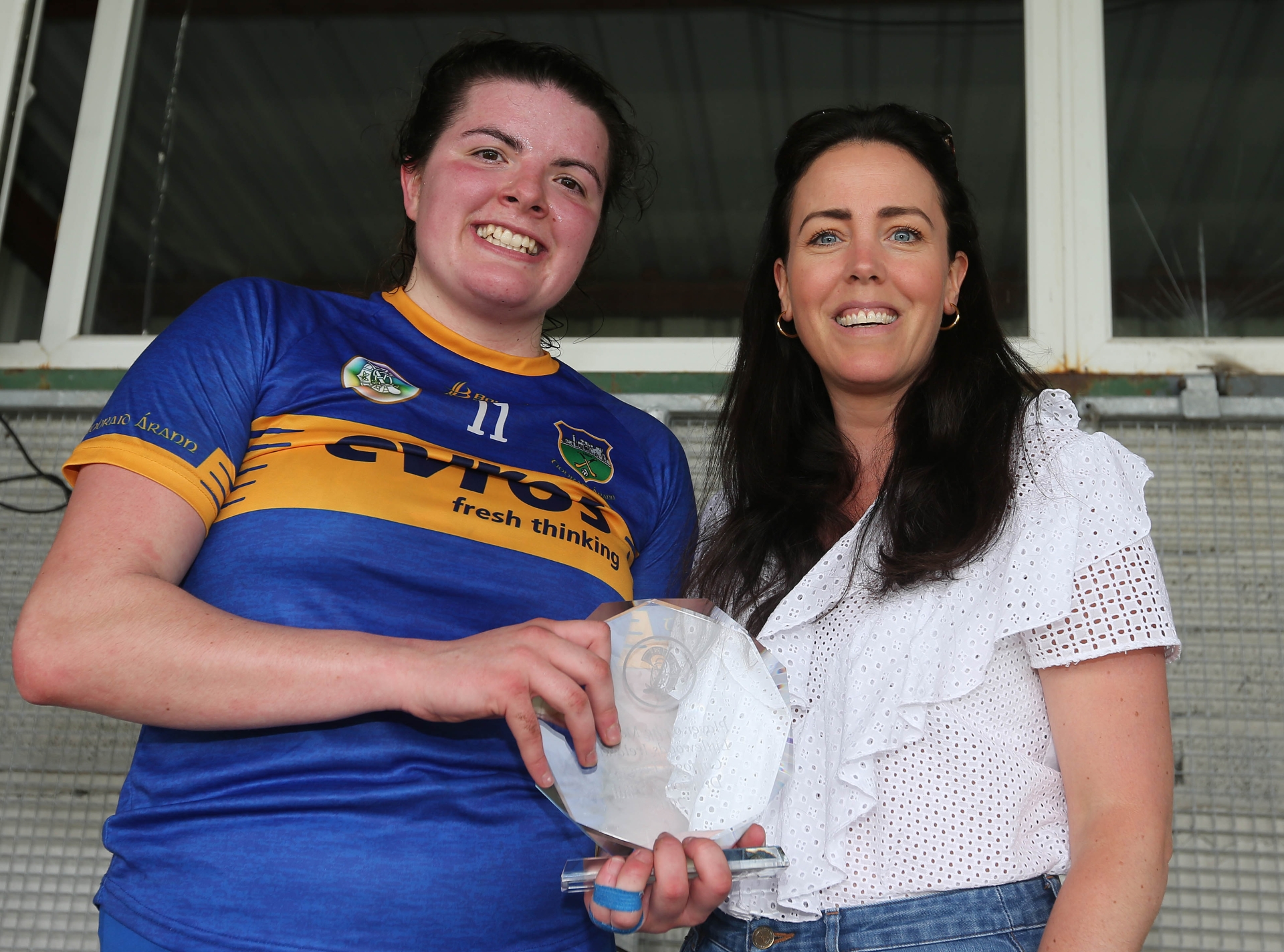 Katie Nolan (two frees) and Kelly Hamilton got Kilkenny off to an enterprising start, but Tipperary were encouraged too as early as third minute when Andrea Loughnane created a goal-scoring opportunity for Nicola Loughnane - unfortunately the Thurles Sarsfields star was hooked with the goal at her mercy.

Two Jenny Grace frees got Tipperary off the mark and into this contest before Shauna Quirke set up Andrea Loughnane for the equalising score in the 20th minute (0-3 apiece).

A Jenny Grace free presented Tipperary with the lead for the first time in this contest in the 21st minute and although Kelly Hamilton responded for Kilkenny the Premier County were well on top and re-claimed the lead when Niamh Treacy cracked over a terrific left-handed point in the 23rd minute.

Jenny Grace converted two placed balls late in the opening half before the Burgess-Duharra centre-forward won a ruck in the 33rd minute, drove forward and drilled over the point of the game to present Tipperary with a four-point interval advantage (0-8 to 0-4).

Two minutes into the second half Jenny Grace landed a free from her own 65-yard line (a strike which sparked a round of applause from both sets of supporters) before Grace (free) left six between them.

Jenny Grace and Shauna Quirke were both instrumental during the build-up to an Andrea Loughnane goal chance in the 35th minute, but the full-forward found the side netting on this occasion. Soon after, however, Andrea Loughnane notched a point following good work from Áine O’Dwyer and Tipperary led by seven (0-11 to 0-4).

With twenty minutes to play Kelly Hamilton notched Kilkenny’s first score since the 21st minute while Hamilton was denied a certain goal in the 41st minute when Beth Ryan got back to save the full-forward’s rasping effort on the line.

Another Hamilton free dragged Kilkenny to within five (0-11 to 0-6) with forty-two minutes played, but in the 50th and 51st minutes the hard-running Shauna Quirke provided the assist as Andrea Loughnane and then Áine O’Dwyer fired over cracking points for Tipp.

Ciara Phelan and Laura Green (free) landed late efforts for Kilkenny while Andrea Loughnane drilled over another superb effort in the 56th minute to cap a terrific individual display. 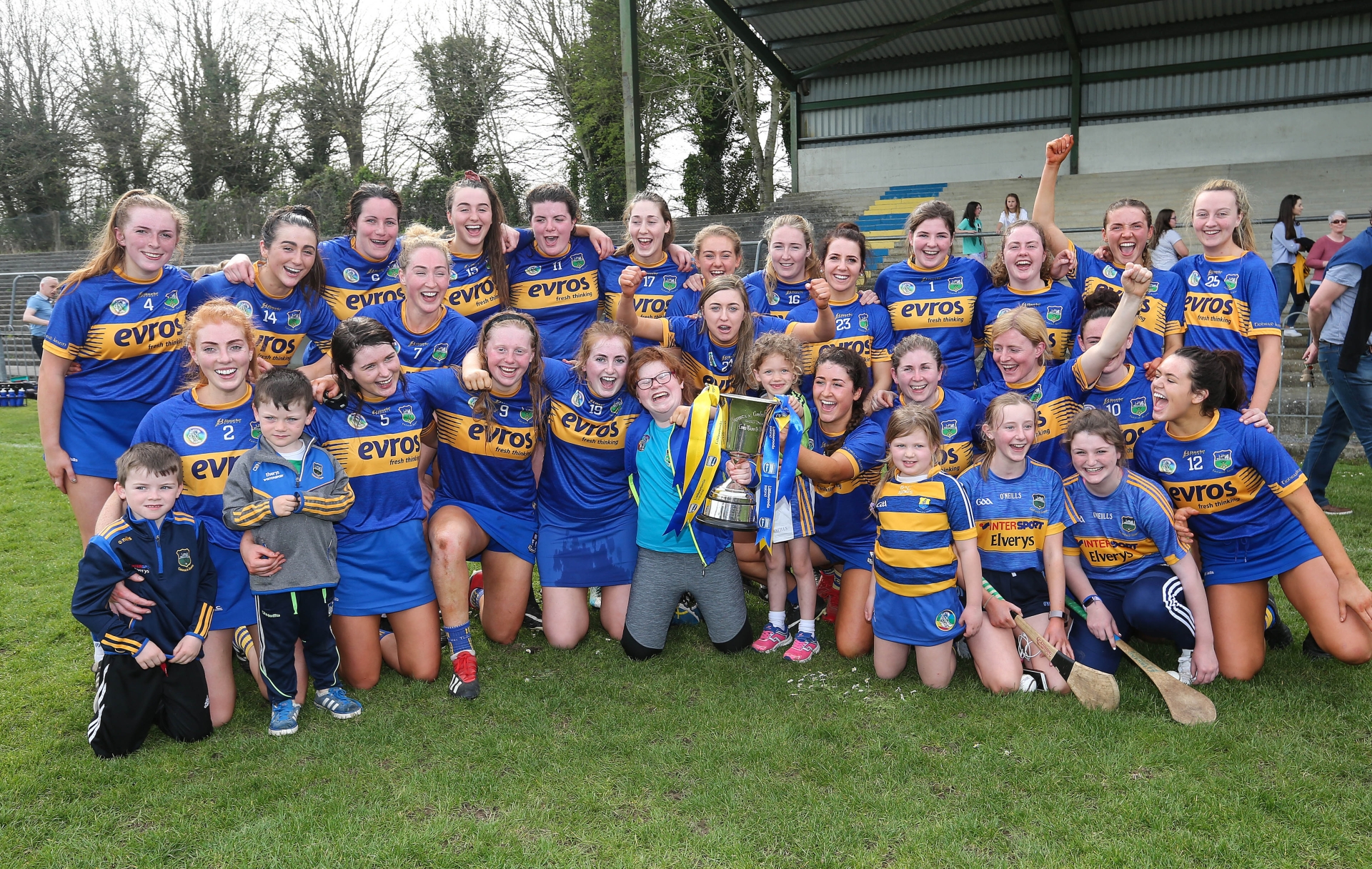