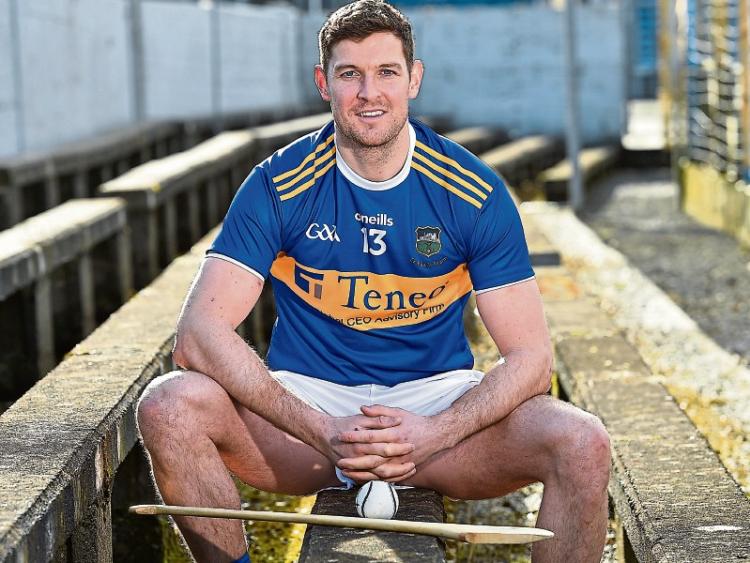 Seamus Callanan will be a crucial cog in the Tipperary attack

By any yardstick Sunday’s championship opener at Páirc Uí Chaoimh is big – big, that is, with a capital ‘B’.

The result may not carry the finality of the old style knock-out championship but the stakes are still extremely high for both counties. Win and you bounce forward optimistically with one foot already reaching for the knock-outs; lose and an entirely bleaker outlook presents with pressure levels ratcheting up several notches for remaining games.

The memory of last year is still fresh enough in our minds to fear an adverse outcome on Sunday. That initial loss to Limerick twelve months ago was season-defining.  It was tone-setting and mood-making and, in truth, we never recovered. We patched and bandaged the wounds from that day in the Gaelic Grounds but there was no true healing.

I dislike previews: too much speculation and conjecture and downright crystal ball gazing for my liking. I prefer the more solid ground of hard facts after the event. However, our brief this week is to anticipate, so that’s where we must go.

On preview weeks like this I always think of Donald Rumsfeld and that famous answer he gave back in 2002 about the known knowns, the known unknowns and unknown unknowns. He was speaking about Iraq and weapons of mass destruction but all these combinations of what we know and don’t know etc. could as easily apply to next Sunday.

Tipperary’s line-out is a definite unknown as I write – and an item of intense speculation wherever two or more hurling folk gather. We exited the league back on March 16 so it has been a long lead up to this championship opener. For the public that’s been the equivalent of a black out; for Sheedy and company there’s the in-house evidence of training and challenge games versus the likes of Laois and Offaly, which were hardly likely to reveal much of value in any case.

The curiosity around the team starts with the number one spot. Paul Maher seemed to be the favoured one during the league but I’ve heard suggestions since that Brian Hogan is pushing his claim strongly.

In defence four of the six seem assured with Barrett and Barry on the full line and the Maher siblings on the ‘forty’. The number four jersey has several contenders including Joe O’Dwyer, Donagh Maher, Alan Flynn, Killian O’Dwyer and Sean O’Brien. Where the management positions Brendan Maher will be particularly interesting. Will he complete the half back line or partner Noel McGrath or Michael Breen at midfield? If he goes midfield then players like Seamus Kennedy, Robert Byrne and Barry Heffernan come into the frame for wing back. The management’s thinking on all of this is a definite known unknown for the rest of us.

In attack I reckon there are about eight or nine players vying for the six spots. Jason Forde and Seamie Callanan will surely be there, with the former taking the frees. John O’Dwyer looks to be in fine form and should start also. Then you have Dan McCormack, Patrick Maher, John McGrath, Niall O’Meara and last year’s U21s such as Jake Morris and Mark Kehoe.

The management’s thinking on team composition remains an obvious unknown for the rest of us until all is revealed on Friday evening. On league evidence they’ve tended to be conservative so I’d be amazed if there’s anything as dramatic as last year when we sent out five debutants to face Limerick.

The Cork line out too will be eagerly awaited. Like Tipperary they worry about their defence and the loss of Colm Spillane to injury won’t help their cause in that regard. In attack, however, they have runners and hurlers who on their day can cause major problems for Tipperary. The lifting of the suspension on Seamus Harnedy has been a major boost and we’re well aware of the potential of players like Conor Lehane, Pat Horgan, Shane Kingston, Alan Cadogan and company.

Like Tipperary, Cork had a poor league run, albeit saving their best for their game against Limerick. Their final round game against Tipperary was a no-show, which can be dismissed as irrelevant to Sunday.

I’m surprised at the way some people are willing to dismiss Cork as some sort of failed entity. Remember they’re going for three-in-a-row in Munster this year, which can’t be bad given the competitiveness of the province. Besides they were within seconds of an All Ireland win in 2013 and last year missed out by the width of a Nicky Quaid flick. Unlike traditional Cork teams they’ve lost the knack of winning titles but they’re not far off and you dismiss them at your peril.

For Tipperary there are so many Rumsfeld unknowns which will only be revealed as this series unfolds. The class of 2010 has clocked up major mileage so we wonder if they can supply the energy once more. At the other extreme last year’s U21 class is untested at this level so we ponder what they can add to the mix. Apart from Jake Morris they have got minimal play time. Then you have the 'inbetweeners' such as Barrett, Forde, Breen, Ronan Maher, John McGrath and company who should be the ones to take over the baton from Paudie, Seamie, Noel, ‘Bonner’ and co but thus far they haven’t led the charge.

Either way then it’s likely to be a curious mix of a Tipperary team on Sunday. Liam Sheedy has had plenty of time to work on the blend since mid March but only the white heat of battle will tell us – and him - whether or not he has succeeded.

It’s a fascinating game to anticipate because apart altogether from the vagaries on this round robin system there’s the traditional factor between Tipperary and Cork which brings its own unique colour. The mastermind with all the stats, SO’D, tells me that Cork and Tipperary have played championship on 86 previous occasions with the rebels on 38 wins, Tipperary on 37 and the remainder made up of 8 draws and 3 unfinished matches. It’s a rich history of rivalry and I always feel there’s more mutual respect when these two meet than with any other pairing.

Home advantage is an obvious plus for the rebels. Historically we’ve fared poorly by the banks of the Lee and in any case home venue is seen as critical in this round robin series. It’s one of those areas where Semple Stadium offers little advantage to Tipperary but other venues can take on a fortress feel for the locals.

We went from 1923 until 2008 without an ‘away’ win against Cork. It sounds an amazing statistic but of course when you look closer you realise there were only seven meetings of the counties in Cork over all those decades. Limerick tended to be the favoured neutral arena before home and away arrangements came into play.

Still we had some painful days in the Cork capital including that ten-point pasting in 2010 before the great resurrection that denied Kilkenny their five in a row. I remember 1979 as a particularly hard to take defeat. The famine was still raging but there was a real sense of something stirring as the team won the league before going south for the championship and coming home a point short of a breakthrough. It is remembered for the Pat O’Neill miss at the end that could have sent the fixture to a replay but in fairness to the Cappawhite man there were many other factors to blame for that setback.

Despite that reversal things were starting to turn for the county in the late seventies. The minors had won in ’76 and the U21s started their three-in-a-row in ’79, so the green shoots of recovery were there. Unfortunately it would take another decade for those shoots to flower.

2008 was a watershed moment when Tipperary finally put one over on Cork on their home turf. As I recall it the team started poorly, going seven-down early on, before eventually winning by six. We came home winners again from Cork in 2012 so the perceived hoodoo has been banished in modern times. Let’s hope we can add 2019 to the list on Sunday.

Cork go into this game as marginal favourites on 5/6 against Tipperary’s 6/5. The odds are pretty even then which reflects the general uncertainty surrounding both camps. Inevitably big championship games take on a life of their own and no doubt Mr. Rumsfeld’s unknowns, whether known or unknown, will pop up. It might be an injury, a sending off, a refereeing call or some individual leaving a particular mark on the game. It might even be a collapse by one team or a show of unexpected excellence by another. Isn’t it the unknowns that make it all so fascinating? Anyway we’ll be wiser by around 5.30 on Sunday evening.

P.S. Someone posed the question recently: if Cork don’t win this year’s All Ireland will it be the first blank decade in their history? Answer: it will. You could argue that the 1880s was blank but there were only three All Irelands in that decade and from 1890 onwards Cork won at least one All Ireland in each ten year period up to their last hurrah in 2005.