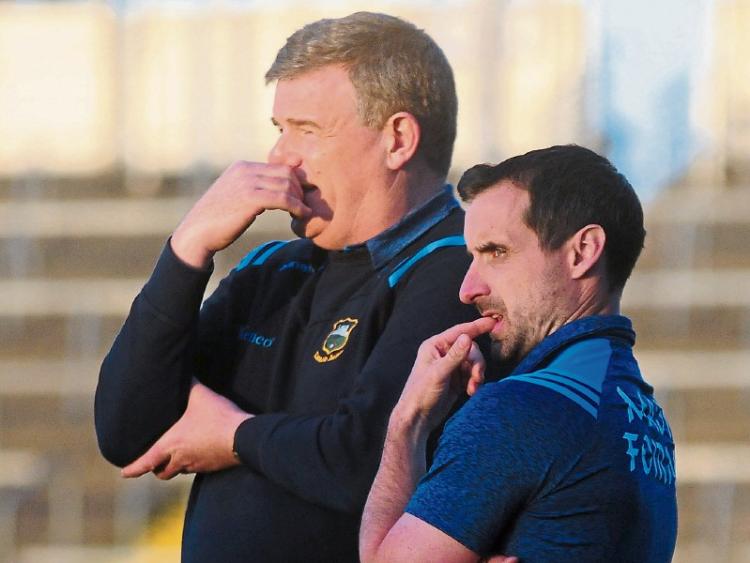 A half an hour after Tipperary’s shock defeat to Limerick at Semple Stadium on Saturday night last in the Munster SFC quarter-final, it wasn’t Tipp manager Liam Kearns who came to talk to the press, but rather team selector Shane Stapleton.

The Golden/Kilfeacle clubman didn’t attempt to hide the shock or disappointment that Tipperary we feeling in the immediate aftermath of what was a huge setback for the home side. He began by saying.

“We didn’t really see that coming. We didn’t underestimate Limerick. We knew what was in front of us but maybe we just over-estimated our own players. We thought we were in a better place than that. I know we tried to fast-forward recovery after the league with a few of the boys. We tried to get game time into them and get challenge matches, A versus B games, and whatever, but there is nothing like competitive games and maybe we got it wrong.

“We had too many lads off the pace and Limerick punished us and best of luck to them, you couldn’t say they didn’t deserve it. We were beaten a long way from home. And we have no complaints whatsoever.”

Midfield was a crucial area in the battle against Limerick and Tipperary didn’t really do too well there or on the kick-outs, admitted the Tipp selector.

”We were okay on our own ones but we really were in trouble on the Limerick ones. We tried to address it at half time and we tried to address it after half time. We got Jack Kennedy on to the team and brought Mikey (Quinlivan) out to centre-forward as an option. But we couldn’t win the breaks. It was just one of those nights.

“It  was one of the things that troubled us and that was a great platform for Limerick to attack us and they hurt us.”

Looking ahead Shane Stapleton had this to say..

“It is Year 4 for us and we said we would have one last cut at it and see if we could progress to where we were before. We are not going to go the main route now. We don’t hold the patent on that; some of the other big teams are going to lose first round matches too.

“We will see Tuesday night. We are after laying down a challenge to them now. We will dust ourselves down. We will come back Tuesday night and see and whoever wants to work will be there and whoever doesn’t….. I would like to think we are better than that and that we might show some bit of form going forward in the qualifiers.

“And it’s a tough dressingroom inside and there will be a lot of soul searching done for the next couple of days.”

Asked if it was as big a setback as relegation?

“I would say more!. We always tried to define ourselves on championship.

“We were very close to Division 1 a few years ago and whatever, and that would have been a great achievement for this bunch of players but ultimately when you don’t go out and perform in the championship that’s a serious worry. And yes, it is a bigger shock than the league.”

”We’re a gutsy, hungry, hard-working team and it just didn’t happen tonight. I don’t know why. We will go around and the management will have to look at that.

“So we will have to look at ourselves now and see can we get back to winning ways.”

What's up with Tipperary football?

“But the only thing is that we have a lot of firepower in there that can get us back on track if we put shoulder to wheel and if we all stay together. There is a lot worse dressingrooms in terms of potential and talent than that one in there and hopefully they will stay together and maybe right a few wrongs.”

“The appetite wasn’t there but as I said before that all can’t be on the players. The appetite shown by management and on the line and we changed things over the winter. We were conscious it was Year 4 and the appetite from all of us has to be top drawer. Please God we will show a bit of form.

“The biggest problem for ourselves is the long wait for the Qualifiers. It’s a long wait but at least it will give us time to get a bit of work done,” concluded Shane Stapleton.