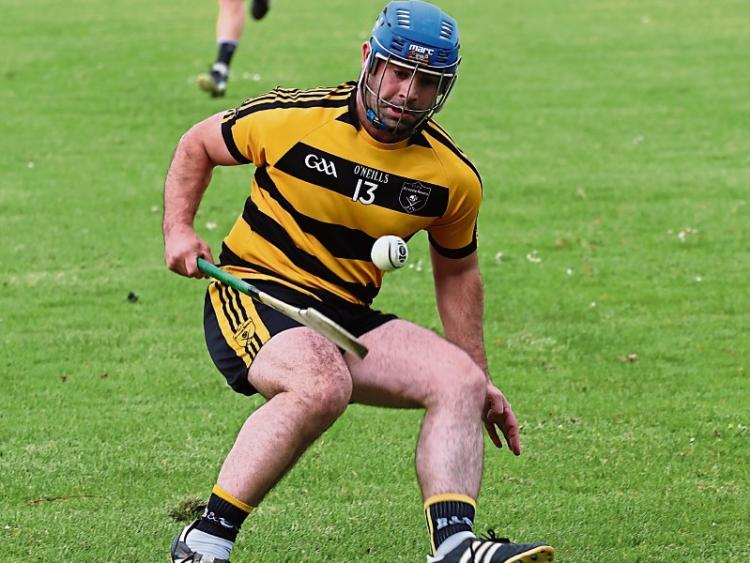 Two second half goals from Donagh Leahy and a late flourish of 1-3 in the last five minutes saw Arravale Rovers eventually break the resistance of a dogged Emly in what was a tough physical game in this Gleeson Concrete Junior A Hurling Championship encounter in Lattin, winning 2-15 to 0-10. Despite scoring just three points from play, Emly caused plenty of problems for Arravale Rovers in their first year down from Intermediate.

Scores were slow to come by in the opening quarter. Paddy Dalton pointed in the second minute to open Arravale Rovers account but it would be five minutes later before Emly opened their account with two points in as many minutes from Aiden O’Heaney, both from placed balls. While Aiden O’Heaney was Emly’s main scorer, the rest of the Emly forwards were causing problems for the Arravale defence.

Michael O’Dwyer playing at full forward levelled proceedings with Arravale’s second point from play. Arravale were creating chances but struggling to find the target. The O’Heaney’s Paul and Aidan combined to give Emly a two point lead, both points coming from play.

The latter would increase that lead to three points with another pointed free. Paddy Dalton and Aidan O’Heaney swapped points cancelling each other out. Arravale finished stronger and could have been ahead but again struggled in front of the posts. Paddy Dalton’s two pointed frees leaving just the minimum between the sides at the break, 0-7 to 0-6 in favour of Emly.

Like the first half the early exchanges were slow to light up the scoreboard.

Paddy Dalton levelled proceedings from play before Aidan O’Heaney responded at the other end from a placed ball. Emly had chances but failed to increase their advantage. The first goal eventually coming in the eight minute when Donagh Leahy found the net after Matthew Moroney’s initial shot was blocked.

It was a lead Arravale Rovers wouldn’t surrender but they would work hard to get their victory. Arravale were now creating chances and when Matthew Moroney was fouled bearing down on goal, referee David Grogan signalled a penalty. Jason McCarthy though saved Paddy Dalton’s effort. Dalton increased the lead to four with another point before Donagh Leahy added to his goal with a point from play.

Emly added their first score in twelve minutes with a pointed 65 from Aidan O’Heaney as the game entered the final quarter.  A goal now separating the sides. Points from Ciaran Lowry and two from Jonathan Ryan who had started corner forward now operating at wing back stretched Arravale’s lead to six points.

Jonathan Ryan’s second a superb effort from long range out by the wing on the stand side. Emly though in this period were not giving up and James Purcell was their target man at full forward. Purcell causing problems for Arravale full back Ger O’Dwyer as Emly tried to find a route to goal. Emly were awarded a twenty one yard free but this was saved by Arravale goalkeeper Thomas Gleeson.

Aidan O’Heaney pointed another free with five minutes left but it would be Emly’s last score of the game. Points from Paddy Dalton, Ciaran Lowry and Shane Leahy followed by a goal in injury time from Donagh Leahy wrapped up the victory for Arravale Rovers on a final score of 2-15 to 0-10.