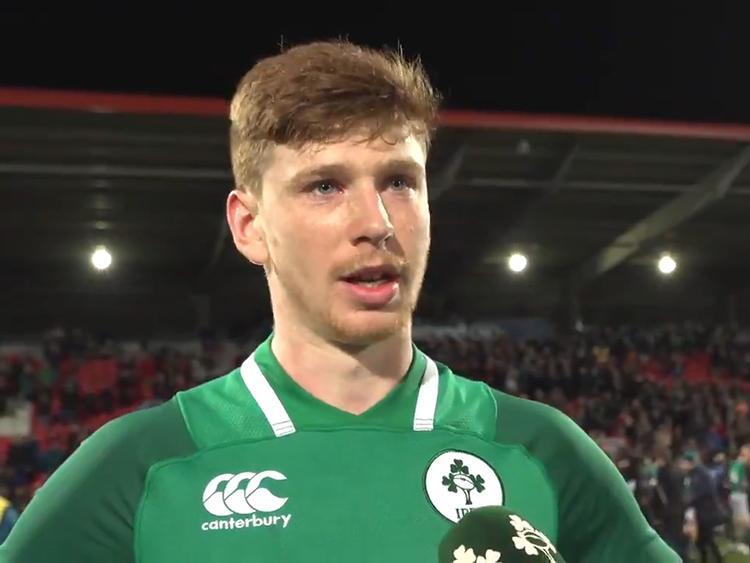 Tries from rising Tipperary rugby stars Ben Healy and Jake Flannery helped to put England to the sword in Ireland's 42-26 win over their near neighbours at the Under-20 Rugby World Championship in Argentina on Tuesday.

Ireland initially trailed 0-10, but six tries, including strikes from Ben Healy and Jake Flannery, saw Noel McNamara's men surge to a terrific win. Jake Flannery started the game while Ben Healy was introduced as a replacement.

Below you will find a video of Ben Healy's try in the 66th minute which propelled Ireland into a 35-26 lead.

Ben Healy scores in the left corner for Ireland from a Craig Casey pass, and Healy himself kicks the extras from the touchline.

Next up is the Jake Flannery strike which launched the Irish fight back from 0-10 down in the 11th minute.

Jake Flannery goes over, and the try is awarded after referee Damon Murphy confirms with the TMO that there was no knock-on.

Ireland will play all of their pool B games in Santa Fe at the Club de Rugby Atheneo Immaculada and will also compete against Australia (June 8) and Italy (June 12) - the games will be shown live on Eir Sport.