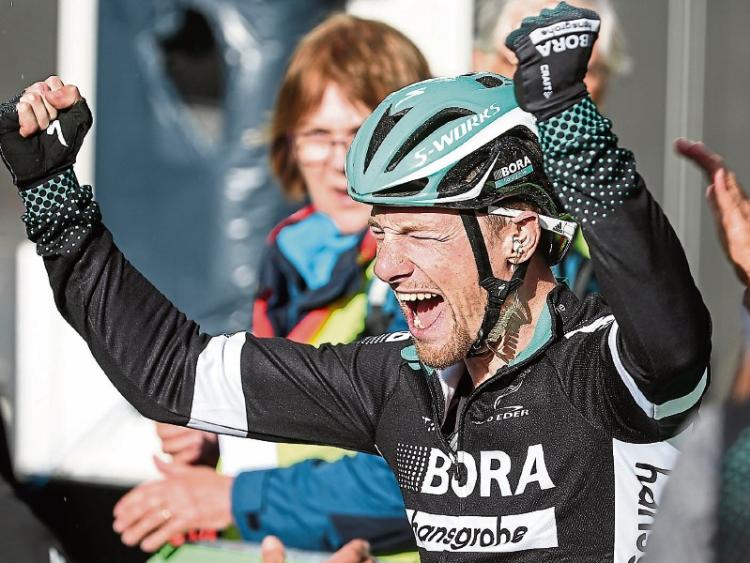 Carrick on Suir cyclist Sam Bennett clocked up his ninth victory of the season on Monday by winning the opening stage of the Binck Bank Tour in Belgium.

Bennett, who is a member of the Bora Hansgrohe team, earned the leader's jersey after winning the 167 km first stage of the race. The win has earned him the leader's jersey. He was two seconds ahead of second place Lukasz Wisniowski going into the second stage today (Tuesday).

This was his first victory since winning the Irish Road Race Championships at the end of June.