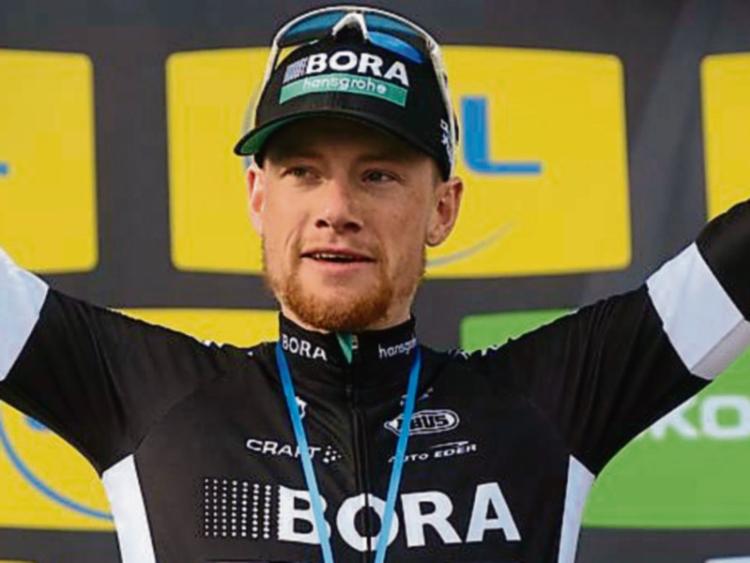 Carrick-on-Suir cyclist Sam Bennett lost the overall lead of the Binck Bank Tour in Belgium yesterday after finishing 15 minutes behind the winner in stage four of the race.

The fourth stage through the hills of the Flemish Ardennes was suited to cyclists strongest on hills and mountain roads. The stage was won by Belgian Tim Wellens of Lotto-Soudal in a photo finish.

While Bennett lost the leader's jersey after yesterday but he is wearing the points leader's red jersey on today's relatively flat stage to Vernay.

It has been an incredible week for the Bora Hansgrohe rider, who won the first three stages of the tour on Monday, Tuesday and Wednesday. The tour ends on Sunday.