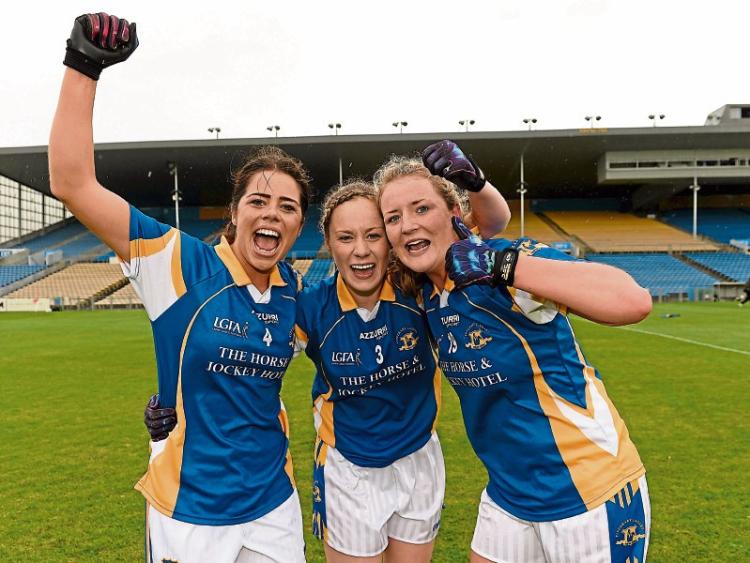 The Tipperary Intermediate Ladies All Ireland winning football team and panel will bring the Mary Quinn Cup to Rock an Thorabh, Glen of Aherlow on this Sunday  October 6  at 11am.

They would like to invite everyone to join them as they pay tribute to the memory of their former player and friend Rachel Kenneally. Those wishing to join the girls are asked to meet at the top entrance to Aherlow House Hotel by 11am, from where the walk will commence.

Rachel was an inspirational young teacher and former Tipperary GAA Football Star who sadly passed away after a battle with breast cancer in March 2018 at the young age of 26.

She was also a member of the Tipperary side that lined out in the 2013 TG4 All-Ireland Intermediate final against Cavan at Croke Park.

She  played in a National League Division 2 final in 2010, and Rachel was a Munster minor B Championship winner in 2009 and 2010, as Tipp went on to contest All-Ireland finals in both years.

At club level, Rachel appeared in the 2011 All-Ireland Junior club final for Club Aherlow against Sperrin Óg, and she was a county and Munster winner with her club in that same year.

A native of Ballyglass, Tipperary Town, Rachel was also a Giles Cup medallist in 2012 with Mary Immaculate College in Limerick, where she studied to become a primary school teacher.

Rachel made her debut with the Tipperary senior team in 2009, and played until 2014.

She had a passion for travel, which she carried through to her profession having taught in Dubai, where she played Gaelic Football with the local club.