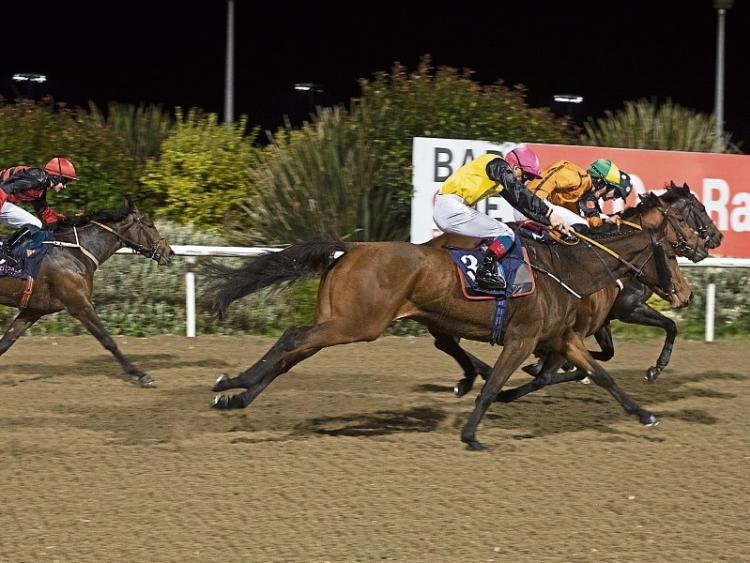 Killenaule youngster Gavin Ryan landed the second division of the apprentice handicap at Dundalk on the Richard O'Brien-trained Cautious Approach.

The 8/1 chance, in the colours of the Cautious Approach Syndicate, came through late on to beat the Denis Hogan-trained Farnese by half a length to give Ryan his 15th winner of the season.

Raya Time was a popular winner of the opening 2m maiden hurdle at Clonmel on Thursday for Rachael Blackmore and Henry De Bromhead.

The well-supported even money favourite, owned by Roger Brookhouse, had an easy time of it, going clear before the second last flight to win by all of 12 lengths.

Denis Hogan and conditional rider Paul Cawley took the rated novice chase on the card with the 10/1 chance Generator City. Always up with the pace in the colours of the Premier Racing Club, the six-year-old held a narrow advantage over the last and battled well to see off a pair of JP McManus-owned runners, the gambled-on 7/4 favourite Minella Time and Demi Plie.

Aidan O'Brien was the big winner at Dundalk on Friday night where he won the Listed Boylesports Irish EBF Star Appeal Stakes with Fort Myers. A 90th winner of the season for Donnacha O’Brien, the even money favourite got on top inside the final furlong and beat the Ger Lyons-trained Justifier by a length.

It was a welcome winner for the champion jockey who had seen his title rival Colin Keane bring his tally for the season to 93 winners with an early double at the meeting. Aidan Fogarty landed the valuable 7f fillies’ handicap with She’s A Babe which carried the colours of Theresa Marnane. Ridden by Leigh Roche, the 25/1 chance got up to deny the Joseph O'Brien-trained 4/1 favourite Crotchet by a short-head.

Trainer Andy Slattery and his nephew Ben Coen took the opener on the biggest day of the year at Tipperary on Sunday. The pair landed the 9f maiden for two-year-old’s with the well-backed 11/10 favourite Sunchart which scored a cosy four and three parts of a length success in the colours of Pat Garvey. The Eyrefield Stakes at Leopardstown might be an option for the winner.

Templemore trainer John Ryan built on a hugely promising run at the Listowel festival when landing the bumper at Tipperary on Sunday. Sent off the 5/4 favourite, the four-year-old had loads in hand under Liam Quinlan as he beat the Gordon Elliott-trained Escaria Ten by all of seven and a half lengths in the colours of Seamus Casey.