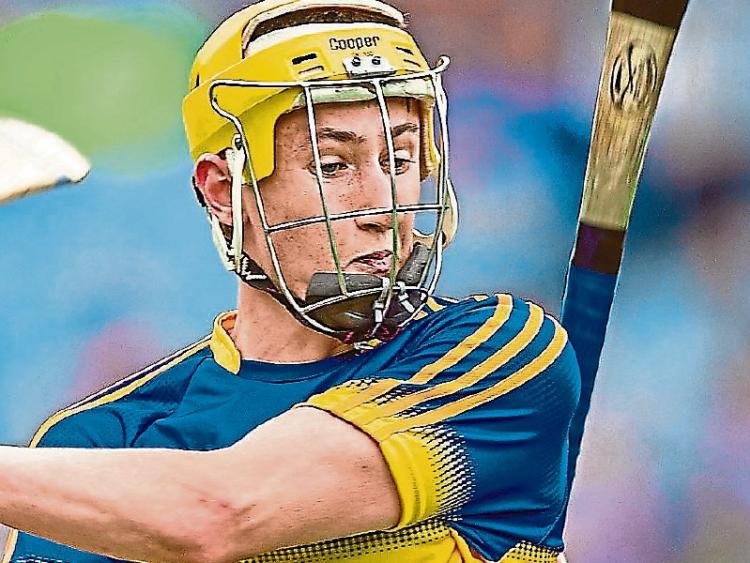 Kilsheelan/Kilcash powered their way to an impressive victory on Sunday against Moyle Rovers  in Clonmel to secure their passage to the  county intermediate hurling semi final.

It was an outstanding performance from the Kilsheelan/Kilcash team  that saw them comfortably dismiss the challenge of Moyle Rovers in a quarter final clash.

Kilsheelan/Kilcash were well worth their fifteen point winning margin having dominated all over the pitch  for most of the hour.

A ten point haul from Mark Kehoe, who put in a phenomenal display of ball winning , assisting and scoring, was  a stand out feature of the game but Kilsheelan  had leaders all over the field with so many making massive contributions to a wonderful team effort.

Moyle Rovers enjoyed their best spells at the beginning of each half but for the remainder of the game they were under enormous pressure as they tried to deal with a constant barrage of attacks.Rovers held the lead ten minutes in  at four points to three but Kilsheelan went on to score 1-8 without reply  and after a brief  surgre from Moyle Rovers at the start of the second half when they outscored Kilsheelan by three points to one in the opening eleven minutes Kilsheelan went on to dominate again reeling off seven points without reply to put the outcome of this contest beyond any doubt.

Mark Kehoe, with ten points(nine from  play) and his younger brother   Barry, with 1-8(1-1 from play) accounted for the majority of the Kilsheelan account .

Make no mistake though, while both the Kehoe's took their scores with some aplomb, a huge team effort was responsible for setting up those scores.The quality delivery from a half back line  of Paul Maher, who put in a towering display at centre back,  Mark Stokes and Eoin Kehoe provided the ammunition and the workrate of Bill Maher and Billy O Connor secured Kilsheelan the control of midfield.

Moyle Rovers appeared to be in a good position ten minutes into the game with scores from Shane Lonergan,Stephen Quirke, Danny Owens and Diarmuid Foley  which had them a point in front.

Moyle Rovers however did not score again until the 29th minute with a Brian Gleeson free  by which time Kilsheelan had taken a firm grip on the game scoring 1.8.

Kilsheelan were very easy on the eye during that period and they started to play with great confidence and style  as they picked off some outstanding scores  to pull away from Moyle Rovers.

They registered eight points in a deadly spell, all top quality strikes, before  finishing off with the score of the game , a goal that their efforts deserved after twenty six minutes.

Paul Maher found Mark Kehoe in a very good position  with a massive delivery from defence.Kehoe could easily have taken a point but        he spotted his unmarked brother lurking in front of the Rovers goal and his perfectly flighted ball across the goal reached its intended target and Barry Kehoe  cooly finished to the net.

In a devastating sixteen minute spell Kilsheelan had turned a one point deficit into a 1.11 to 0.4 lead to put themselves in an incredibly strong position.

Brian Gleeson,, took his free and added another from play for Moyle Rovers  before Mark Kehoe scored his sixth point of the half to leave the half time score at 1.12 to 0.6.

Moyle Rovers did respond at the start of the second half outscoring Kilsheelan by three points to one after eleven minutes but  their revival was short lived as Kilsheelan scored the next seven points without reply  to wrap up the game.

They could have had a second goal but for an excellent save by Ian Browne from Brendan Martin while Alex Harte in goal at the other end pulled off two excellent saves from Luke Delahunty as Moyle Rovers pressed for a consolation goal in the closing stages.

When the final whistle went  Kilsheelan were fifteen points clear, a performance that will give them huge momentum going into a county semi final against Sean Traceys.