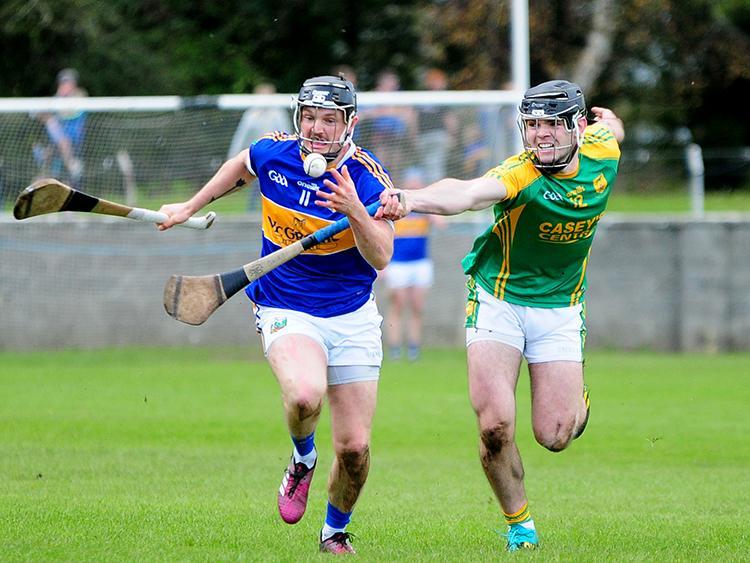 On Sunday evening the draws were made for the semi-finals of the FBD Insurance-sponsored county senior, Séamus Ó Riain Cup, intermediate and junior A hurling championships - please read on for a round-up of all of the action over the weekend and the draws for each of the respective competitions.

The draw was made for the semi-finals of the FBD Insurance County Senior Hurling Championship on Sunday evening and reads as follows: Borris-Ileigh v Kilruane MacDonagh’s and Nenagh Éire Og v Kiladangan.

All four quarter-finals took place over the past weekend.

On Saturday at MacDonagh Park in Cloughjordan Kiladangan beat Toomevara 3-12 to 1-12 in a thrilling quarter-final - you can read our match report on this contest by clicking here.

Meanwhile at The Ragg on Saturday Nenagh Éire Óg beat Éire Óg Annacarty-Donohill with sixteen points to spare (4-15 to 1-8) - please click here to read Michael Dundon’s report on this quarter-final.

On Sunday evening at Templetuohy defending champions Clonoulty-Rossmore exited the championship when losing out to a rampant Kilruane MacDonagh’s (1-23 to 1-10) - please click here for a report from Noel Dundon on this match.

The last of the quarter-finals took place on Sunday afternoon at Holycross when Borris-Ileigh got the better of Drom & Inch (3-11 to 0-18) - the report on this match will be published on the TipperaryLive.ie website later tonight.

In the preliminary quarter-finals Toomevara edged out Mullinahone (1-24 to 2-19) and Clonoulty-Rossmore beat Loughmore-Castleiney in a thriller (1-33 to 3-22) - both games went to extra-time.

Nenagh Éire Óg, last year's beaten county finalists, limped out of the North championship when losing to Burgess (0-11 to 0-14), but the Blues did account for Upperchurch-Drombane (2-21 to 1-15) and Burgess (2-23 to 2-17) during the group stage of the county championship while Nenagh also drew with Loughmore-Castleiney (0-20 to 1-17).

Borris-Ileigh booked their place in the quarter-finals courtesy of group stage wins over Clonoulty-Rossmore (1-18 to 1-15) and Toomevara (3-18 to 1-15). In the third round Borris-Ileigh fielded a weakened side and lost to Moycarkey-Borris (1-16 to 1-19), but Johnny Kelly's men knew at that stage that top spot in group two was already sewn up.

Two matches took take place recently to determine which two sides would make the drop to the Séamus Ó Riain Cup (Roinn II of the FBD Insurance County Senior Hurling Championship) in time for the 2020 season: Burgess survived when they beat rivals Portroe (1-18 to 1-16) while Moycarkey-Borris comfortably won their clash with Killenaule (3-19 to 2-16).

The last four in the FBD Insurance Séamus Ó Riain Cup are now known - please note that both finalists in the competition will be promoted to Roinn I of the FBD Insurance County Senior Hurling Championship in time for the 2020 season.

And, the draw for the semi-finals reads as follows: Templederry Kenyons v Holycross-Ballycahill and Mullinahone v JK Bracken’s.

Last week in Cahir Holycross-Ballycahill got the better of Carrick Swans in the quarter-finals (0-19 to 0-16) and Mullinahone beat Silvermines by a point (1-23 to 2-19).

Meanwhile on Saturday, October 12 the Templederry Kenyons beat Cashel King Cormacs with six points to spare (3-19 to 2-16) in Drombane and JK Bracken’s proved far too strong for Ballingarry (1-23 to 1-8) at Littleton.

On Saturday Golden-Kilfeacle edged out their West Tipperary rivals Knockavilla-Donaskeigh Kickhams (0-20 to 2-13) at Bansha. Meanwhile on Sunday Seán Treacy's proved too strong for Boherlahan-Dualla (1-17 to 0-14), Kilsheelan-Kilcash beat Moyle Rovers with fourteen points to spare (1-24 to 0-13) and Kiladangan dismissed the challenge of Shannon Rovers (3-13 to 1-11).

The results of the preliminary quarter-finals in the FBD Insurance County Intermediate Hurling Championship were as follows: Kilsheelan-Kilcash beat Ballybacon-Grange (2-10 to 0-7), Seán Treacy’s got the better of Moyne-Templetuohy (0-21 to 1-15), Golden-Kilfeacle dismissed the challenge of Moneygall (4-10 to 2-12) and Shannon Rovers beat Borrisokane (3-9 to 1-13).

The draw was also made last week for the FBD Insurance County Intermediate Hurling Championship relegation play-offs recently. A quarter-final was scheduled to take place on Saturday when Ballinahinch were fixed to take on Lattin-Cullen Gaels in Kilcommon, but that game was postponed due to a bereavement and will now take place at Dr Morris Park in Thurles on Tuesday, October 15 (7.30pm). The loser of that contest will progress to a relegation play-off semi-final against Ballybacon-Grange while Gortnahoe-Glengoole and Galtee Rovers meet in their respective relegation semi-final.

The draw for the semi-finals in the FBD Insurance County Junior A Hurling Championship reads as follows: Arravale Rovers v Nenagh Éire Óg and Toomevara or Carrick Davins v Clonoulty-Rossmore.

All four FBD Insurance County Junior A Hurling Championship quarter-finals took place over the weekend. On Saturday at New Inn Arravale Rovers beat Thurles Sarsfields with seven points to spare (0-23 to 0-16) while Clonoulty-Rossmore proved too strong for Loughmore-Castleiney in Borrisoleigh (3-23 to 0-20).

Meanwhile on Sunday at Leahy Park in Cashel Nenagh Éire Óg beat Skeheenarinky by two points (2-14 to 1-15) while the clash between Toomevara and Carrick Davins finished all square after extra-time (1-20 apiece) at Boherlahan.

The FBD Insurance County Junior B Hurling Championship semi-finals got underway on Saturday when Borrisokane beat Ballybacon-Grange (2-16 to 0-10) at Cappawhite. The other semi-final between Drom & Inch and Golden-Kilfeacle is scheduled to take place on the week-ending Sunday, October 20 - fixture details to be confirmed.