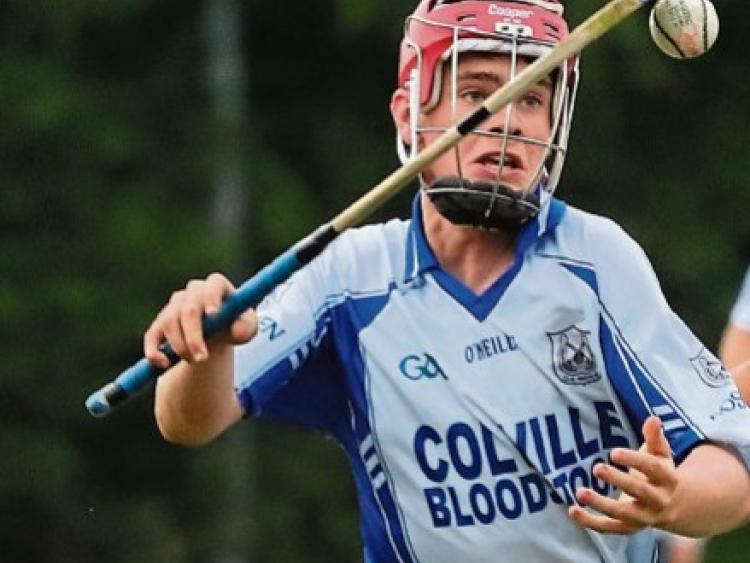 Sean Treacys proved too strong for Kilsheelan- Kilcash in an intermediate hurling county semi final in Cashel on Saturday as they secured their place in the county final against Kiladangan.

Kilsheelan-Kilcash could not repeat the form that brought them to the penultimate stage as they struggled to cope with the quality of Sean Treacys who recorded a well deserved victory in an entertaining game.

Against Moyle Rovers in the quarter final everthing went right for Kilsheelan-Kilcash but when they needed another big performance it did not materialise as close range frees and wides cost them dearly on a day when they could not afford to squader any chances.

Despite struggling to cope with the strength and quality Sean Treacys had Kilsheelan-Kilcash were still in the game until midway through the second half when Sean Treacys struck for the killer blow.

Sean Treacy's held a six point advantage at half time but Kilsheelan-Kilcash were still hanging in there until Treacy's made the breakthrough for the goal that their dominance deserved.

The goal, almost a carbon copy of the goal the Kehoe brothers created for Kilsheelan-Kilcash created the week before , settled the game.It was a stunning score with the excellent Jody Ryan picking out the unmarked Patrick Carey with a perfectly executed pass across the face of the goal that eluded defenders and the goalie alike.

Carey gathered the pass and made no mistake in blasting the ball to the net to give Treacys an eight point lead , 1.12 to 0-7 thirteen minutes into the second half.

Kilsheelan-Kilcash to their credit continued to battle away but they could never make inroads into that lead as Sean Treacys responded to everything that the south side could throw at them in the final quarter to run out winners by nine points at the final whistle.

From the very beginning of the game Kilsheelan-Kilcash were always on the back foot and found themselves five points to one down eighteen minutes into the game.Poor shooting cost them dearly in that opening quarter as Sean Treacys took control.

Kilsheelan-Kilcash's only score in that opening eighteen minutes came from Mark Stokes, who scored a total of threesuperb points from play from wing back.

His second came after twenty minutes with another storming run from wing back with Kilsheelan's only other scores in the first half coming from Brendan Martin, one of Kilsheelan's better performers on the day, and a free from Martin Gibbs.

Treacys had ten points to show for their first half efforts.Kilsheelans county player Mark Kehoe,who scored ten points(nine from play the week before in the quarter final), was well marshalled by Treacys captain Sean Hickey.

Kilsheelan did improve in the second half.Mark Kehoe began to have an impact and fouls on him resulted in scores from frees for Kilsheelan while Brendan Martin dropped deeper and began to make driving runs at the Treacys defence.

Treacys added on two points at the s tart of the second half to extend their lead to eight.Martin Gibbs responded with three frees for Kilsheelan to reduce the deficit to five but Treacys goal thirteen minutes into the second half put an end to any hopes Kilsheelan might have entertained of catching their opponents.

The goal put eight points between the teams and seconds later the excellent Sean Ryan, who put in a top performance, scored a wonderful point.

Kilsheelan did match Treacys score for score for the remainder of the game. Their scores came from a Mark Kehoe free,( which was his only score of the game) three Martin Gibbs frees and Mark Stokes picked off his third score, another outstanding strike from wing back.

But whatever Kilsheelan could muster it was matched by Treacys.Pat Carey's score with three minutes left from an impossible angle while surrounded by a number of defenders was the point of the day capping off an excellent perfromance from the Treacy's full forward.