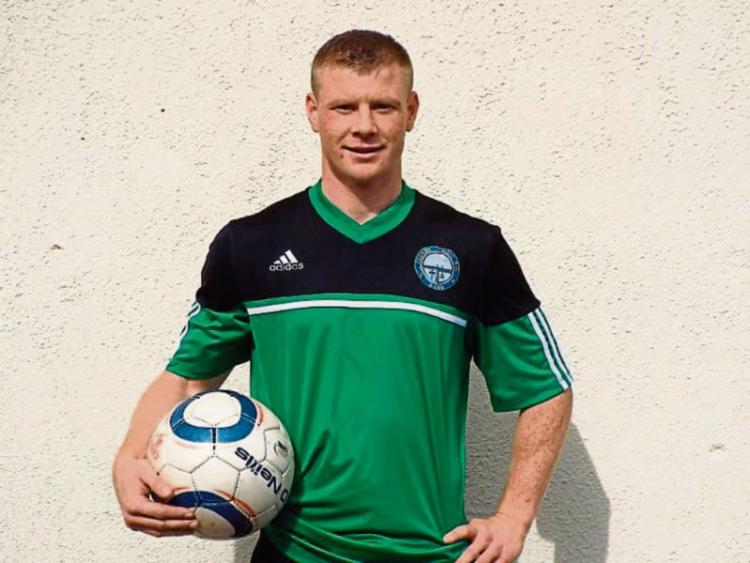 Munster Junior Cup holders St Michael’s did more than enough to win this second round tie against a very game Slieveardagh side who battled all the way to the end before bravely bowing out.

There was also a small bit of history made on Saturday, with this game being the only one to survive the weekend’s bad weather, courtesy of it being the very first game ever played on the new 3G artificial turf recently laid at the Canon Hayes Centre in Tipperary town. Given the success of the game it’ll surely not be the last game played on what is a fantastic addition to the town’s sporting facilities.

On a wet and windy day, Saints had the aid of the breeze in the opening half, and they used this to their advantage right for the beginning, opening the scoring in only the seventh minute when a well-played through ball saw David Joyce slot home.

They made it two only four minutes later Willie Armshaw got in behind the defence and squared for John Connery to easily tap over the line.

And Armshaw himself made it three in the 21st  minute when his left foot shot went in off the left post. This put the home side in a very strong position, but credit to the Ballingarry team, they regrouped and kept their hosts out for the rest of the half, while making a few half chances themselves which they were unlucky not to convert.

The home side began emptying  the bench at the beginning of the second period, and they were still adjusting to the new personnel when the visitors pulled a goal back four minutes into the half when a ball over the top saw Martin Phelan show deft ball control and a good finish past Derek Breen to make it 3-1.

Stung by this the home side went straight down the field and Olly O’Driscoll finished well from a John O’Brien pass to restore their three goal cushion. Olly O’Driscoll and Danny O’Brien twice in the same play went close to scoring around the hour mark, before the hosts added a fifth in the 64th  minute when Richie Ryan found John O’Brien whose right foot effort found the net.

Straight away another long ball saw Seanie Guerins misjudge a back header and Jonathan Ivors got in to pull another goal back for Slieveardagh making the scoreline 5-2, the way the game finally ended twenty five minutes later.