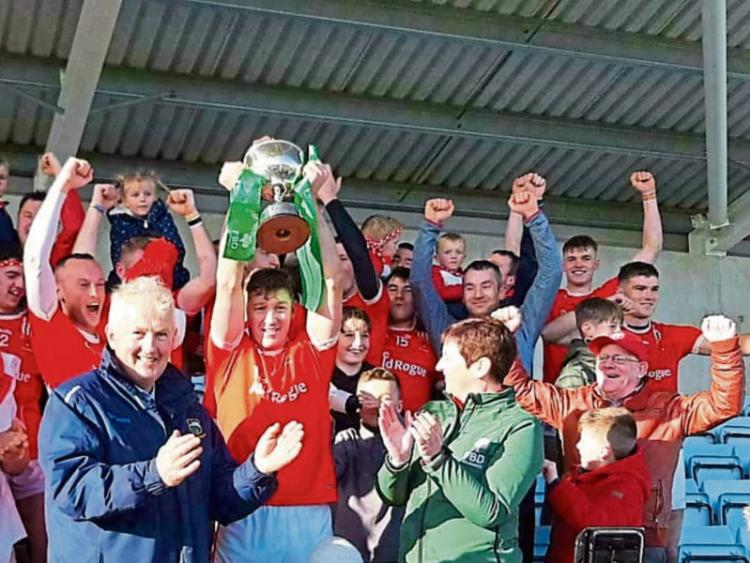 Carrick Davins were crowned County Tipperary Junior ‘A’ Hurling champions in the final played in Bansha this afternoon (Saturday) with a fully deserved seven points victory against Arravale Rovers thanks mainly to a storming second half performance.

The Carrick-on-Suir club will now make an immediate return to the intermediate grade after just one year back at junior and no doubt, with their proud hurling tradition, will be anxious to drive on again and work towards regaining the senior status they surrendered in 2013.

While today's final score might indicate it was comfortable enough outing for the South team, for long periods of this game there was little to separate the sides. Indeed Arravale Rovers went into a 1-3 to 0-3 lead after early substitute Jack Lowry goaled in the 12th minute. However, a battling Davins, playing against a stiff diagonal wind in the opening half, hurled away and had edged into a vital one point lead by half-time.

That healthy position which the Davins took to the break was chiefly down to the performance of Patrick Harris who scored seven first half points, including five frees, a few of which were from good distances or tight angles, or both. Either way they all counted and gave rousing inspiration to the team in red. Lee Mackey was also inspiring at the heart of their defence during that opening period as Rovers tried everything to get the upper hand.

The game’s crucial moment came just seconds after the re-start. Davins captain Lee Mackey took control of a ball in his own half and stormed through the middle, linking up with Willie O’Dwyer who passed to Luke Faulkner. The corner-forward then pulled clear of his marker to drive low to the corner of the net. After just 12 seconds it was a dream re-start for the Philip Ivors managed side and it gave Davins real belief that,  after many disappointing days in recent years, this was to be their day.

Davins were now four points clear but Arravale Rovers kept plugging away and had the deficit back to just two points by the 42nd minute with two particularly fine points from Jack Lowry and Ger Halligan. It was still all in the melting pot before Carrick Davins had their second goal which in effect killed the game off. 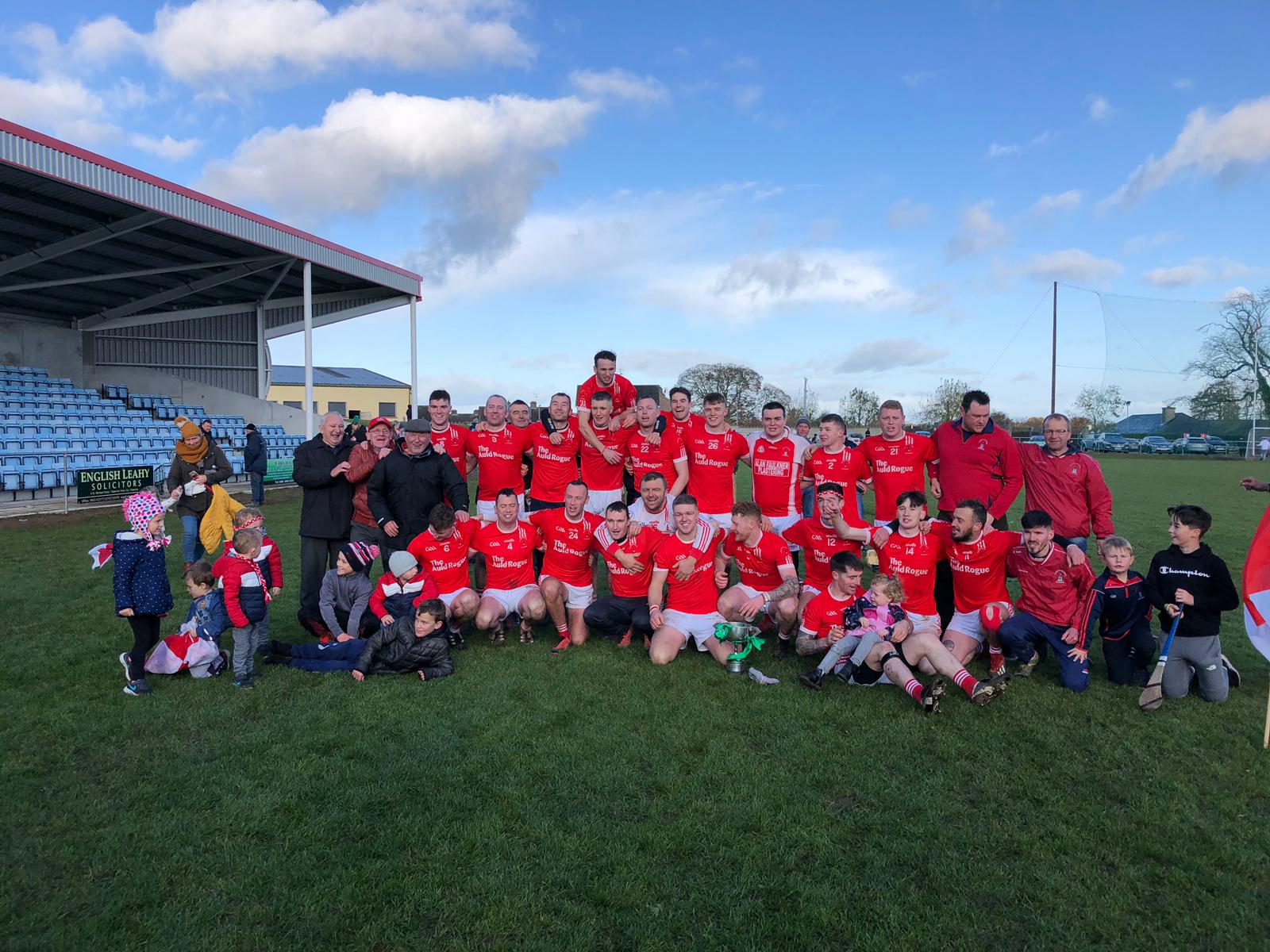 It came in the 49th minute when a long delivery in by Willie O’Dwyer broke and Patrick Harris with a swift left-handed ground stroke rattled the back of the Arravale Rovers net and put the Davins 2-13 to 1-9 clear with 12 minutes still to play.

Thereafter there was to be no way back for the West Tipperary side. The Davins having lost a six points lead to Skeheenarinky in the drawn South final last month - a game they eventually lost by a point in the replay - were not in that same benevolent mood on this occasion.

Over the course of the last 10 minutes or so both sides tagged on three points apiece, Rovers' all from Johnny Ryan frees while Conor Whelan from play and Patrick Harris with two frees ensured the Walsh Cup would be celebrated in Carrick-on-Suir on Saturday evening.

While Patrick Harris and Lee Mackey stood out with huge performances for the champions, this was undoubtedly a magnificent battling team show from all the Davins.

In goals Gerard Robinson made amends for perhaps not dealing better with the Arravale Rovers goal in the first half by making an important save from Ger Halligan in the second half when the game was finely balanced.

The full-back line had some shaky moments early on but settled well thereafter, Stephen Cronin particularly solid on the edge of the square, while the wing-backs of Adam Foran and Jamie Houlihan hurled loads of sliotar throughout.

Around the middle Michael Ryan and Billy Roche did tremendous spade work over the hour. While in the forwards the likes of Luke Faulkner, Conor Whelan (who hit two excellent points) and Willie O’Dwyer contributed most.

Arravale Rovers after a decent start failed to build on their early goal and didn’t capitalise on a couple of other early chances when the Davins hadn’t settled so well.

In the likes of Darren Lowry, Mikey O’Dwyer, Tipp county under 20 all-Ireland winner Johnny Ryan, Donough Leahy and Matthew Moroney they had players who gave it their best shot. Having stunned Eire Og of Nenagh in the semi-final, they might have figured this was to be their year, but this time they had to give second best to Davins.

PS: Well done also to Galtee Rovers who once again stepped in for a re-fixed county final and full marks to all local clubmen who again ran it excellently. It doesn’t always happen, but Galtee Rovers always do it spot on. Well done Galtee Rovers/St Pecaun's GAA Club.