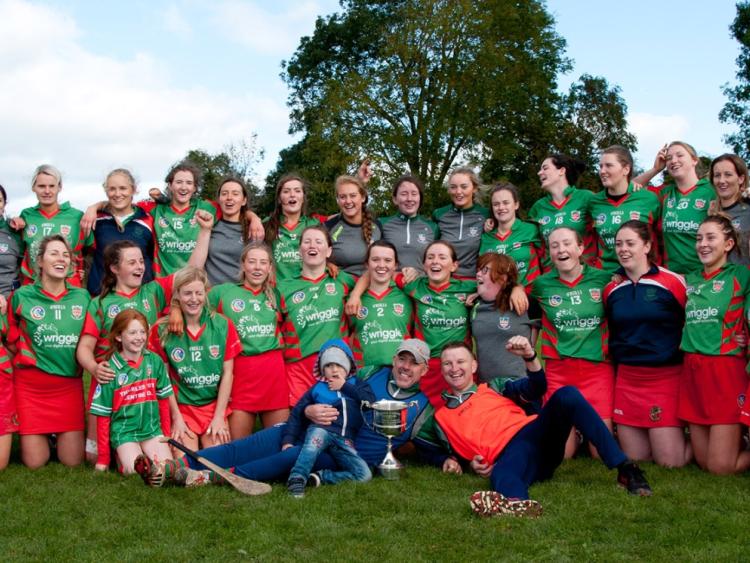 Drom & Inch were narrowly beaten by Clare’s Scariff-Ogonnnelloe at Cappamore on Saturday afternoon in the final of the Munster Senior Camogie Club Championship - having faced a driving wind in the opening half the Tipperary champions trailed by a manageable six points at the break, but failed to reel in their opponents in a frantic finish.

Mairéad Eviston, Aoife McGrath, Niamh Treacy and Siobhán McGrath were absolutely outstanding for Drom & Inch, but it is probably fair to say that Scariff-Ogonnnelloe deserved to edge this one. The Clare champions proved themselves to be the slightly more accomplished side over the course of this decider, but it is also worth noting that full-back Susan Daly had to play out of her skin in order to hold Drom & Inch at bay, especially during the second half.

Drom & Inch conceded 1-3 without reply inside the opening fourteen minutes when Marian Rodgers (1-1) threatened to run riot - the full-forward’s goal materialized in the fourth minute while Jennifer Daly added a point from play and Aisling Corbett landed a mighty free from long-range.

Pat Ryan’s Tipperary champions, however, steadied themselves and held Scariff-Ogonnnelloe scoreless for seven minutes before Mairéad Scanlan (free) extended her side’s lead in the 21st minute.

At this juncture Drom & Inch appeared to have battled their way into an encouraging situation - Aoife McGrath led a disciplined defensive effort during the opening half and with Niamh Treacy winning possession and driving forward to eye-catching effect you suspected that the Tipperary champions could rescue the situation when playing with the aid of the strong breeze. Indeed, the predicament looked all the more encouraging when Drom & Inch proceeded to score the first four points of the second half to close the gap to a single point (0-7 to 1-5).

An Eimear McGrath ’50 preceded Drom & Inch’s first score from play in the 36th minute - Eimear McGrath grabbed Aoife McGrath’s sideline ball and opted to long to Miriam Campion who won a terrific ball over the head of Susan Daly at full-forward and belted over a rousing point.

Then Siobhán McGrath - a real candidate for the player of the match award alongside Aoife McGrath - landed three successive points from play. Aoife McGrath, who else, provided the assist for the first, Dee Dunne for the second and Joanne Ryan for the third. And, it is worth noting that Siobhán McGrath flashed over two shots off her left and one off her right.

So, with just seven minutes of normal time to play (plus the ninety seconds of injury time allowed by referee Andrew Larkin) and trailing by a single point (0-7 to 1-5) Drom & Inch were odds-on to claim the provincial crown.

To their credit, however, Scariff-Ogonnnelloe dug in superbly and Mairéad Scanlan managed to belt over a vital point in the 55th minute.

Miriam Campion was fouled for a free, which Eimear McGrath converted, soon after and although Drom & Inch fought valiantly to carve out an equalizer Scariff-Ogonnnelloe ‘keeper Aisling Corbett sealed the win for her side when converting a free in second half injury time.